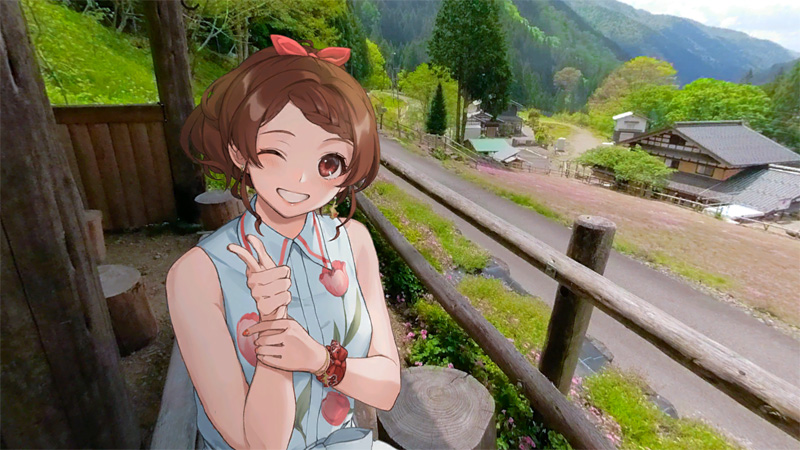 The franchise recently revealed the new heroines for Fuuraiki 4. This time around, the three main girls you might meet are Hiyo Yuhara, Shizuru Unose, and Chiari Mori. 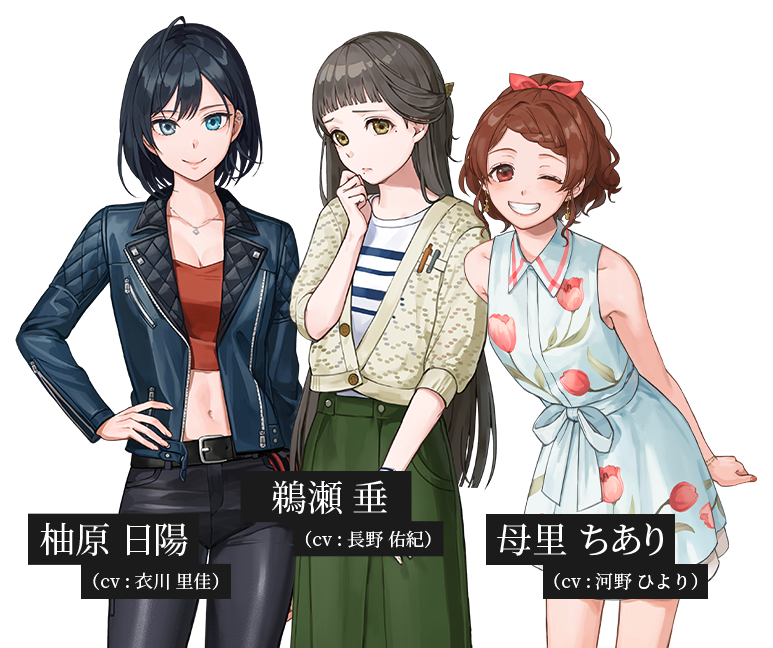 The game is a combination travel adventure/dating sim. In the game, the player travels by motorcycle to Gifu Prefecture, a mountainous, landlocked area near Nagoya. Like the previous games in the franchise, the game uses real roads, real-life scenery, and real 360-degree views. It’s like you’re actually touring around the rural Japanese countryside. Just look at this trailer:

According to Famitsu, Hiyo (voiced by Rika Kinugawa) is a motorcycle rider who enjoys sightseeing. She rides a Yamaha FZR. Shizuru (Yuki Nagano) is a modest graduate student. She studies local history and customs; and she knows folklore. Chiari (Hiyori Kono) is a cheerful, mischievous girl. Other characters you might encounter include a ‘cool and mysterious girl’ (Mai Fuchigami), and ‘a blonde woman’ (Yuri Haga). 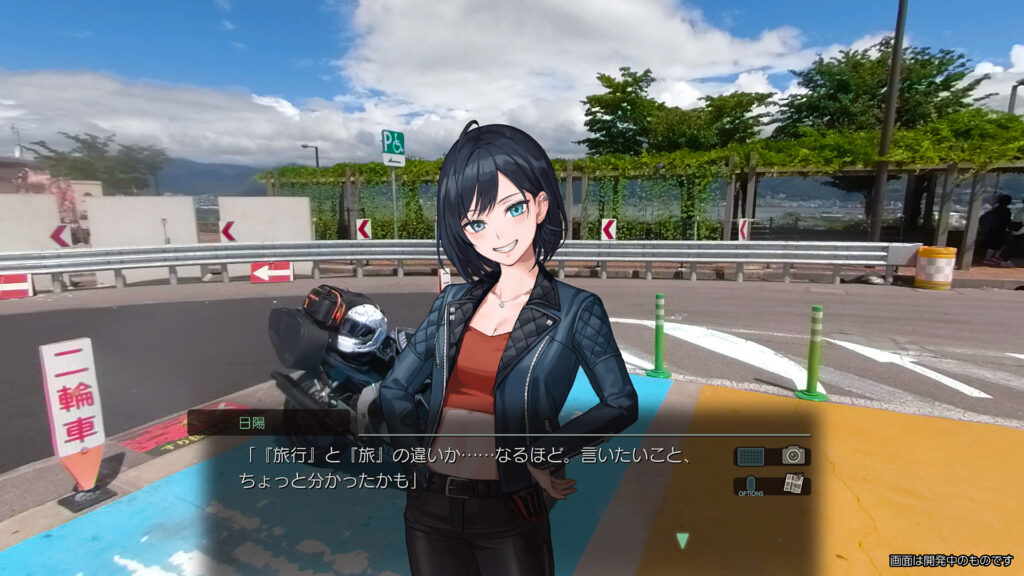 The game isn’t a racing game, and the game’s website notes that ‘inattentive driving, which is dangerous in a real drive, is not a problem in the game.’ So, feel free to look around at the scenery while you ride around Gifu.

The first two games in the series traveled to Hokkaido and Okinawa. Fuuraiki 3 returned to Hokkaido. The newest game, Fuuraiki 4, is expected to come out on 22 April in Japan. It will include PlayStation 4 and Nintendo Switch versions. FOG is now a subsidiary of Nippon Ichi Software.