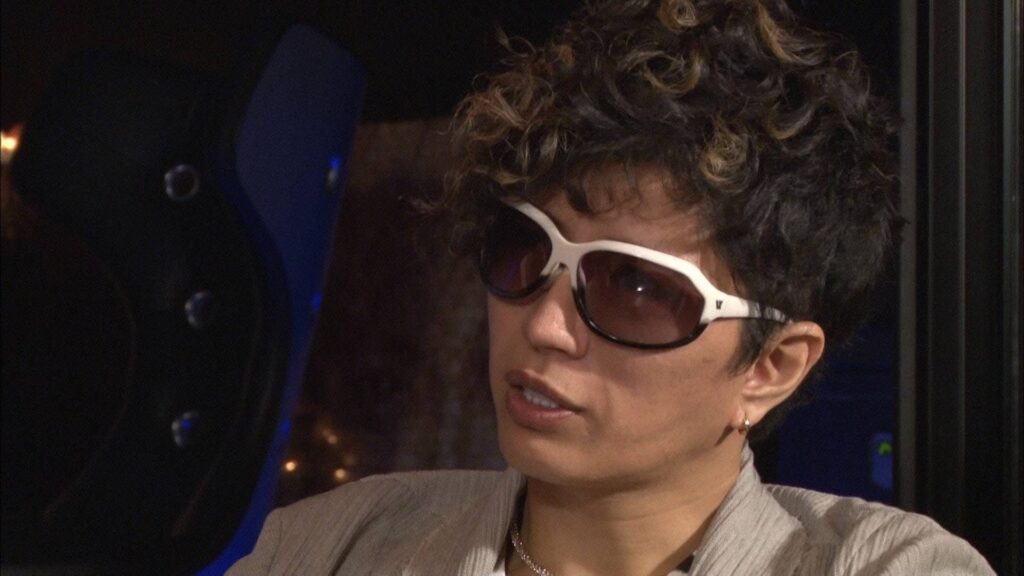 Undoubtedly one of the most versatile and renowned male artists of the J-pop world, Gackt’s work is deeply threaded into Japanese entertainment culture – his ethereal looks, deep, lush voice against the backdrop of extravagant visuals and create an unforgettable impression – nevermind the fact that most of the time he looks very much like a vampire anime protagonist come to life.

And he likes it that way.

Known for his sultry, evocative voice, sex appeal, and hits like Vanilla, Gackt is a renaissance man. Born Gakuto Oshiro in 1973 (or 1540, depending on if you believe his claims of being a vampire) on the island of Okinawa to a musical family, he’s the master of many talents, including several languages; English, Japanese, Mandarin, Korean, and French.

Much like American-born enka singer JERO, he was largely inspired by enka, which helped shape his sound. Chopin has been cited as one of Gackt’s major influences, as well as “the foundation of [Gackt’s] music.” That foundation includes mastery of piano, percussion, and brass. He started studying rock in college and was the frontman for visual kei rock back Malice Mizer, whose French, Gothic, and classical influences set the backdrop for the birth of Gackt’s visual and sonic aesthetic.

Solo Career and the Start of a Vampire’s Empire

Gackt’s solo career took off in 1999 with his extended play Mizerable. His 1999 debut single of the same name, a soulful medley of rock and strings pulled straight from his musical roots, reached number 3 on the charts, and is the second best-selling next to Another World from 2003’s Moon.

Vanilla, a ska-inspired track released the same year, reached number 3 on the charts and was the first of his singles to be certified Gold. It’s also his highest-selling hit of all time, behind Another World. His highest selling album was Moon, but his Crescent album went Platinum, and featured other certified Gold hits like “Kimi ga Oikaketa Yume” “Tsuki no Uta” and “Kimi ni Aitakute“.

Despite Gackt’s popularity and ubiquity, the only single to reach number one on the charts was Returner (Yami no Shuuen), which was also featured as the theme song for NHK drama Fūrin Kazan, in which Gackt starred as Uesugi Kenshin.

The music video features Gackt dressed as a samurai, looking ghastly in white makeup as scenes of samurai fighting and abandoned battlefields littered with the fallen play in between. He sings from the view of a wife longing for her husband’s return, but as was foreshadowed by Gackt’s ghastly makeup, he’s already gone into the next life, never to return.

Gackt On Screen: Big and Small

Soon after his solo music career took off, it became clear Gackt hungered for more than just the stage, branching out into the screen.

In 2003, Gackt starred in Moon Child, a sci-fi adventure featuring vampires that would make Twilight jealous. Gackt has a writing credit on the film (unsurprising, considering the commitment to the vampire theme) and provided the ending theme, “Orange Sun” in a duet with popular rock artist and L’Arc en Ciel frontman Hyde, who also stars in the film.

His other major film roles include Joji Yuki in Kamen Rider Decade: All Riders vs. Dai-Shocker, and he reprised the character in his music video for his single “The Next Decade,” a single that peaked at number 3 on the charts. Gackt also starred in the films Bunraku, Akumu-chan, and more recently, Tonde Saitama in 2019.

He’s also written and starred in his own stage play, “Moon Saga – Mysteries of Yoshitsune.”

Gackt has also done a fair amount of voice work, mostly for video game franchises. Bujingai, a 2003 hack and slash video game, relied on Gackt’s involvement for a lot of its marketing, down to his image – his looks provided the basis for the game’s protagonist Lau Wong.

Gackt continued to put out music, releasing songs as recently as 2017. Though his songs don’t chart in the single digits as often as they used to, his indelible mark on Japanese pop culture is undeniable. However, he stays busy getting into various business ventures, including some competitive poker every now and again.