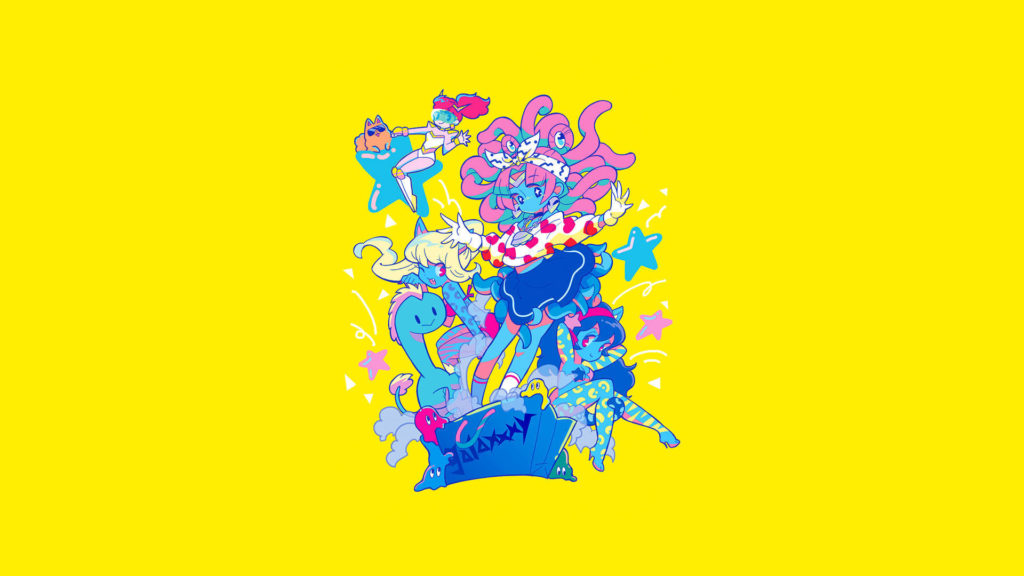 One of my all-time favorite Japanese fashion brands are celebrating their 10th anniversary this year, and in celebration, we’ll be taking a look back at some of their all-time best designs. If you’re not at all familiar with the Shibuya-based brand Galaxxxy, I hope you’re ready for a real treat. They’re one of the most stylistically diverse brands to ever grace the streets of Tokyo, and we’re totally in love with them. Throughout their tremendous 10-year lifespan, they’ve collaborated with some of the biggest names in multiple industries; including Kyary Pamyu Pamyu, Porter Robinson, Sushio (Studio TRIGGER), and a multitude of others. These collaborations, as well as their incredible line-up of original pieces, have gone on to shape many views of the over-the-top styles that bless the streets of Harajuku, and it’s such a treat to see them hit such a milestone.

Before we get too into things however, let’s take a look at the history of Galaxxxy as a company. Galaxxxy is a Japanese fashion brand, influenced by a scattered virtual world of past and future music, anime, street wear, and net culture. Originally launched in February 2007, the brand teamed up with numerous big-name classic anime such as Creamy Mami, Dragon Ball, and Sailor Moon. They were an instant hit, pulling at the strings of childhood nostalgia mixed with the vibrant colors of a pastel landscape. Putting on a piece of Galaxxxy clothing feels like a departure from the current decade, completing your look with a hyper-stylistic flare ripped straight from the ’80s. More recently we’ve seen a push from them in international territories, with extensive appearances at conventions across North America, as well as international online stores for most regions.

In no particular order, let’s get looking at the top 10 Galaxxxy pieces from their 10-year lifetime (Well, the top 10 pieces in my opinion): 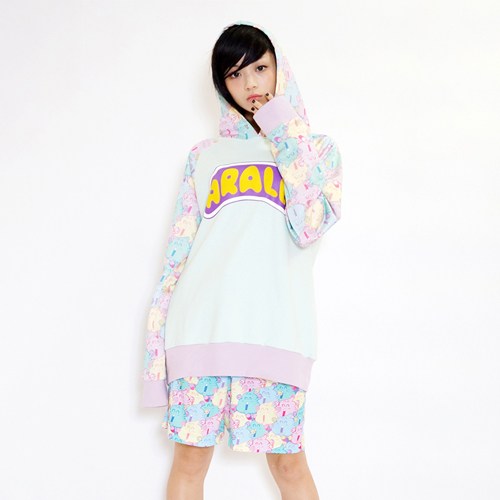 Starting off our list is the absolutely adorable Galaxxxy x Dr. Slump collaborative pieces that features the ‘Arale’ name, alongside an adorable pastel flurry of well, poop. The whole collection contained so many outstanding looks, but of them all, these pieces in particular stood out the most. Like most pre-2017 Galaxxxy pieces, these came exclusively in a ‘one-size-fits-all’ solution, making them a little less friendly to international fans. That being said, it’s most definitely an amazing ode to an incredible series, and it without a doubt deserves its place on this top 10. 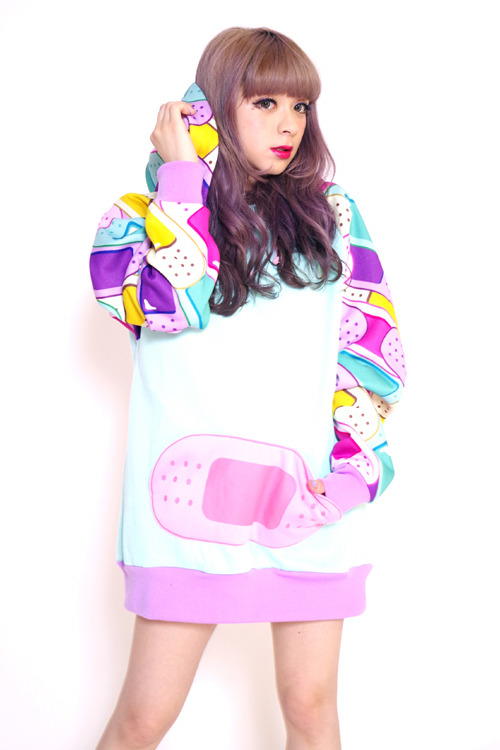 There are so many things I can say about this entire collection, but holding me back is the knowledge deep down inside that I’ll likely never be able to get my hands on one. The Galaxxxy Band-Aid Parka is one of the single greatest looks in the history of Harajuku/Shibuya fashion, period. There’s so many things that it does right, which also makes it one of the most actively sought after pieces. Sigh. 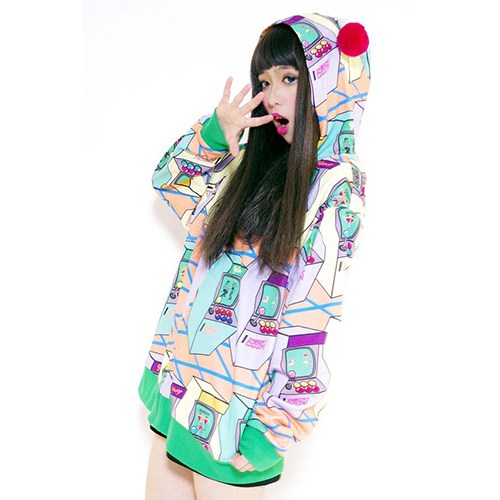 An absolute classic release in so many ways, the Galaxxxy Game Center Hoodie was a retro throwback to the distant arcades of ones childhood. It was an absolutely striking piece from all angles, and the additional bonbon on top totally completed the look. It’s been a key-component to a lot of visually pleasing outfits, and it’s because of that very reason that it’s managed to find itself a cozy place in our top 10 collection. 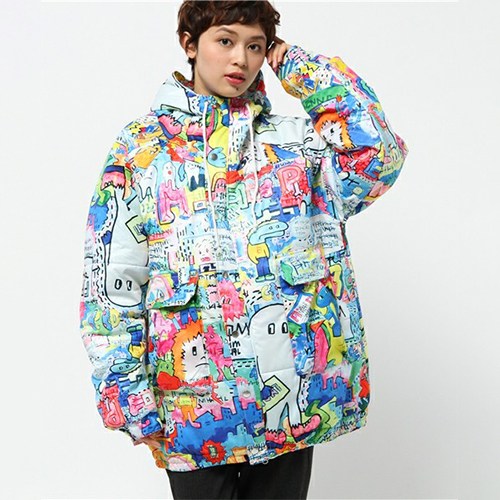 You can’t say Galaxxxy without the 8 Words jacket immediately popping into your mind. It’s an absolutely incredible piece, and quite possibly one of my favorites to date (though I’m still struggling to pick one up on aftermarket auctions). Based on a hand painted wall at the galaxxxy flagship store from artist & designer moji8fresh, we’re presented with an all-over perfect piece that uses mayhem as it’s basis. Originally released in 2015, things didn’t get much warmer than this jacket. 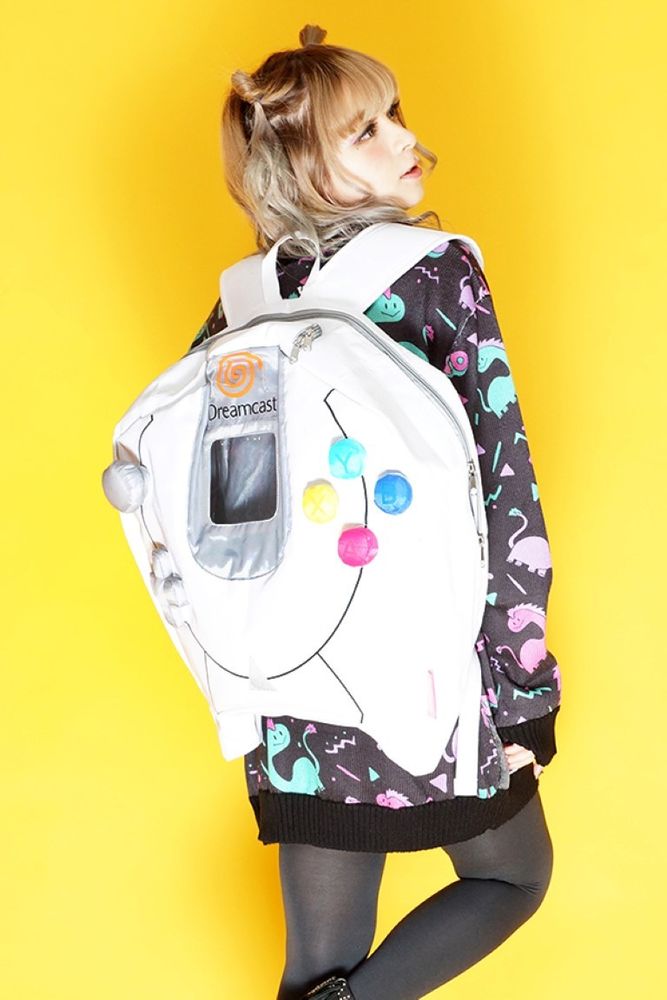 Quite possibly one of Galaxxxy’s most known collaborations, the Sega Dreamcast bag is an absolutely gorgeous accessory to any outfit. On top of it being a fully functional backpack, it also touts major homage to what is viewed by many to be one of the best Sega consoles to date (and evidently their last). It was available in three colors, and was actually made available again earlier this year in a limited-edition rerun of the collection. 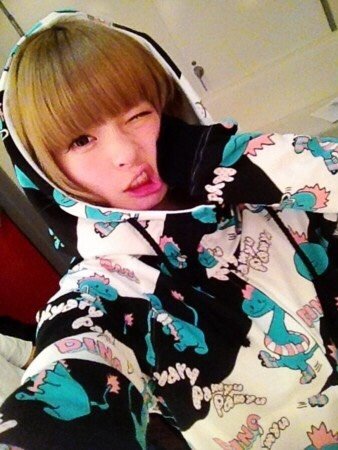 Sometimes the best pieces are the simplest pieces, and that’s most definitely the case with this collaboration between Galaxxxy and Kyary Pamyu Pamyu. The sweaters, which feature Galaxxxy mascot Dino-chan, are an ever-adorable piece of history that compliment just about anything. Staying warm had never been this cute, and the well-constructed mix of pastels made this all the easier. 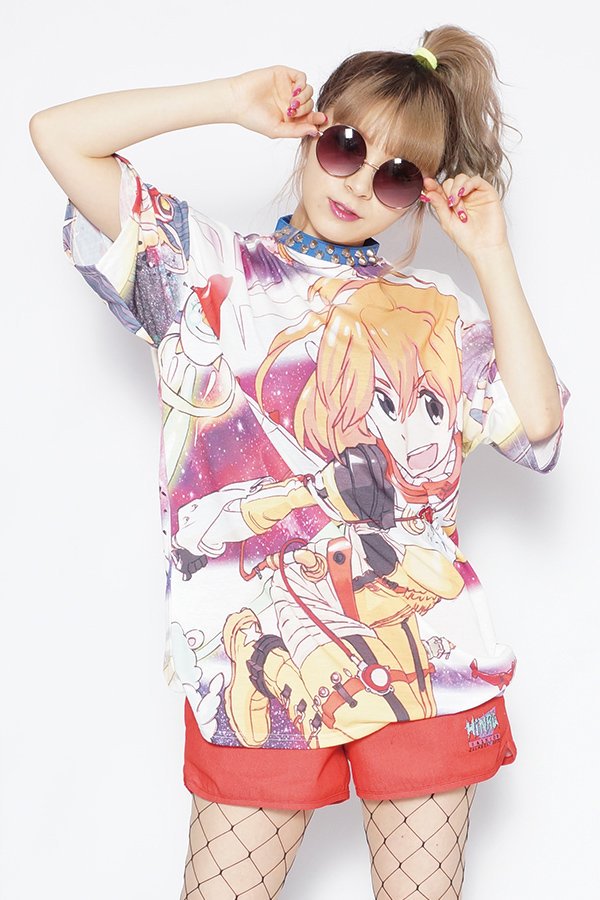 One of the most recent releases from Galaxxxy, as well as a piece that’s readily available internationally, I’m totally in love with this collaboration. Showcasing the talents of one of the animation industries most capable illustrators, Studio TRIGGER’s own Sushio, we’re given a look at an action-packed scenario jammed entirely onto a t-shirt. It’s vibrant, it’s colorful, and I totally love it. 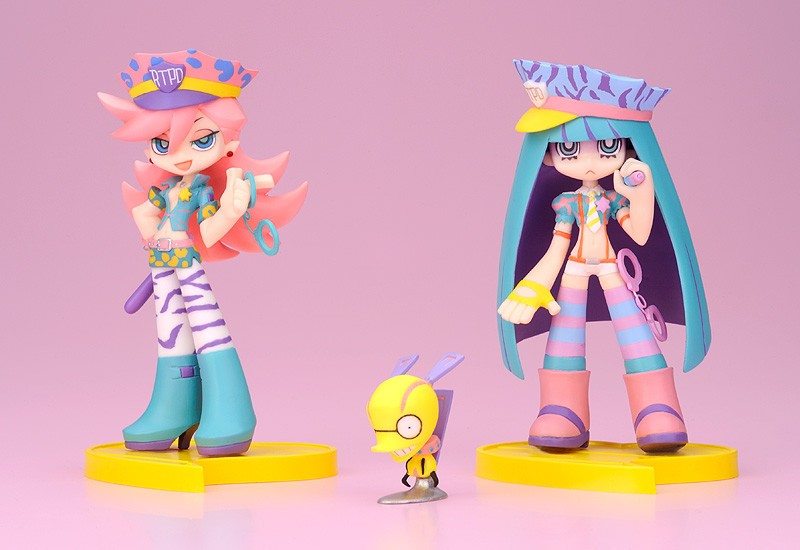 Perhaps one of the best collaborative pieces that Galaxxxy have ever done is surprisingly enough not a piece of clothing, but rather, these incredible Panty & Stocking with Garterbelt figures. Putting the signature Galaxxxy-spin on both Panty and Stocking, we’re presented with these pieces of PVC eye-candy. These days you’ll usually see these figures going online for roughly $150 USD, which isn’t too bad given how collectible they are. I’m definitely keeping my eyes on them, but maybe I’ll jump when I get a bigger desk. 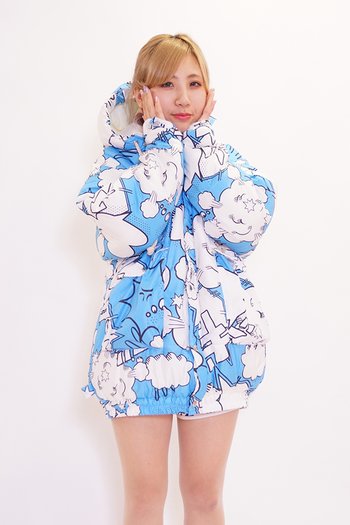 Made available in two colors, both black and white, then later re-released due to popularity, the manga blouson is a must-have for any fan of Galaxxxy who are looking to stay warm in the Winter months. It features an iconic design paired with visually appealing imagery. Much like any good manga panel, it feels like the whole thing just jumps out at you, and I simply can’t get over how good of a piece it is. 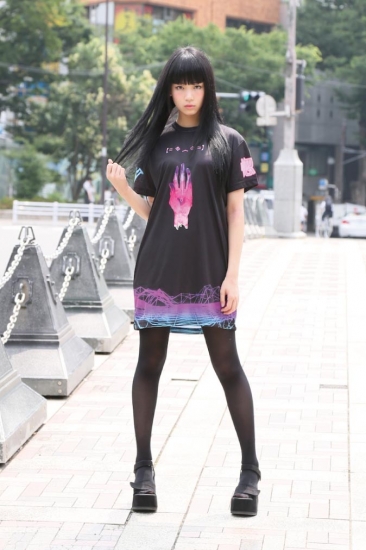 We all knew it was coming, but there’s absolutely no way we could discontinue just how great the Porter Robinson collaboration still is to this day. It’s a simple long-cut t-shirt featuring various imagery from his debut album ‘Worlds’ that released a year prior. On the back you’ll find both the musicians name, as well as the name of the album in both Japanese and English utilizing a really neat neon design. If there was any collaboration that made the Galaxxxy name known internationally, this would have to be it.

Each and every one of these pieces are an accurate look into the world of Japan’s incredible underground fashion scene. Taking cues from a variety of different places, Galaxxxy never fails to impress with their stylistically pleasing clothing. With this year being the brands 10th anniversary, they’re going to be throwing an open-celebration at Anime Expo 2017, and we’re extremely excited to see how it all plays out.  Taking place in the VIP lounge at The Novo, attendees will be able to interact and hang out with the Galaxxxy team. Tickets are available for $10 each, and can be purchased online, here.

Thank you Galaxxxy for keeping the streets colorful for the past ten years, and we wish you all the best for the next ten!