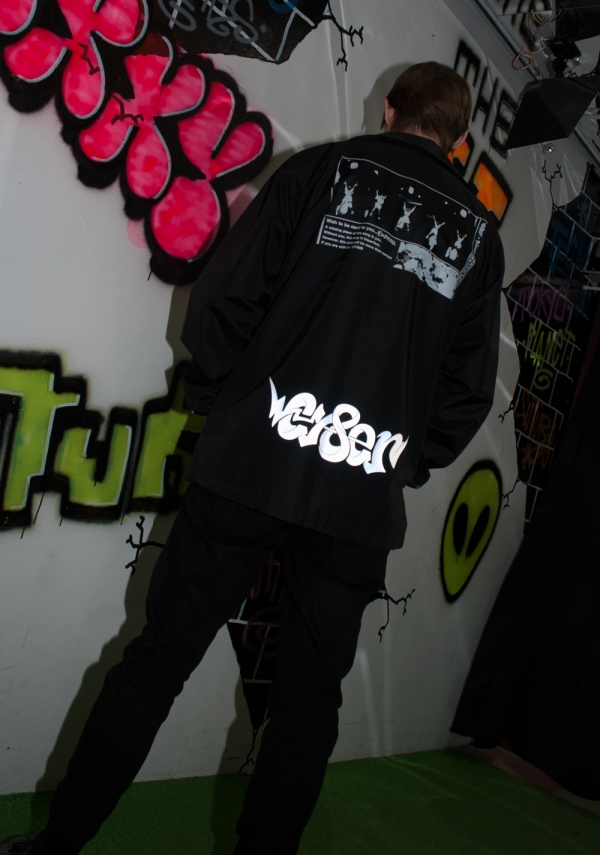 I’ve never really discussed this in any of my previous write-ups, but I really do feel like there’s a massive cross-section between Western fans of Galaxxxy and Western fans of CY8ER. On one hand, you’ve got the loud stylings that Galaxxxy has spent the last twelve years defining their fashion brand with. But on the other hand, you’ve got CY8ER, an idol group whose identity is literally built on the concept of being as close up in your face as possible. If anything, that’s probably why the two just mesh so well together, and why it’s great to see them continue collaborating between the initial two drops.

Shared via Galaxxxy’s official Twitter account earlier today, we got our first look at the Shibuya-based fashion brand’s latest collaborative efforts with CY8ER aptly titled “ENDROLL”. Showcasing the group’s final moments from their latest live show, the collab utilizes a solid blank coupled with some sleek 3M graphics to create something truly reflective of those final moments.

Limited to 200 pieces, with each jacket individually serial-numbered, the jacket will again offer a random cheki featuring one of the members with each purchase. Serial numbers will run numbers 1 through 199, with one lucky customer getting serial number 318 (read: Cyber). While my initial glance at the ENDROLL Jacket left me a little concerned that Galaxxxy was printing on a commonly used low-cost jacket, I was actually quite relieved to see that the blank it’s being placed on appears to be unique to the jacket, and I’m excited to see how it actually feels in a fit.

Priced at 9,800 yen, the ENDROLL Jacket is set to be released February 18, 2019. Whether this actually is the endroll of both Galaxxxy and CY8ER’s collaboration remains to be seen, but it’d be a shame to see something that has ultimately spawned three incredibly tight pieces come to an end so soon. Open for pre-orders now, those interested in checking out further details can head over to Galaxxxy’s official website.