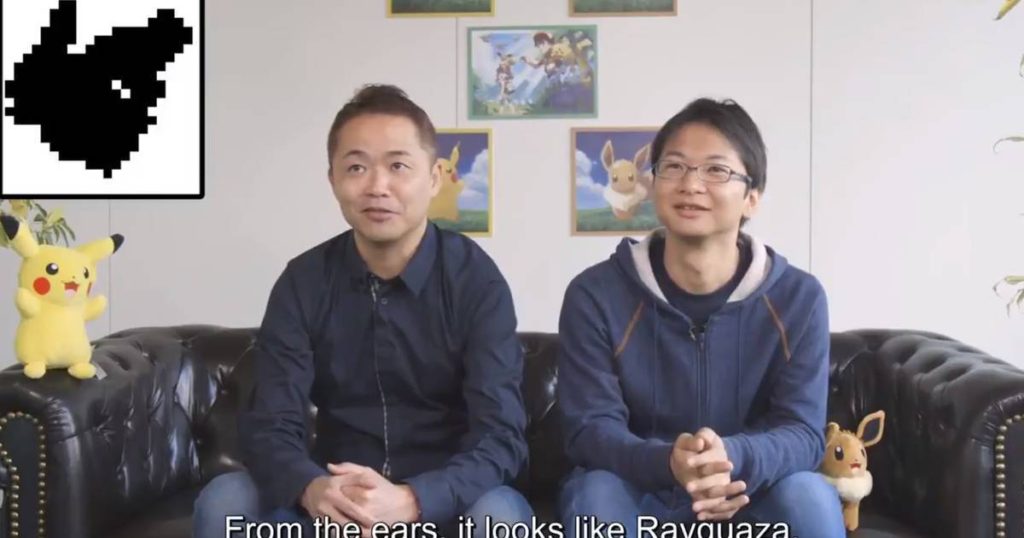 I think that I speak for many when saying that the “Who’s That Pokémon” segments in the original Pokémon anime were among my favorite moments in the show every week. The anime was airing at exactly the right time in North America when the hype for the new series was at a fever pitch after the release of both Pokémon Red and Pokémon Blue on the Game Boy in 1998.

Pokémon truly became one of those rare franchises wherein multiple media projects worked in synergy with each other; the fanbase was truly hooked. The concept existed in the Japanese version as well, known as the “Silhouette Game,” and the concept was quite simple: audience members were tasked with identifying a Pokémon based only a blacked-out version of a piece of artwork, sometimes with clever angular tricks thrown in.

Now, two of the franchise’s most important creatives take a stab at a slightly modified version of the game for our enjoyment — the silhouettes are made from the pixel models of the Pokémon in both the Let’s Go, Pikachu! and Let’s Go, Eevee! releases on Switch. Exactly how well do series director Junichi Masuda and graphic designer Kensaku Nabana do at identifying the creatures in their own games? Let’s take a look.

Things start off on a pretty sarcastic clip, a tone that never really subsides throughout the entirety of the almost eight-minute video.

The video was way more entertaining than I thought it would be, with the two guys ribbing each other at a nice clip, complete with some quite surprising failures. You’ll have to check out the whole video above for the rest of their fun. How’d you do? Did you end up beating the masters at (literally) their own game?