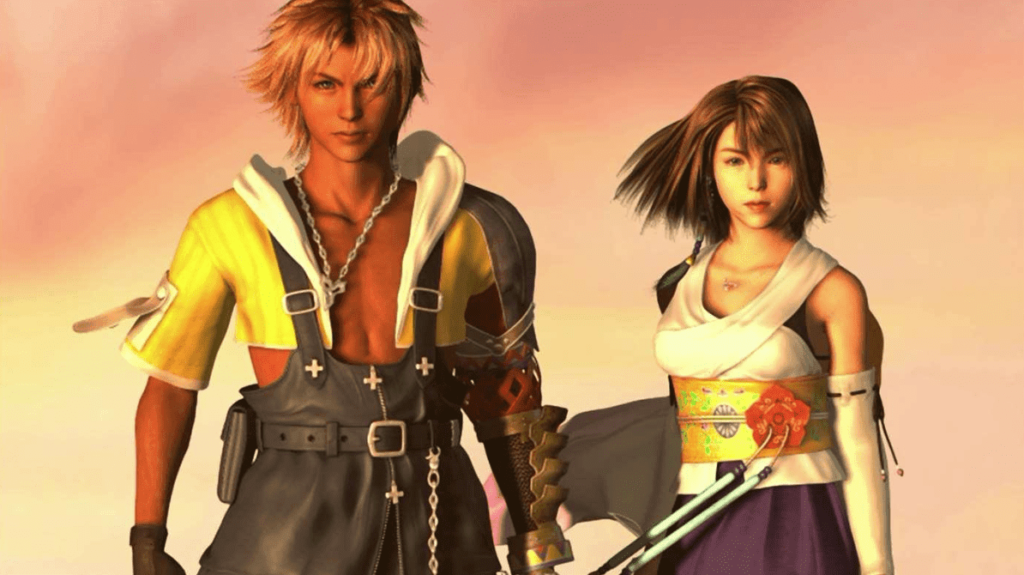 Final Fantasy X is my favorite game in the franchise and has been for years. The first Final Fantasy game to have full voice acting, it was able to immerse players in another new way–with three-dimensional areas to explore instead of simple pre-rendered backgrounds. Considered by many to be one of the greatest video games in history, Final Fantasy X gave us a glimpse of what games would start to look like in the new millennium.

Though there is no shortage of memes relating to the voiceover work, Final Fantasy X continues to delight fans nearly two decades later, with the Final Fantasy X/X-2 HD Remaster being released across basically every possible platform over the last few years. Such an important game could never be left in the dust, and if you haven’t had the pleasure, now’s the time to live a bit of gaming history.

So what can you expect when jumping into Final Fantasy X? Here’s a primer to help you appreciate Tidus and Yuna’s journey a little more.

The Quest to Stop a Beast Created by our Own Wickedness

Tidus, a popular blitzball star in his hometown of Zanarkand, has made quite the name for himself as a sports hero. Badgered for autographs and late for a game, he rushes through a crowd of fans for the stadium–only to have strange beasts attack and to be sucked into a vortex in the sky.

After awakening in an unfamiliar place, Tidus is rescued and told that Zanarkand was destroyed nearly 1,000 years ago. Unsure how to get back home, and even more unsure of those around him, Tidus soon learns that a great beast called Sin is terrorizing the lands of Spira and that this Sin is known by the locals as the result of their own hubris.

The only one who will be able to stop Sin is Yuna, a young summoner whom Tidus befriends and later grows to love. Joining her and her guardians on the journey to the ancient ruins of Zanarkand, Tidus searches for a way home and soon realizes that things are more complicated than they seem. Defeating Sin may cost more than he is ready to pay.

The story of Final Fantasy X, like most games in the franchise, is deep, complex, and winding, and above all meant to be experienced for yourself. If you’ve gone 20 years without spoilers, I congratulate you and urge you to enjoy every twist and turn on your own terms.

Like Every Other Final Fantasy Game, X Has an Incredible OST

Final Fantasy X wasn’t cheap. Adjusting for inflation, it cost nearly $50 million to create, as the jump from 2D to 3D required a team of over 100 people. Eager to try new things, the game was also the first in the franchise to not be completely scored by legendary composer Nobuo Uematsu.

Joining Uematsu on the classic OST was Junya Nakano and Masashi Hamauzu, chosen due to their vastly different musical style. While they each brought something completely new to the table, the three were able to mix their unique sound together, creating many of the series’ most beloved tracks. 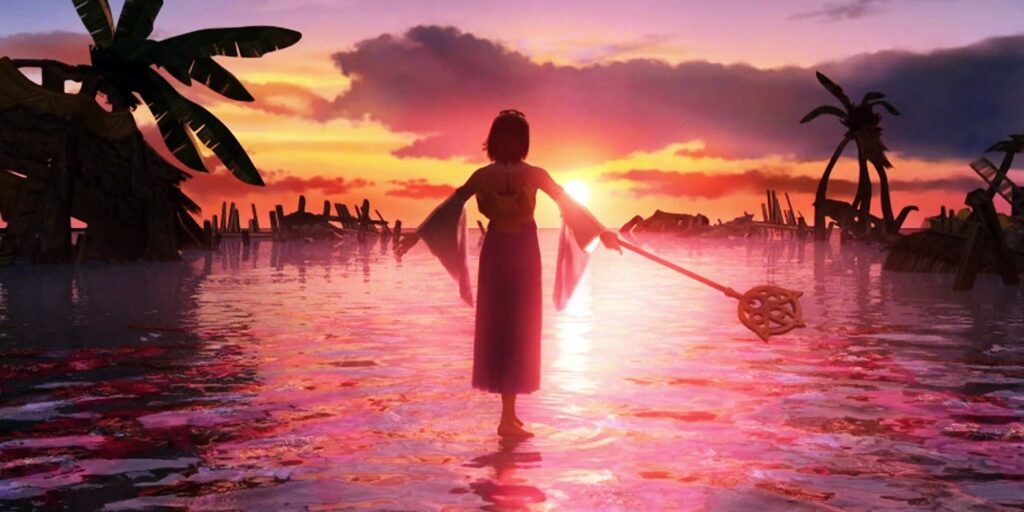 The vocal theme of the game, Suteki da ne, has a J-pop vibe, while the opening Otherworld is classic hard metal. To Zanarkand is a delicate classical piece, while the recurring track Hymn of the Fayth sounds like a gentle gospel song. You’d think these would clash, but they work together in a way that only a Final Fantasy soundtrack can.

Hamauzu went on to act as the sole composer for Final Fantasy XIII and contributed new arrangements to the Final Fantasy X/X-2 HD Remaster along with Nakano. He also composed for 2020’s mega-hit Final Fantasy VII Remake.

Fans of Final Fantasy know that while there seems to be a vast neverending story happening, each game actually stands on its own. Final Fantasy X changed this when a direct sequel was released in 2003.

Final Fantasy X-2 follows Yuna two years after the events of X, on her quest to find Tidus and reunite Spira after it is torn apart by various factions. While the gameplay is somewhat similar, it added new additions, including the ability to change classes at will, while also changing outfits. Yes, X-2 is all about girl power.

X-2 brings back plenty of familiar characters, and while it is often the butt of jokes, it’s enormously fun and worth a playthrough, if only to experience what may be the strangest game in the series.

Final Fantasy X/X-2 HD Remaster is the perfect way to experience both games with updated graphics, new content for the west, and a revised soundtrack.

As with most other Final Fantasy games, Final Fantasy X has been released on plenty of modern systems, making it easy to pick up wherever you’d like to play.

You’re free to pick up the original PlayStation 2 release or find the Final Fantasy X/X-2 HD Remaster on the Playstation 3 or Playstation 4 store. 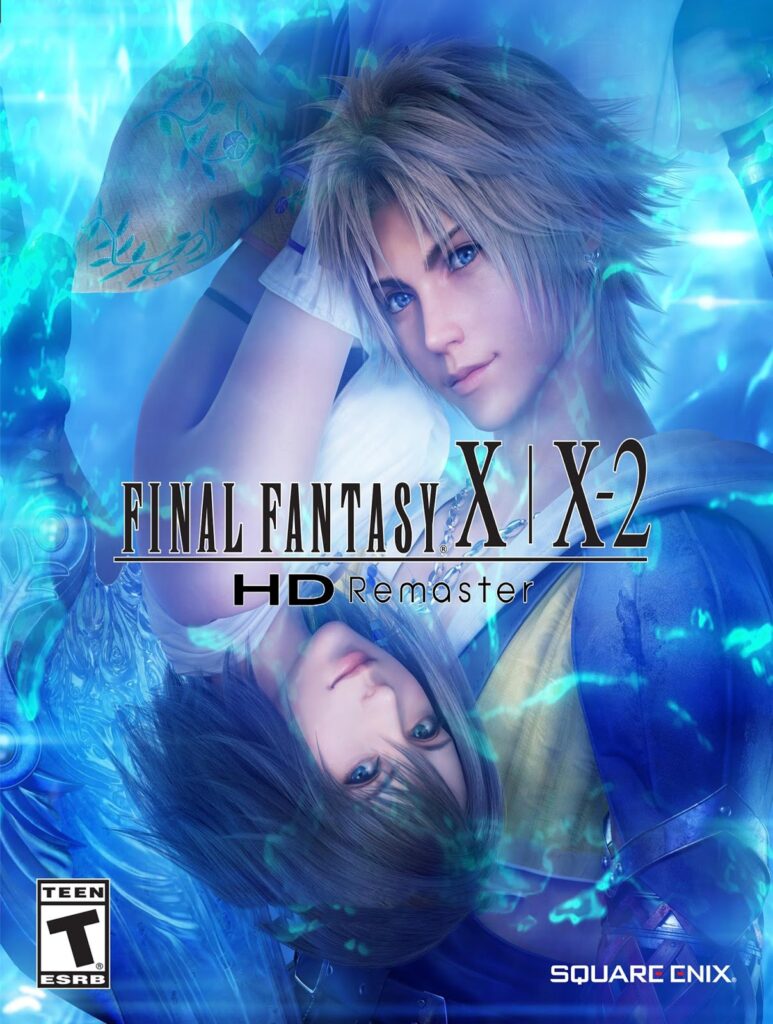 You can also pick up the X/X-2 Remaster on Xbox One, Nintendo Switch, and PC.