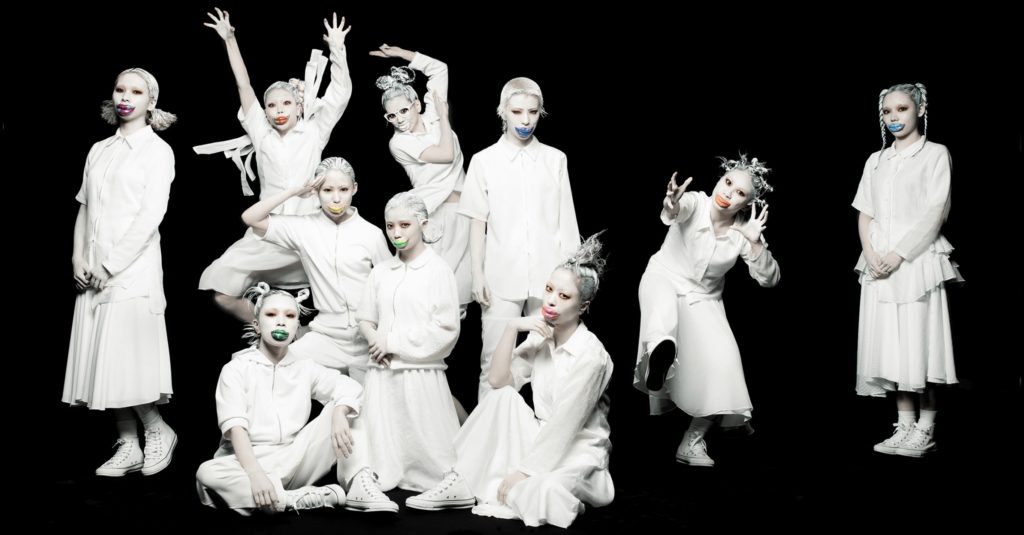 The most recent WACK group to make their major record label debut occurred earlier this year, as GANG PARADE made their major debut with Warner Music Japan subsidiary FUELED BY MENTAIKO with the single ‘Brand New Parade’. While the group, under various lineups, had released multiple singles and albums prior to this point, this single always felt like it was making a statement, making their existence to a wider public the group’s rock-pop sound, setting them apart from their sister groups under the WACK umbrella. In November, the physical release of GANG PARADE’s first debut album, LOVE PARADE, will be released, but on Wednesday the group surprised fans by releasing the entire record early on streaming services worldwide.

LOVE PARADE was announced back in July for a release in November, while a selection of the songs were made available to listen at the beginning of this month on September 4th, before releasing the rest of the album onto streaming services earlier this week. The 11-track release features 10 new songs alongside a new recording of their major debut single to feature the group’s newest member, Naruhaworld, a former WAgg trainee, and if that aforementioned single was designed to make a statement, this album is designed to establish their identity.

While the album perhaps lacks some variety in places, it does make sure to push the group’s powerful vocal talents, and though the album does mostly stick to rock it does showcase the group’s ability to jump across genres. The third track on this release, Wake Up Beat!, for example, switches the guitars for a brass-based electronic sound that helps it stand out as one of the strongest tracks on the release. Other standouts include Ready Go!, mainly for the battle in its chorus between the girl’s vocals and a heavy, metal-sounding guitar with a little bit of screaming mixed in for good measure, alongside the final track on this release, Love Communication, which received a music video at the end of last month ahead of the sudden streaming release of this album.

GANG PARADE’s major debut album, LOVE PARADE, is definitely worth a listen, and can be found on Apple Music and Spotify services worldwide right now. If you’d prefer to wait for the CD release, however, that is set to come out on November 13th in a variety of versions, including a 12000yen release which includes a bonus CD and Blu Ray disc of unknown contents. I highly recommend checking the release and the group out for yourself if you haven’t already, and you can find out more about LOVE PARADE and the group as a whole over at GANG PARADE’s official website.