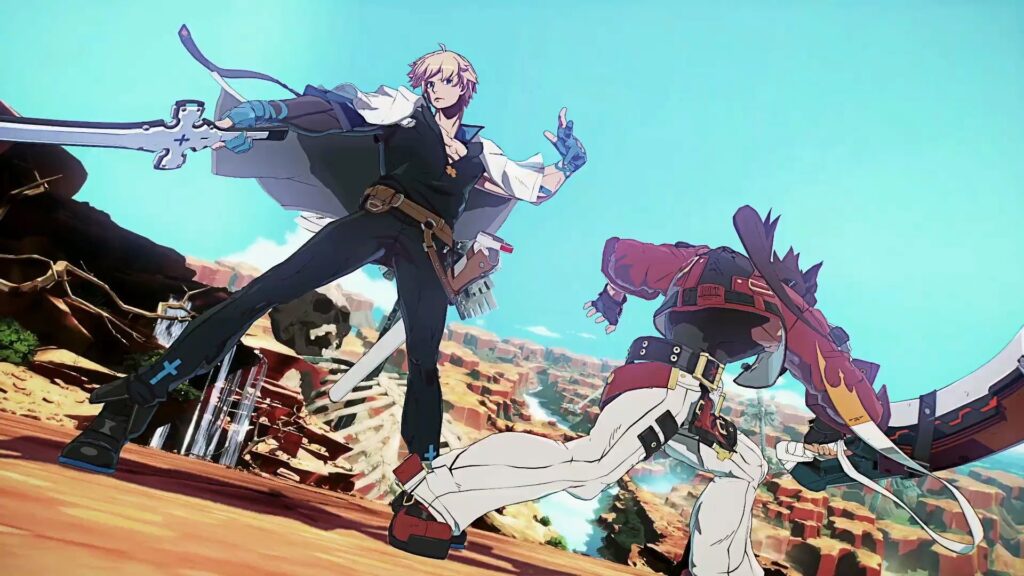 While there’s no harm in beat ‘em ups that boast mindless fun, the games that grab me, really grab me, balance gameplay and story.

Or, at the very least, gameplay and set dressing.

I don’t expect top notch lore from combat-heavy video games a la Street Fighter and Mortal Kombat, but I was delighted nonetheless by Guilty Gear’s anime stylings and interconnected relationships.

The 2D first entry to the franchise, the titular Guilty Gear, was developed by Arc System Works (who were also responsible for BlazBlue) and released in 1998.

This game was lauded for its fast pacing and overall look, spawning five more mainline video games, eight substantial updates across three of them, and seven spin-offs.

The franchise is still very much relevant to this day, the original Guilty Gear even being ported for the Nintendo Switch and spin-off Strive on the distant horizon.

What Is Guilty Gear?

Not unlike other games of the same ilk, Guilty Gear pits two fighters against each other for three rounds. The winner must take two of the three rounds.

The fighters’ attacks are directed via six buttons, four of them being for kicks, punches, and two moves exclusive to their users. The franchise is also well known for combos of moves that can result in instant kills. With each new entry, the animation sequences for these kills have only gotten more stunning.

In terms of plot, the Guilty Gear universe takes place in a world in which magic is discovered in 2010. The franchise’s titular “Gears” are beings born from human-magic experiments, beings who (surprise, surprise) turn on their creators.

After tens of years, the leader of the Gears, Justice, is brought to justice by an order of knights…only to result in a Gear follower’s attempt at resurrection in 2180.

The fighting aspect of the game is grounded in the story with a tournament being set up in order to find the world’s strongest heroes.

With Guilty Gear’s resounding success, a sequel was put into the works.

And sure enough, Guilty Gear X was released two years later in 2000.

In terms of new mechanics, the Roman Cancel (which cancels one’s attacks as a safety net) and Overdrive Attacks (powerful moves based on how much “tension,” damage and steps taken towards the enemy, one’s accumulated) were introduced.

While the Chaos Attacks of Guilty Gear could only be pulled off by having a full “tension” bar, Overdrive Attacks can be pulled off with half-tension. Furthermore, full tension was redesigned as a means to deliver instant kills.

The game has since received two updates, Plus and ver. 1.5, in 2001 which included an art gallery and story mode.

Speaking of story, Guilty Gear X takes place less than a year after its predecessor and deals with rumors of another powerful Gear resurfacing.

As a whole, these updates added new characters, challenges, and moves while ironing out some of the gameplay.

Guilty Gear X2 takes place two weeks after its predecessor and deals with a new party interested in Gears as well as a new villain.

Now, here’s where things get interesting…

In 2007, fourth entry Guilty Gear 2: Overture was released as a 3D non-fighting game.

The game’s still grounded in combat, mind you, but now comprises resource and troop management as well.

After years of the franchise focusing on mainstays Sol Badguy and Ky Kiske, characters who’ve existed since the days of the first Guilty Gear, Sign and Revelator both shift their focus to others in the cast.

Sol and Ky are still important plot-wise, having reunited a year prior in Overture so as to investigate a Gear-related mystery, but it’s nice to see others get their due. 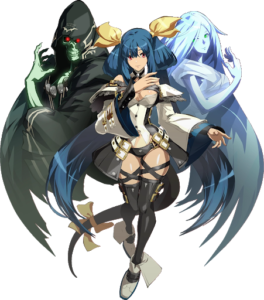 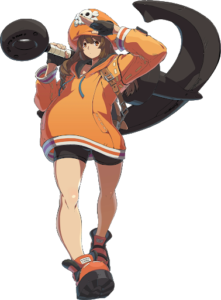 Designs To Strive For

There’s far too many characters in the franchise to discuss them all and in detail, but it would be a crime not to talk cover boys for a bit.

Sol is the brash, rough bounty hunter to Ky’s charming and compassionate knight; they embody their respective tropes to a T with their opposite builds and color schemes.

But as much as I like Sol and Ky’s designs, I think the series’ female designs along the lines of Justice and May really take the cake.

The always plot-relevant Dizzy’s cute, don’t get me wrong, but I like to give extra credit to girls and women who push conventional beauty standards in fictional media.

With all that said, who and what is in store for Guilty Gear’s future?

Well, as of now, spin-off Guilty Gear Strive is slated for a 2021 release!

We’ll just have to wait and see which fan favorites make the cut until then.

The Biggest Japanese Video Game Releases of May 2019