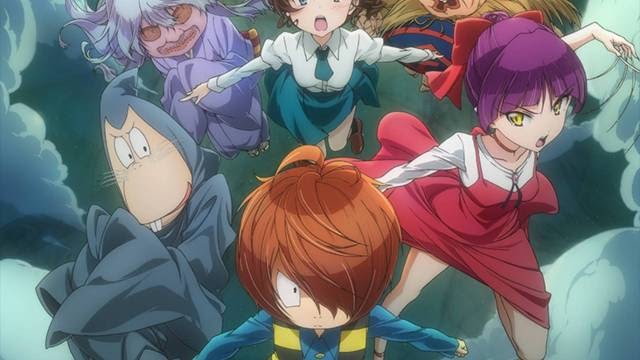 GeGeGe no Kitaro takes creatures from ancient Japanese folklore and places them in a modern setting. As it turns out, Japanese ghosts, goblins and other assorted supernatural creatures (collectively called yokai) face a lot of problems in the modern world.

How would yokai deal with social media?  How would they deal with environmental issues, such as deforestation or pollution?  How about discrimination? Or immigration and cultural assimilation?

Of course, some of these problems are human problems as well. In other cases, humans are either unaware or turn a blind eye to yokai problems. Typically in a Kitaro story, when that happens, these problems are often caused by human beings, rather than shared by them.

There are also con artists and criminals out there. And in the GeGeGe no Kitaro universe, some of those criminals prey on unsuspecting yokai — or some of them may be yokai themselves.

That’s where Kitaro comes in.

(* Unless otherwise noted, this article deals mainly with the 2018 version of GeGeGe no Kitaro, which is available on Crunchyroll. However, many of the same themes, characters and issues appear in previous versions of the anime.)

Who Ya Gonna Call?

Most GeGeGe no Kitaro episodes deal with some sort of conflict between humans and yokai. Perhaps a planned new golf course is encroaching on yokai land. Maybe thrill seekers are crowding into a sacred site, causing damage.

Sometimes, a yokai is the cause of the trouble. Sometimes it’s human activity.  Sometimes, it can even be humans and yokai joining forces, causing problems for others.

Whatever the case may be, Kitaro is soon on the scene.

And sometimes, when people or spirits get angry, stubborn, unreasonable or reckless, he has to get the supernatural big guns out — firing hair needles at enemies, kicking off remote control geta (wooden sandals) at them, etc.

Depending upon the episode, Kitaro’s attitude toward humans and yokai can vary. Sometimes he can be reluctant to get involved. Often, he doesn’t seem to like to pick sides.

Whoever is causing the most harm, that’s the bad guy, whether it is human or yokai. He doesn’t understand human greed, or get modern human technology.

Early on in the 2018 series, he doesn’t think that humans and yokai can live together, and recommends keeping the two groups apart. But, after interacting with the human schoolgirl Mana Inuyama and other humans, he starts to soften his stance.

One interesting thing about GeGeGe no Kitaro is how the show uses actual characters from Japanese folktales and folklore.

Fans might assume that the weird boy yokai who does nothing but carry tofu was made up for the show. No,  according to Wikipedia, he’s been around since the Edo period.

Western ghouls, ghosts and monsters tend to be somewhat more generic.  In the 2018 anime, there’s a friendly witch who vaguely resembles Marisa Kirisame from Touhou Project. The series’ version of Dr. Frankenstein doesn’t create a monster; he turns into the monster.  The mad doctor looks like the title character of Detective Conan in his normal form, and like the Incredible Hulk in his monster form.

In any case, this clever use of pre-existing storybook characters helps add to the show’s charm.  You expect episodes to begin with “mukashi mukashi” (“once upon a time” in Japanese). And, like any good folktale, many episodes have a moral lesson to teach.

The episodes are generally fun and light-hearted, despite the spooky, supernatural nature of the series.  They can vary from very serious to very humorous.

What all Kitaro episodes have in common is that they deal with issues which are relatable to the audience, either directly or through metaphor. Episodes about foreign yokai immigrating to Japan have definite real-world parallels. When political actions lead to tension and fighting between yokai and human communities, this also has real-world implications as well.

GeGeGe no Kitaro (2108) doesn’t really have much of an ongoing story arc, but what it does have is interesting.  Groups of western and eastern yokai (the roster changes as villains flee) have attempted twice to push humans and yokai apart and start a war.  The war will presumably allow them to Take Over The World.

Their plans involve a lot of behind-the-scenes scheming, fearmongering, creating mistrust and chessmaster-level manipulation of events.  There are some twists to this plot which would probably be considered major spoilers.

Like the rest of Kitaro, this story has metaphoric implications for wartime hysteria, and perhaps even other crisis situations, such as the coronavirus COVID-19.

For a ghost, 60 years is nothing

GeGeGe no Kitaro has been around since 1960. It started with a manga. There have since been seven anime series, anime films and live-action movies. The most recent version of the anime started in 2018.

And that’s not including the 1933 “street theatre” kamishibai known as Hakaba Kitaro, or “Kitaro of the Graveyard.” According to Wikipedia, this low-tech version of the Kitaro story was a direct predecessor to the postwar versions.

According to GeGeGe no WiKitaro, the black-and-white 1968 anime follows the original manga. Yokai are often the villains. As the first, it sets the tone for later versions.

(Generally speaking, the older versions of GeGeGe no Kitaro can be hard to find online. Amazon has some versions.)

The 1971 version is a sequel to the 1968 one. The 1985 version focuses more on humans and yokai learning to get along. In this series, yokai are less likely to be just villains. The 1996 version returns to the manga for inspiration, but adds original stories.

The 2007 version of GeGeGe no Kitaro was the last version prior to the current series. According to GeGeGe no WiKitaro, Neko Musume plays a larger role in this one. In the 2007 version, the primary setting moves to Yokai Yokocho, a street for yokai.

And Kitaro’s basic appearance hasn’t changed much in all of that time.

Of course, Kitaro’s art style has changed as anime design trends have evolved over the decades. And the perceived “age” of the character can vary somewhat. His real calendar age, whatever it might be, is obviously much older than he looks or acts.

He’s always a relatively young boy with a missing eye.  He is a member of the Ghost Tribe (the last of his kind). He always wears his yellow-and-black chanchanko, a sort of old-fashioned Japanese vest, and traditional wooden geta. He always has supernatural powers, although those powers can vary from version to version.

Mana Inuyama was added for the 2018 version.

(Why have all of the yokai characters survived since the 1960s, while Mana has just been around since 2018? Perhaps because she’s human, and humans are mortal.)

Neko Musume… and the rest

Interestingly, even though Kitaro has not changed much over the years, Neko Musume has.  She has gone from a little girl in the original series to the more mature and grown-up tsundere woman in the latest series, suggesting that yokai characters can age.

The relationships between the various characters are interesting.   Rat Man remains a good friend to Kitaro, despite all of his various con jobs and other transgressions. Neko Musume can’t stand Rat Man, appropriately enough for their animal personas.

Mana often idolizes Neko Musume. In a Halloween-themed episode, she even dressed up as her. In many episodes, they seem to have a sisterly relationship, with Neko Musume as the cooler, older sister that Mana looks up to.

And then, there is Kitaro and Neko Musume in which their relationship is tricky. Different episodes have portrayed it in different ways, Cat Girl definitely likes Kitaro and they’ve known each other for a long time.

But, some episodes have shown that she wants to break out of the friendzone with Kitaro.  As a catlike tsundere, she’s unwilling to admit it to herself.  And Kitaro is usually oblivious to the situation.

It can be hard to judge romantic relationships when one episode features a love spell.

More really needs to be said about Rat Man.  He is often the show’s comedic villain, coming up with greedy get-rich-quick schemes which end up blowing up in his face. He is often dirty, apparently homeless and hungry.

And yet, he has an interesting backstory.  He is half-human, half-yokai. Yokai don’t seem to like him much. He’s not accepted by humans.

This gives him a dangerous tendency to consider both sides to be his enemy. Although, when forced to choose sides, he often picks the yokai side. Or else, he picks the side most likely to bring him money, gold or fame.

*  Masako Nozawa was the original voice of Kitaro in 1968, and returned to play Kitaro’s father in 2018. Sandwiched between the two roles, she voiced a monkey-tailed weirdo named Goku.* The catchy theme song for the 2018 version of GeGeGe no Kitaro is a version of the same song that was used in 1968. Various different recordings have been used over the years.