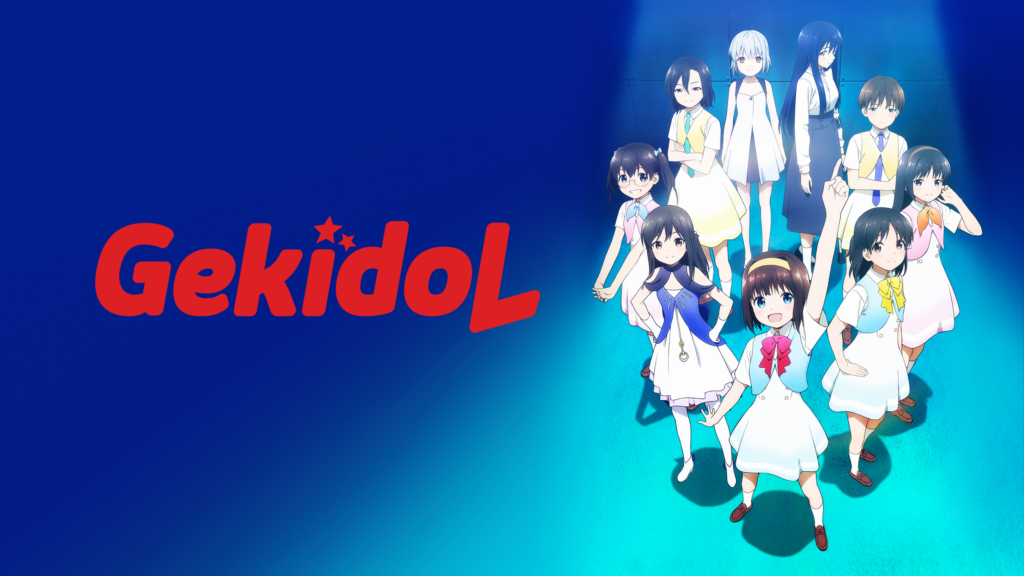 Gekidol is one of those under-the-radar anime titles in a stacked 2021 winter anime season with a more intriguing premise than what was actually delivered. On the surface, it’s a traditional idol story where a group of girls get together to save a thing they all love. In this case, it’s an old theater house where they perform singing and dance routines, as well as scripted plays. They’re all trying to keep up with their rivals at SMT, whose boss is vying for control of the Alice in Theater property.

The anime introduces us to Seria Morino, who is recruited by theater director Kaoru Sakakibara to join the Alice in Theater playhouse. She makes new friends fast after giving a spectacular acting performance and gradually bonds with de facto leader Airi Kagami. In the background of Gekidol’s plot is a separate subplot involving timelines, alternate realities, and cyborgs who manipulate peoples’ perception. Not to mention that a mysterious black void appeared in the middle of the city, decimating the city and claiming many lives. It sounds more sci-fi than idol anime in my opinion, and this had me initially hooked. 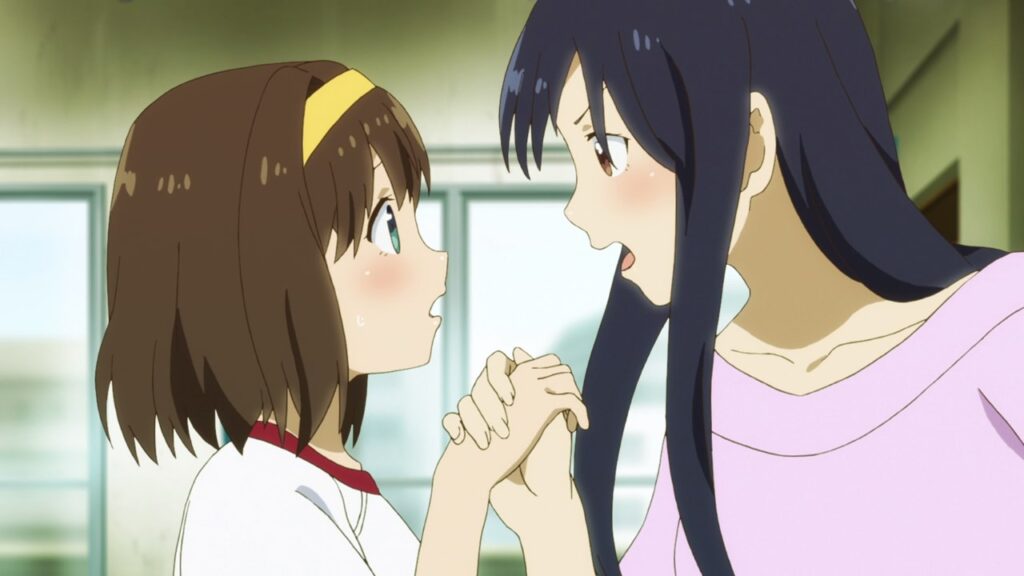 The first episode itself premiered as an hour-long New Year’s Eve special for those who managed to catch it online. The second half of that special was an adaptation called Alice in Deadly School, which followed two high school girls trying to fight their way through a zombie infested school. Now that sounds awesome, and I’d like to see the full OVA adaptation someday along with a School Live second season, but that’s not what we’re focusing on today. 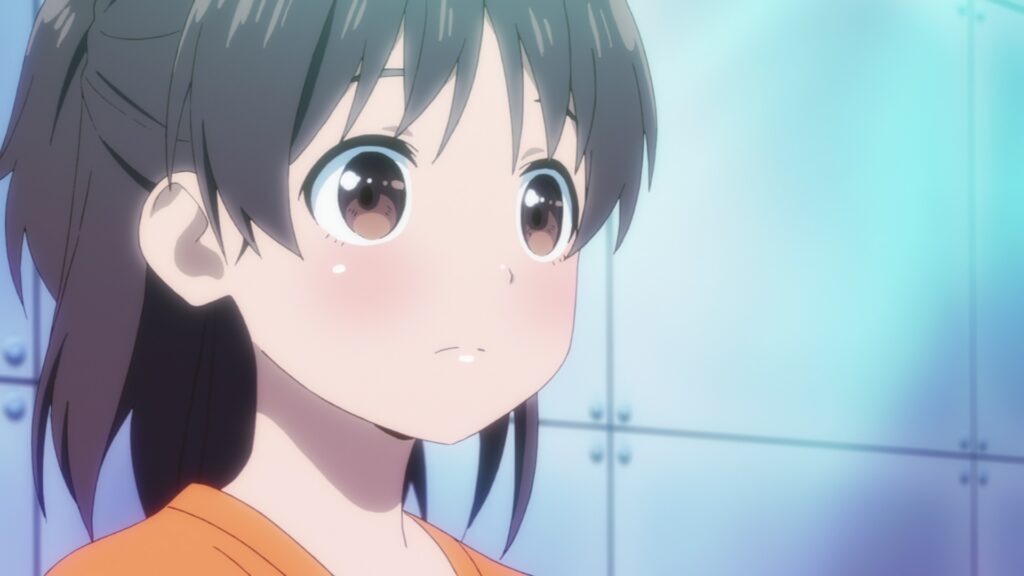 For its blend of idol culture with the intrigue of a large science fiction story, Gekidol could have pulled off something brilliant. Instead, the anime lacked the balance to really commit to any of its ideas. It suffers from an inconsistent story and an ending that didn’t really make sense. While it dips its toes into its sci-fi aspects of the story, Gekidol is still relatively a standard idol show.

I feel like Gekidol was trying to pull off the same trick like 22/7 did with their anime. Similarly, their story followed a traditional idol anime structure, focusing on recruiting members for a group and training them for a performance. In the backdrop of 22/7, there’s a central mystery surrounding the nature of the mysterious wall giving orders to the girls. 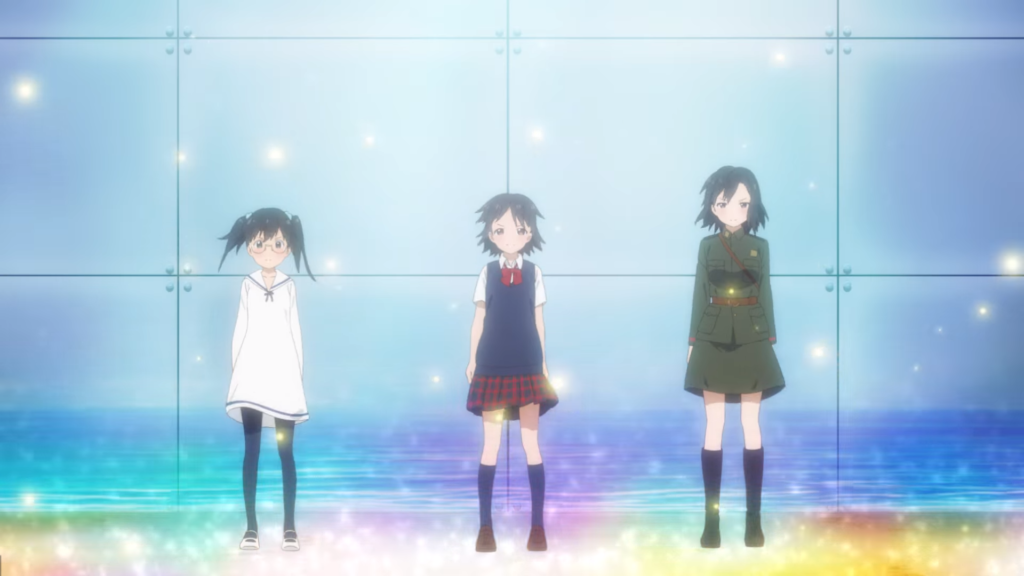 That said, I think one of the most interesting and unsettling aspects of Gekidol deals with the characters Seria and Doll. Seria is the closest thing we see to a three-dimensional character in the series, as she’s depicted as someone traumatized by the death of her parents and twin sister from the mysterious black void. And yes, she has a twin sister. Big plot twist. Seeing her mental struggles really hit the series hard and lends itself to a complex realization on Seria’s part to try to move on.

Doll, on the other hand, is the aforementioned android of the series whose AI mind and perception have led to contention with her other castmates at Alice in Theater. The series frames her as a manipulative, sociopathic robot whose glowing red eyes seem to project a false reality with anyone she’s involved with. This conflict begins with Seria, who’s convinced Doll is her deceased twin sister. Thanks in part to an intervention from Airi and an incident with Kaoru, she’s removed from Alice and joins SMT to help their boss create a false projected reality for everyone in the city. She plays a key role later on, as she helps initiate the sinister plan of putting everyone through a false fantasy. To be honest, I’m not quite sure she succeeds in the end, but if she had, then it’s one heck of a downer finale. 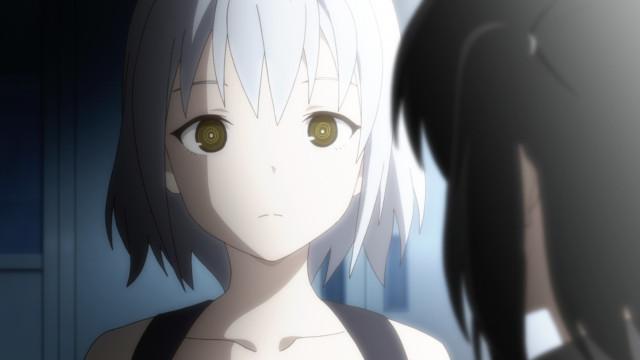 I think Doll is a great co-antagonist in Gekidol and she certainly steals the spotlight in some moments. However, her reduced screen time down the stretch makes me confused as to what role she played. Moreover, it would’ve been interesting to see how she wormed her way through Alice In and what exactly her true motives were. It’s not exactly clear to me if she fulfilled her objective at the anime’s finale. Unfortunately, I don’t think Gekidol provides any of that closure.

At the end of the day, I really want to like Gekidol because of the way it told its story beyond the conventions of an idol anime. I want to see where this story could be taken and the revelations of the overall mystery surrounding the series. It’s also really interesting to see the highlighted methods of acting, performance, and practice the characters gave each episode.

Despite my wishes, I’m left feeling empty after the end of Gekidol for not truly committing to the many ideas it introduces and sets up. There is a way to balance two genres together, but as soon as one outweighs the other with no focus and support, you have an unsatisfying conclusion to an anime no one was really watching in the first place.

Gekidol is currently streaming on Funimation.

Gekidol and Alice in Deadly School Finally Get Their Airdate