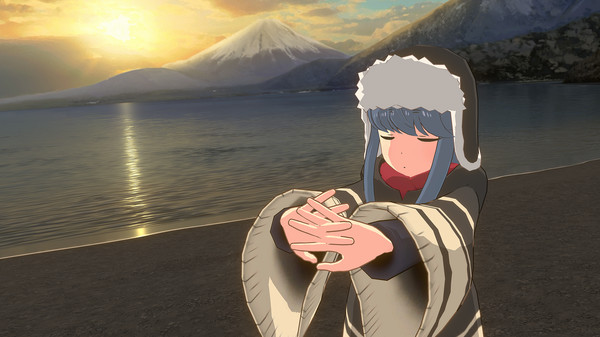 Just in time for the Lake Motosu version of Laid-Back Camp -Virtual- (the official name of the VR game based on the anime Yuru Camp) that is coming out this Thursday, Gemdrops released a promo video on Wednesday showing all the different ways the game can be played. On Monday, they also released a promo video for the game.

Does a virtual reality campsite even count as a game? Then again, if you’re a fan of the show, does it really matter?

The promo shows Rin and Nadeshiko enjoying the great outdoors at their camp at Lake Motosu in Yamanashi Prefecture. They enjoy the view of Mt. Fuji from the lake, eat dinner (the meals on Yuru Camp always look amazing), and are joined by a squirrel. You apparently play as Nadeshiko, as you can see when the player takes a selfie with Rin. 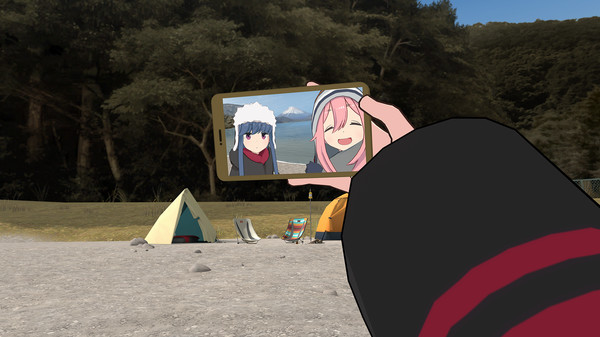 The Yuru Camp VR game looks as comfy and cozy as the anime series that it’s based upon.

The next YouTube video shows all the different ways you can play the game:

It seems weird that a game which is essentially just you hanging out with Shimarin at camp would have so many ways to be enjoyed, but there you have it. 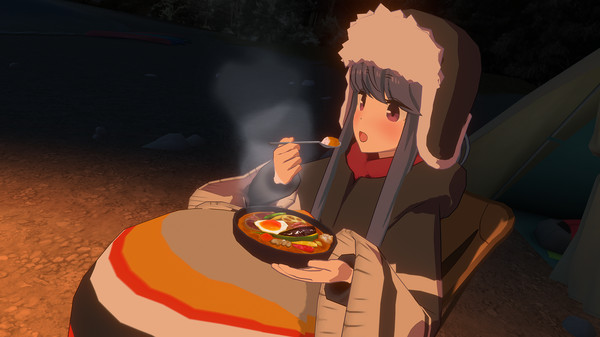 You can find the Steam webpage for Laid-Back Camp -Virtual- here. Crunchyroll has the first two seasons of the Yuru Camp anime, including the short series Heya Camp (Room Camp).