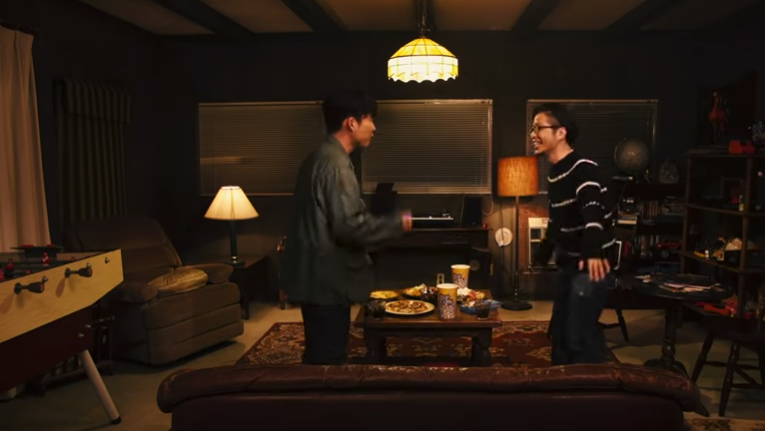 Gen Hoshino is really going to do this, huh? Not too long ago he shared the newest single “Same Thing” featuring continent-hopping group Superorganism, which found him singing entirely in English, and even undoing the top two buttons on his shirt to say “fuck.” Not long after that, he announced that his concert from last year at Tokyo Dome would be streamed worldwide on Netflix which…well, puts him in the same category as Hikaru Utada. If dude’s global ambition (or at least desire to go beyond the top tier of J-pop, where he currently resides) wasn’t clear enough, it really shines through now.

New song “Sarashi-mono” isn’t as obvious a stab at something bigger, but it does further underline this newfound shift for Hoshino. It finds him teaming up with rapper PUNPEE, who also guests in (and dabs on) the lyric video, which you can watch below.

Hoshino isn’t totally new to rap — elements of it have come across in previous songs — but this is his biggest bearhug of hip-hop yet. He does it pretty well too! Don’t expect any bars over the course of “Sarashi-mono” that would make Kendrick Lamar nervous, but he holds his own against the beat, delivering solid verses. PUNPEE does this for a living, so he obviously stands out more, but credit to Hoshino for tackling it and sticking a solid hook to it.

More tellingly, this is Hoshino expanding his sound and showing off more variety rather than sticking with safer numbers that would probably do well domestically. This isn’t a slam dunk anywhere — though credit for dipping into the actual sound of pop music in 2019 — but the spirit on display here, of stepping out of comfort zones and trying stuff out says a lot.

Time Crisis: Introduction To PUNPEE, Among Japan’s Breakout Rappers Of The Last Decade