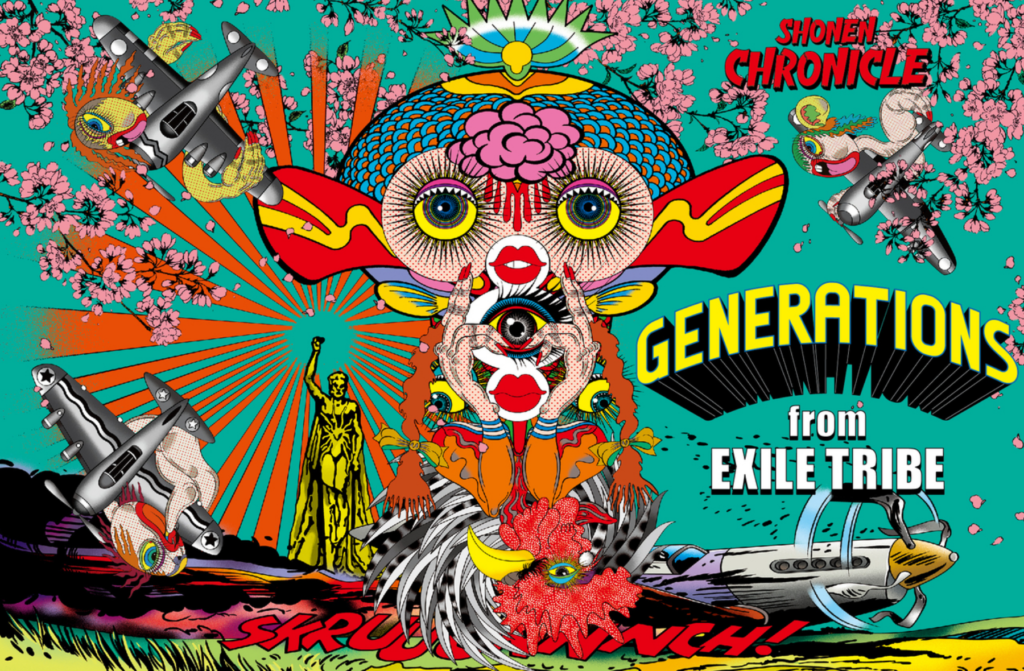 A new song via GENERATIONS from EXILE TRIBE is always worthy of attention, seeing as they are among the biggest names in modern J-pop. The latest release “One In A Million” carries a little extra oomph to it, at least for our purposes here at OTAQUEST. This swift dance-pop number features production from m-flo member and long-running DJ Taku Takahashi, among others. His influence comes through clearly over the course of the upbeat number, and it comes at an interesting moment, as Takahashi’s main group just released a really strong album of their own. Now he gets the chance to show another side of his sound via this cut. Watch the video for it below.

GENERATIONS (which, full disclosure, is managed by LDH, which is also OTAQUEST’s parent company) have worked at faster speeds plenty in the past, but the skippiness Takahashi brings to “One In A Million” is new terrain for them. With an assist from Minami of the group CREAM, Takahashi crafts a neon-bright melody propelled forward by a beat drawing inspiration from the hyperactive world of future bass. “One In A Million” doesn’t quite get as claustrophobic as other songs operating in this sonic zone, as there is plenty of space left for the members of the group to get their vocals in without much interference. Still, this tempo pushes them to bounce along at the same pace, adding a welcome urgency to the song.

While most of “One In A Million” makes concessions to allow for GENERATIONS to take the spotlight, the one interesting twist Takahashi gets in is the chorus. Rather than a traditionally sung hook, this song features an instrumental break that moves even more quickly than the bits coming before it. This detail makes for an interesting centerpiece to a number from a top-level J-pop group and allows for a drop of experimentation from one of the nation’s biggest.