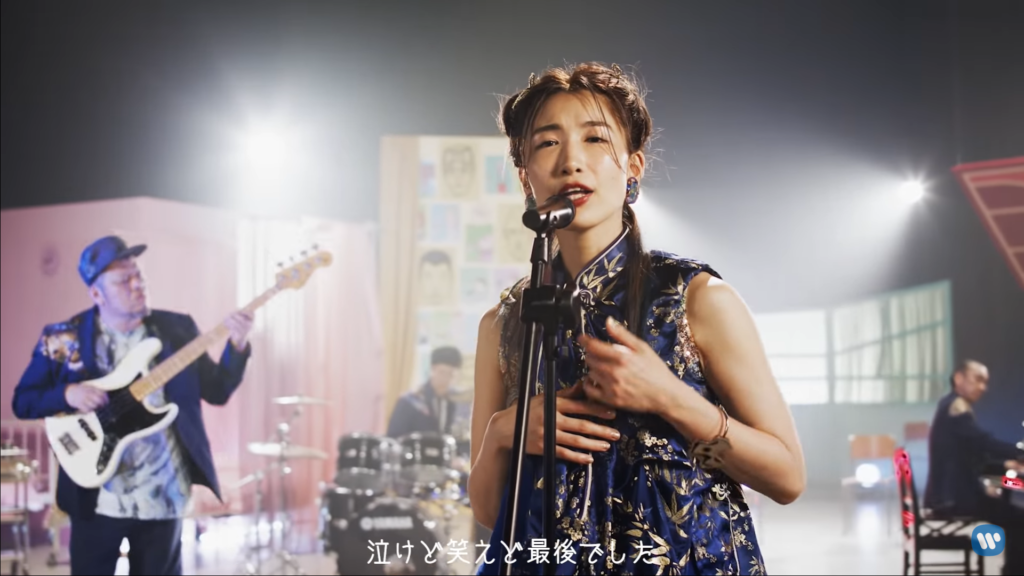 The more I hear Genie High do their thing, despite their gimmicky nature and clearly being a record label project, the more I feel like I’m supposed to take them seriously. An odd mix of notable comedians and professional musicians; what started as a gag has grown into a real thing.

Some of its members include Tricot frontwoman Ikkyu Nakajima, the strongly faced comedian Kukki who U.S. audiences might know from Amazon Prime’s Documental (Watch it. It’s a great entry point into Japanese unique brand of comedy.), and Piano virtuoso Takashi Niigaki who used to ghostwrite for a pianist who lied about being deaf. A wacky mix to be sure, but if you put that all aside for a second and listen to their new single ‘Shaminami’, you’ll find yourself lost in it.

‘Shaminami’ is simultaneously light but dense. The song starts off with some interplay between Ikkyu’s signature voice and Niigaki’s frantic piano chops. Enon Kawatani, Indigo La End and Gesu No Kiami member, due to scandal might be the most famous member of the group and his soft, rhythmic guitar playing on ‘Shaminami’ really grounds the whole thing. Kukki and comedian Kazutobu Koyabu do solid for people not known for their musicianship. There are bits on here where Ikkyu, while using a softer voice than with Tricot, really does nail a feeling.

People assumed last year’s Genie High EP would be a one-off project, but when one of the songs blew up I suppose everyone realized they had something. They dropped a one-off single called ‘Genie High Rhapsody’ earlier this year that dropped their light rock styles for a more tongue in cheek pop track; much more reflective of the group’s gimmick and comedic elements. However, It’s also a really catchy tune. Now that Genie High is back and releasing the ‘Genie High Story’ mini-album, leading it off with ‘Shaminami’ which comes across much more seriously, I have to say I’m paying attention to the group, not as spectacle or novelty but a real musical project with something to offer.