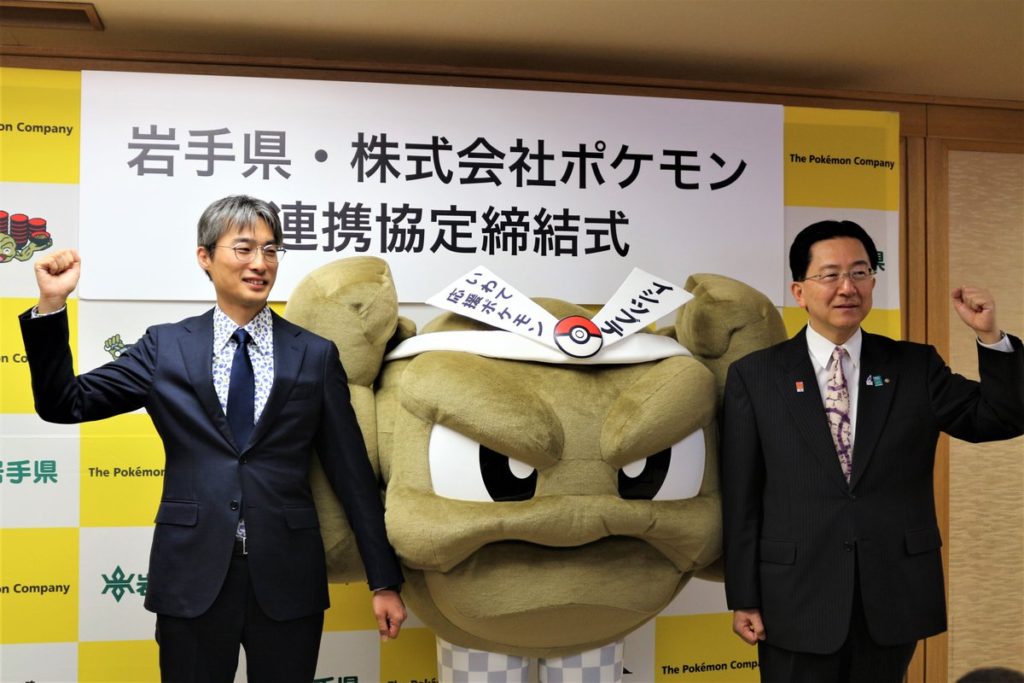 Many local governments around Japan do whatever it takes to promote their prefecture or city. Many have their own mascots which represent what that region of Japan is most proud of which is then pushed nationally to raise awareness of that region of the country, the most famous example being Kumamon from Kumamoto Prefecture. Some work with musical artists to promote themselves and put them on the map. Others go the… let’s say unconventional route, shall we? Iwate Prefecture is one region taking that more unusual path to put their region on the map, despite already having an adorable mascot in the Wanko Brothers, as they have enlisted the help of the Pokémon Geodude as an official ambassador for the prefecture.

The collaboration makes more sense when you think about the prefecture’s name. A literal translation of the kanji that make up the prefecture’s name (Iwate, 岩手) is ‘rock hand’, while Geodude as a Pokémon is essentially a giant rock with hands. Thought about that way, the collaborative project between Geodude and Iwate Prefecture makes a lot more sense, even if it is essentially just a play on words.

To coincide with this appointment as a tourism ambassador, a special music video has been released. As part of Geodude’s new role as Iwate Prefecture’s tourism ambassador, they will be featured at a variety of events with the intention of helping to promote tourism to the region and to bring greater recognition to the area.

There’s nothing not to like about this story. The idea of a Pokémon promoting the region of Iwate is something that can’t help but put a huge smile on my face, and I for one can’t wait to see what they’ll get up to on their quest to promote Iwate. It’s a bit of a weird decision, I will admit, but I guess we’ll just have to… roll with it.

I’ll show myself out.