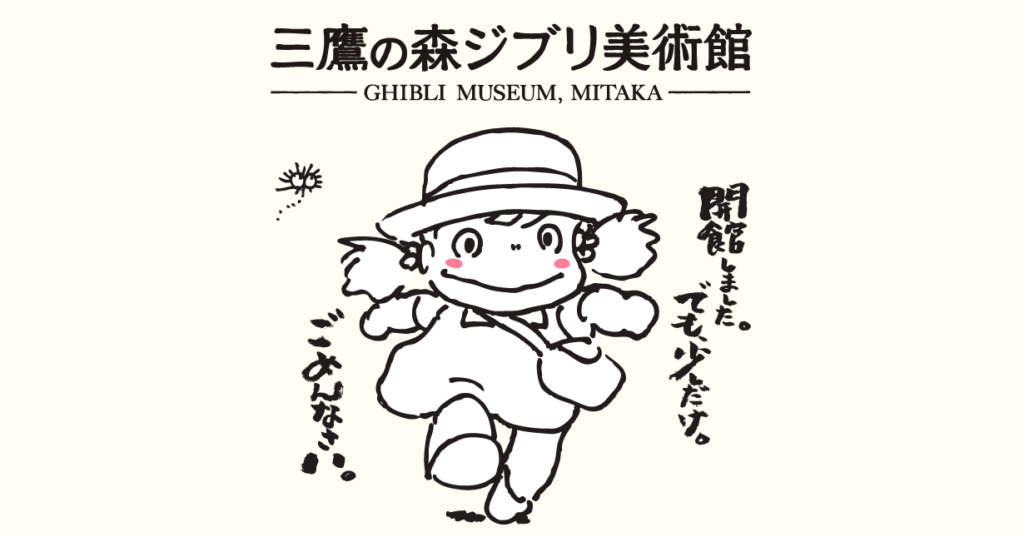 Like many stores and tourist attractions within Japan since the worldwide pandemic sent the country into lockdown, the Ghibli Museum was closed in order to prevent the spread of COVID-19. Unlike many places, however, the museum has remained closed ever since, only opening on a very limited basis to Mitaka residents only in July, with tickets being distributed via lottery. As such, it was difficult to call this a full re-opening of the popular location. Now, aided by new safety procedures that have been detailed on their website, the Ghibli Museum is finally set to re-open its doors to people from all over Japan starting from September.

Procedures following the museum’s re-opening will be a little different. Many of these rules will be the same as other stores and tourist attractions, such as temperature tests, mask mandates and regular hand sanitizing locations throughout the museum. The museum promises surfaces will be cleaned regularly and the building will be well-ventilated. Electronic tickets will also be used.

More specifically to the museum’s unique attractions, the Cat Bus play area for little kids will have a reduced capacity, with children only allowed to enter one at a time after disinfecting their hands. Attendance caps will be in place in the shop, and the cafe will be offering a reduced menu focused on light meals like sandwiches.

Usually, the short film being shown within the theatre will only change once per month and be announced on the Ghibli Museum website in advance. While it is possible the film will remain the same throughout the month of September and continue on this schedule, this hasn’t been confirmed and no online schedule will be released. Instead, visitors will need to ask staff on the day what film is being shown.

With the Ghibli Museum set to fully re-open and with these safety procedures, guests should feel safe visiting the museum after a long absence. Tickets for the month of September will be made available in 2 stages, with tickets for the first half of the month going on sale on August 25th. Tickets will only be sold through Lawson’s ticketing system within Japan.