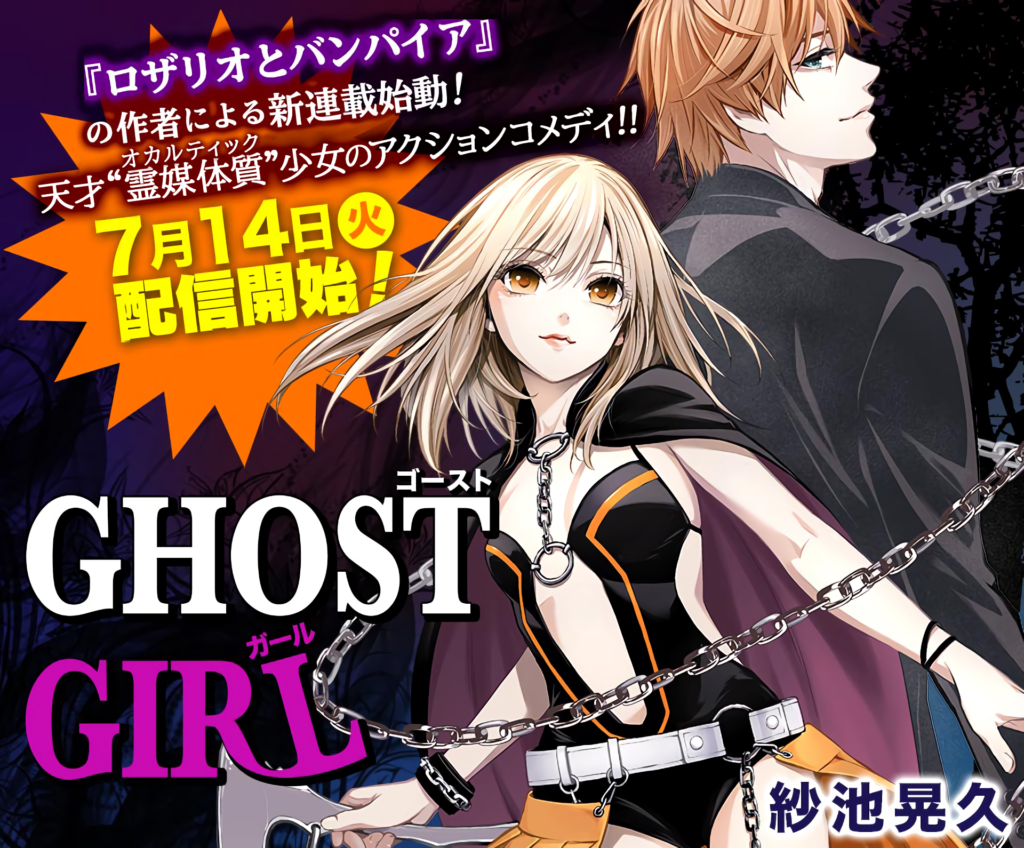 More than five years after its initial launch, Shueisha’s ‘Jump Plus’ online manga service is well and truly a success. Not only has it managed to produce several hits (SPY x FAMILY, Astra: Lost in Space, Jigokuraku), it has also proven the viability of online-only publication in terms of both critical and commercial success. With this in mind, the latest additions to the Jump Plus line-up look incredibly promising – including the return of one Rosario+Vampire creator, Akihisa Ikeda, with GHOST GIRL.

The four new titles joining the Jump Plus line-up are as follows: Kaiju No. 8 by Naoya Matsumoto; Senpai! Ore no Koe de Iyasarenaide Kudasai! by Chilt; GHOST GIRL by Akihisa Ikeda, and Gaming Princess by Ononani. They will be launching via the official website on July 3, July 5, July 14, and July 21 respectively. 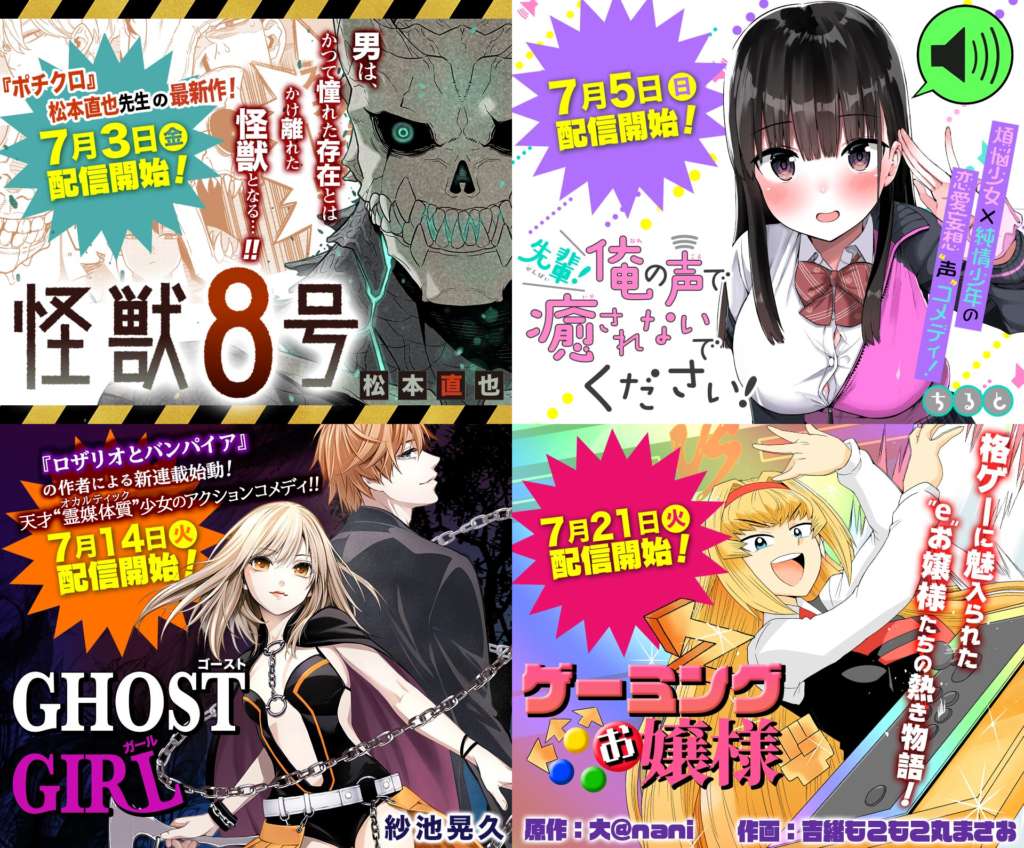 It is no coincidence that Jump Plus’ sister publication, Weekly Shonen Jump, is doing the same thing with its line-up at exactly the same time. Both imprints, regardless of their format, want to shore up their future and cultivate new hits – and some of the additions to the Jump Plus line-up look like they might do just that.

While there isn’t much information on Gaming Princess, Kaiju No. 8 follows the story of a man who finds himself turned into a kaiju and is penned by the author of Pochikuro,  which ran in Jump Plus from 2014 to 2017. Senpai! Ore no Koe de Iyasarenaide! is a love comedy centering around a high schooler who makes the girl that he likes read scripts with ‘naughty’ things in them. To that end, the series’ protagonist actually already has a voice actor: Ai Kakuma, who voiced the female lead Isuzu in KyoAni’s Amagi Brilliant Park. We’ll hear her in action in a special PV that will be released at a later date.

Nevertheless, the most exciting addition to the Jump Plus line-up is undoubtedly GHOST GIRL by Akihisa Ikeda. The Rosario+Vampire creator has been absent from the manga industry ever since Season II of that aforementioned series came to an end in 2014. It is no coincidence, either, that he is making his return at the same time as Kentarou Yabuki: Shueisha is no doubt hoping that both 2000s-era artists can recapture their previous successes.

You can check out the latest additions to the Jump Plus line-up via the official website. No word on an English release yet, but Manga Plus does pick up a fair number of titles for English release, so go and pester them if you want one!