The display doesn’t officially start until 12 July 2021, but the team behind it has been running some tests and uploaded a video to their official Twitter page. It looks absurdly real and the use of depth even makes the cat look like it’s really there standing on top of the building.

The only downside to this is that the Shinjuku Vision Space Cat video is only going to be displaying once per day starting on 12 July 2021. The video will play at 7 in the morning for about 30 seconds and then the cat will be in hibernation until the next day. So, if you’re looking to catch it, you’re going to have to wake up quite early to be able to experience it. 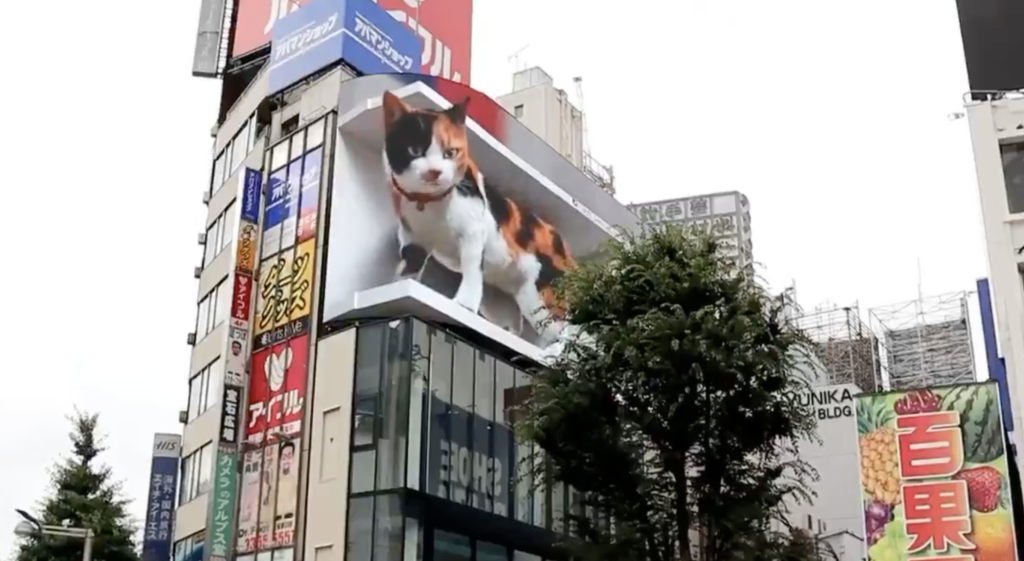 Coca-Cola has done something similar with their display on the Q-Front building in Shibuya with a holographic 3D display and I think we’ll be seeing more of this pop up throughout Tokyo in the future.