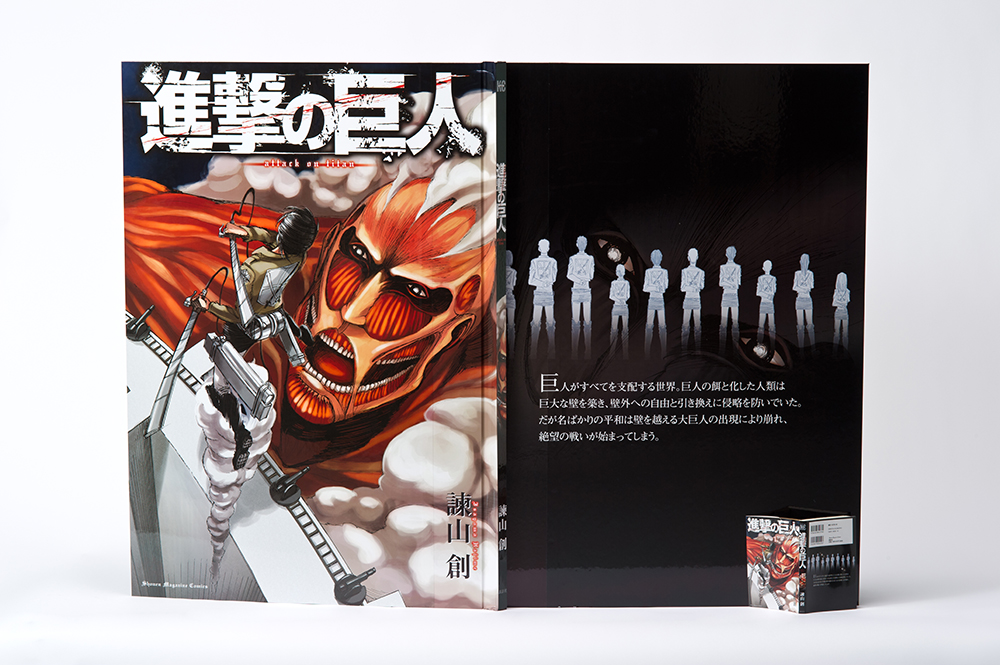 Kodansha announced that they will release a giant-sized version of the Attack on Titan manga, hoping to secure the title of the largest comic book ever created (in terms of physical size) in the Guinness Book of World Records.

Attack on Titan is currently rounding out its story in the anime, and the manga will be completed in a couple of weeks at the beginning of April. 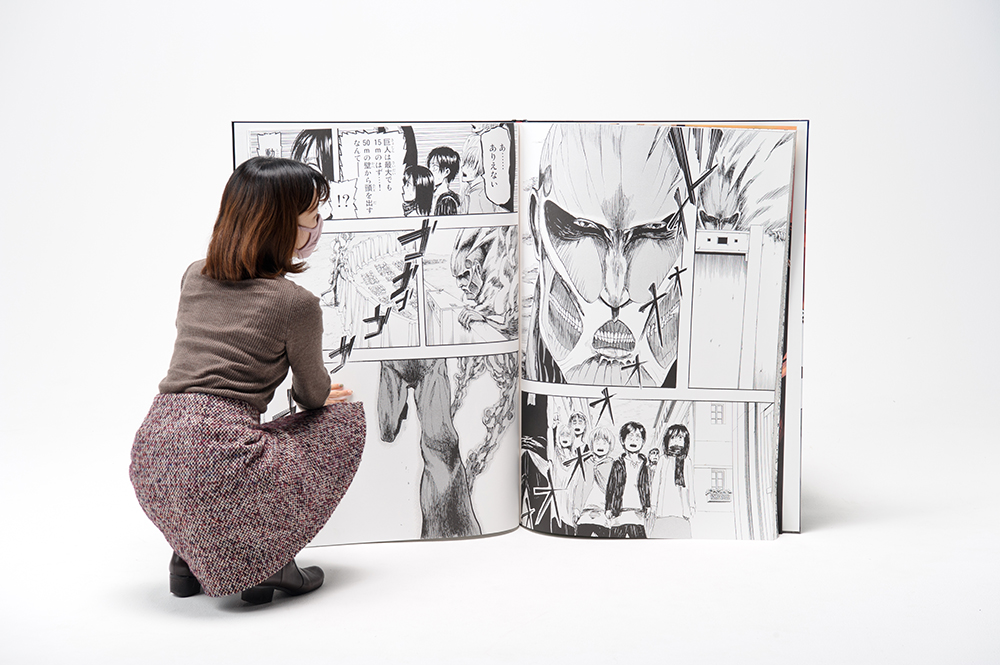 Currently, the largest comic book published measures 6,976.02 cm² (7 ft² 73.28 in²) and it is called Turma da Mônica created by Mauricio de Sousa Produções and published by Panini Brasil (both Brazil), verified in São Paulo, São Paulo, Brazil, on 5 August 2018. The new Attack on Titan giant manga would come in at a staggering six to seven times the size of regular new book size comics, and was designed to be read by the Titan form of Eren.

The Attack on Titan Giant Manga will be available to one-hundred lucky buyers worldwide and will cost a whopping ¥165,000 (Approx. $1,500 USD). Pre-orders are currently available through the Kodansha Online Store and the product will start shipping this coming May.

Kodansha stated that it will take about two months for the product to be actually created, so if you plan on ordering the giant manga, make sure you keep that in mind before you start re-organizing your room or house to fit this monstrous book.