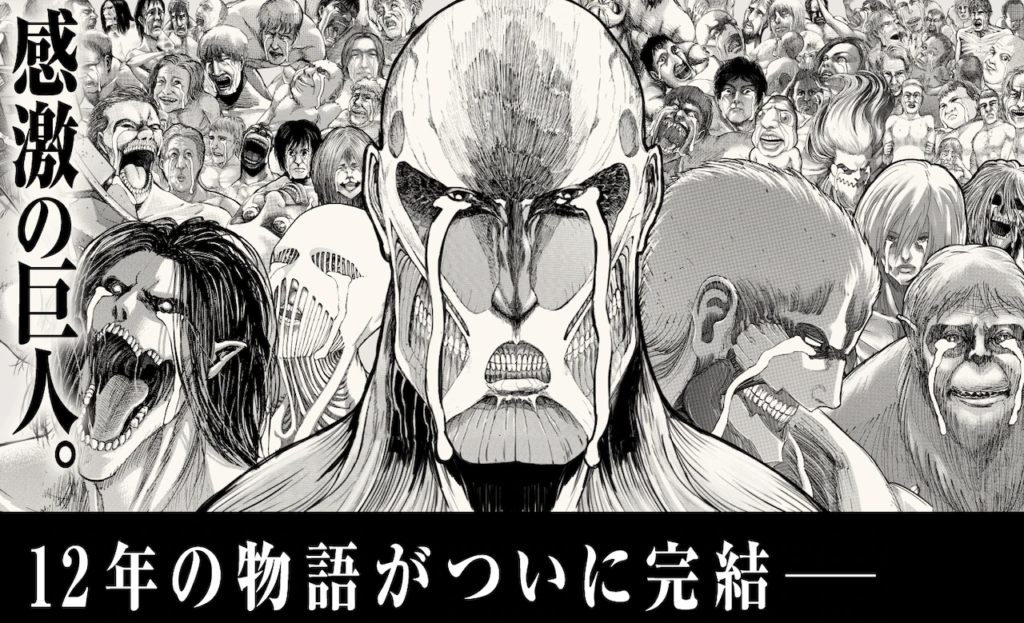 Bleary-eyed commuters probably got a bit of a fright this morning when they came face to face with this massive, animated Attack on Titan billboard in Shinjuku station.

Meant to promote the series’ final, thirty-fourth volume, what makes this Attack on Titan billboard in Shinjuku station particularly impressive is that it is displayed on a 45.6 metre-long LED screen. Nevertheless, there’s something disturbing about it, too: every single Titan featured on it is crying, presumably because the series has come to an end.

Quite aptly, the advertisement has been named ‘Kangeki no Kyojin’ or the ‘Emotion Titan,’ a play on the series’ nomenclature.

Apparently, this Attack on Titan billboard in Shinjuku station is also one of the largest on display in Japan right now, with one fun fact being that it is over three times taller than Eren in his Attack Titan form. It seems like Kodansha is really going for those records as of late, but the advertisement’s main function is to promote the final volume and thank fans for all of their support over the years.

No doubt fans will enjoy the spectacle of seeing this massive advertisement in the depths of Shinjuku station, as well as identifying which Titans are featured and where. Every single Titan from the series is apparently featured, making for quite a large ensemble. There were even enough to run a popularity contest with them earlier this year!

If you’re in Japan, don’t forget to go check out this Attack on Titan billboard in Shinjuku station before it disappears at midnight on 13 June. It’s located on the passageway between the east and west platforms.