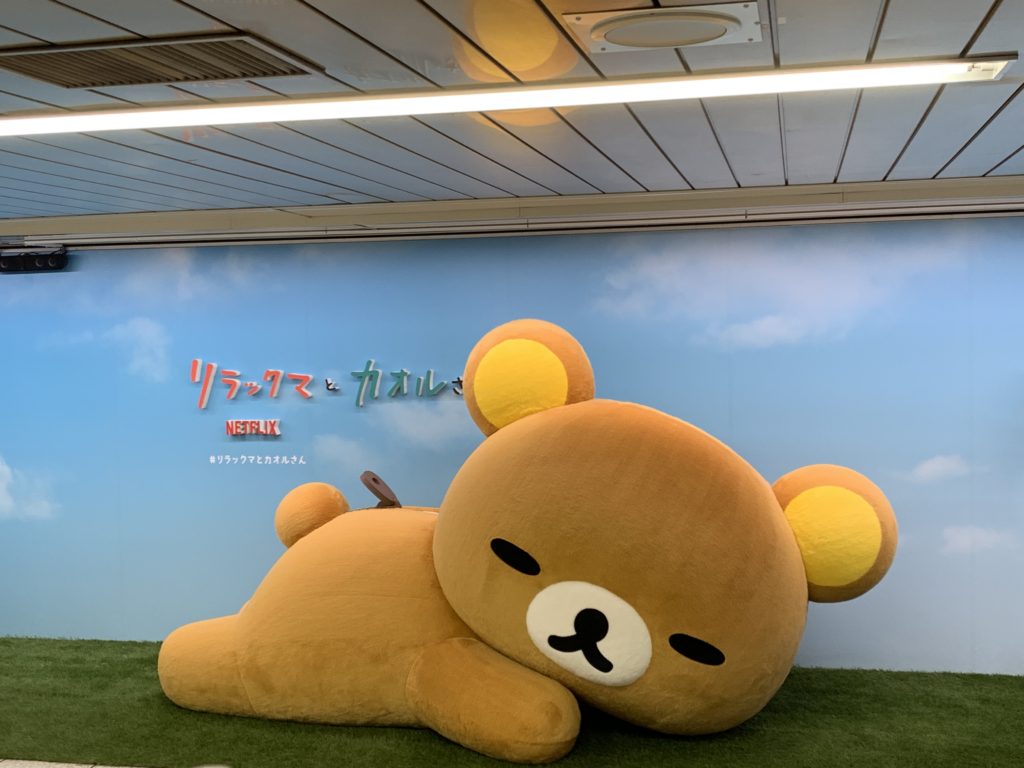 The new Rilakkuma and Kaoru anime series on Netflix has been rather well received since it was released just under 2 weeks ago. Like the Netflix original series Aggretsuko that came before it, this is another new and well-received anime based on a Sanrio character and property. However, unlike that show, the character this series was based upon was already significantly more popular than their office wage-slave counterpart had been. The character is a household name alongside the likes of Hello Kitty, after all. It makes sense, then, that the promotions for this show go a step beyond the ways in which that anime was advertised, seen most prominently (and cutely) with a massive new promotion that can be found within Shinjuku Station for a limited time.

This advert is being hosted in the same area as the BiSH promotion we wrote about recently featuring free CDs as well as other promotions we’ve written about in the past as well. For this promotion, a giant Rilakkuma plush has made their bed inside Shinjuku station and is resting comfortably on a grassy pasture placed inside the station. Surrounding them, the pillars that go along this section of the station have been plastered with the characters of the show.

Yet it doesn’t stop here. Between the hours of 10 am and 6 pm every day, the theme song for the anime can be found playing from speakers placed near the display, while staff from Netflix are on the alert so you can have your photo taken with Rilakkuma if you would so please. Of course, due to the popularity of the character, it would be very easy for this to go horribly wrong if there wasn’t some sort of organized system to go along with it, therefore, in order to have a photo with Rilakkuma you need to ask for a nearby Netflix staff member for a special free photo ticket. From here, you’ll be given a timeslot to return between, during which you can have a photo taken by the staff on your own camera. It is a little bit of a frustrating system, I have to admit, especially since there’s a possibility of tickets being exhausted for the day if you don’t arrive early (I asked near the end of the day so it was understandable, although it did seem they had run out of tickets a long time ago given how second-nature such a reply was).

You don’t have to come away empty-handed, however, if you aren’t lucky enough to be able to take a photo with them. There is time and the possibility that you can take a photo of Rilakkuma on their own without you being in the photo, and sharing such a photo with the hashtag #リラックマとカオル and showing it to staff could nab you a special sticker in a design of your choice. 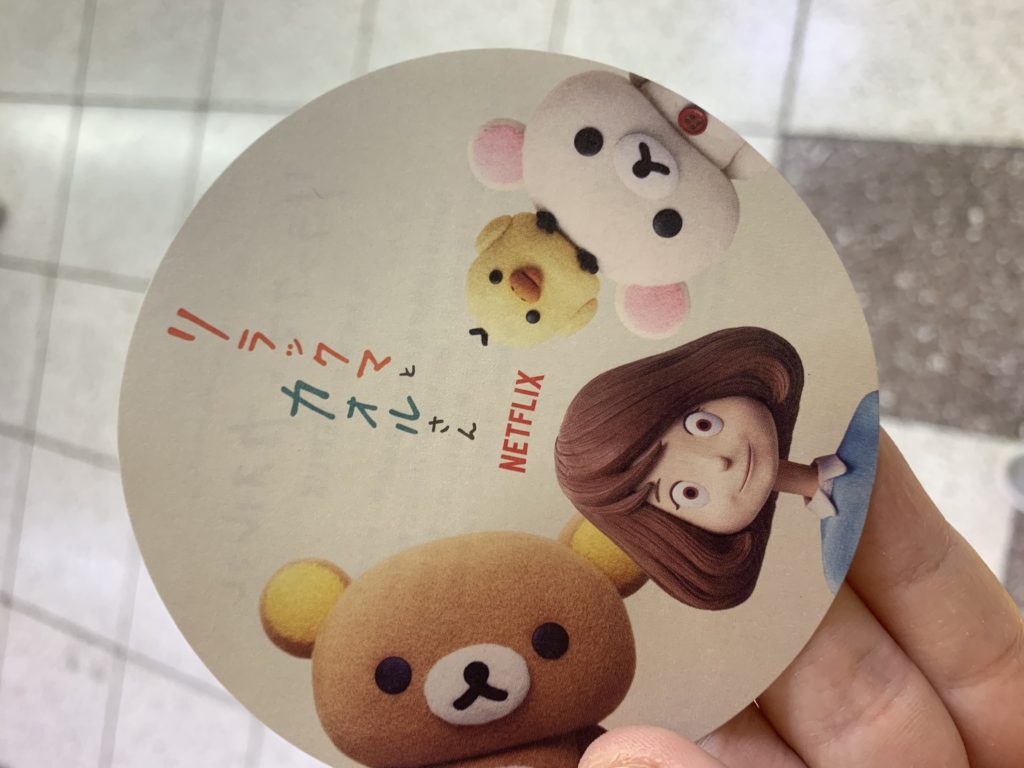 It feels as though each new advertising campaign in Shinjuku Station is attempting to out-do the last, and I was rather impressed with what they had done to draw a crowd towards this advert, and in turn, raise awareness of the new Netflix series in the process. You can watch this series on Netflix now, while this Rilakkuma advert will continue to be on display in Shinjuku Station, with photo opportunities between the hours of 10 am and 6 pm, until May 5th.