What Is Giant Robo? A Guide to the Famous Mecha Anime and Manga 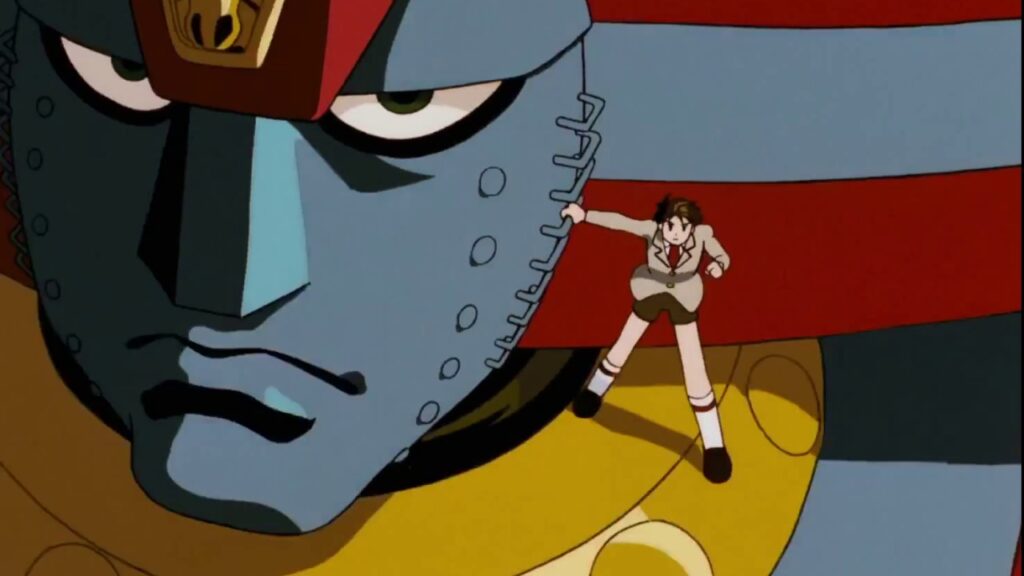 The giant robot in the aptly named Giant Robo bears a striking resemblance to an ancient Egyptian. The robot itself, unlike other popular super robots, doesn’t transform, but the franchise has managed to evolve several times. Since the 1960s, it has gone from Showa-era manga and tokusatsu to a couple of more recent and darker anime adaptations.

There are some large gaps between the adaptations, meaning that Boomers, Gen Xers, and Millennials might have somewhat different memories of Giant Robo.

However, all versions of the heroic robot look like a robotic King Tut. 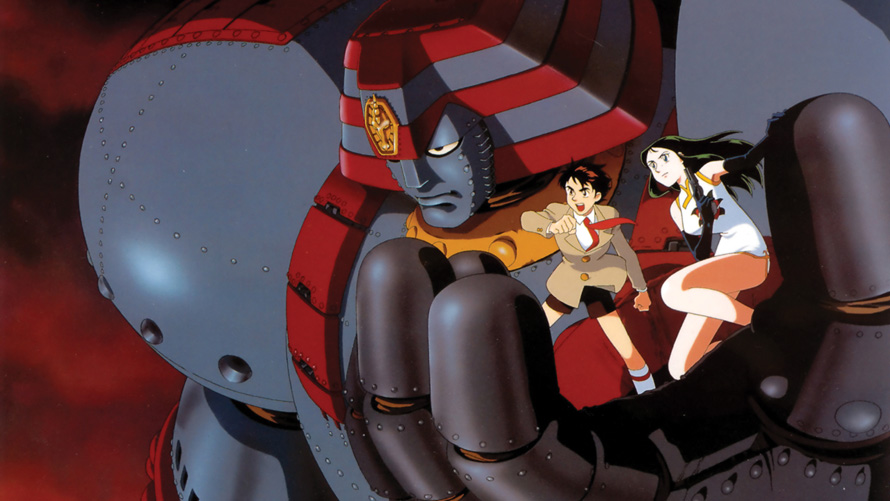 Giant Robo started out as a manga by Mitsuteru Yokoyama and ran from 1967 to 1968. Yokoyama had previously created Tetsujin 28 in 1956. The Giant Robo manga is similar, but adds some new twists.

In the manga, the giant robot was created by an evil organization, Big Fire. They want to take over the world, and the robot GR-1 certainly looks big enough to be a powerful weapon.

Naturally, whenever you have an evil international organization, you’re going to have some James Bond-ish spies trying to stop them, the ‘UN Special Agency’ in this case. Big Fire’s henchmen accidentally mistake a boy named Daisaku Kusuma for a spy, and capture him. There’s a dramatic scene which feels like a homage to Frankenstein, since the giant robot needs lightning to be charged up. Something goes wrong, and there’s an explosive disaster. When the dust settles, Daisaku is now in charge of the robot. It seems that GR-1 is voice-activated, and Daisaku was the first person to talk to the controller.

Note: Of course, this is decades before Siri. But an early form of speech recognition had been demonstrated at the 1962 World’s Fair.

Making the robot voice-activated removes a plot device from Yokoyama’s earlier work. Tetsujin’s controller box could be stolen, forcing the giant mecha to obey whoever, good or evil, had the controls. GR-1 won’t be so easily swayed. It makes sense, but it also reduces the central moral of Tetsujin’s story to a tech support security issue.

In any case, since Kusuma can control the robot, he can take it from the evil guys bent on world domination. Of course, the bad guys aren’t willing to give up that easily, and they send other robots to stop GR-1 (‘Robo’). GR-2 is a naval robot with a powerful rocket punch. TV Tropes points out that Giant Robo had a rocket punch before Mazinger did. GR-3 is a flying robot.

Of course, Robo is able to defeat these other robots. Big Fire’s final trump card is a stolen hydrogen bomb, which they use to threaten Tokyo… ‘hand over Robo or else!’.

Finally, the good guys and Robo attack Big Fire’s secret base. The bad guys flee, the bomb is recovered and Tokyo is saved.

A live-action TV version of Giant Robo was produced the same year as the manga. This was a tokusatsu show, that uniquely Japanese genre of rubber suit monsters and the masked superheroes that fight them.

In the tokusatsu, Big Fire still wants to conquer the Earth. But this time, they’re from outer space. The alien terrorists have been kidnapping scientists. Daisaku Kusuma’s ship is attacked by a giant sea monster. He and a secret agent end up shipwrecked. Big Fire captures them. Our heroes are taken to the underground lair where a giant robot is being made by one of the kidnapped scientists. The scientist helps them, and Daisaku ends up in charge of the robot.

The tokusatsu was brought to the United States as Johnny Sokko and His Flying Robot in 1969. In the American dub, Big Fire is renamed the Gargoyle Gang, and the heroes work for an organization called Unicorn. The robot is named, well, Giant Robot. Each episode features a different monster, and Giant Robot must fight them.

These monsters have great names — Dakolar, Globar, The Satan Rose, Lygon, Gangar, Dorogon and Iron Power are just a few of the ones in Japanese. American names include Nucleon, The Gargoyle Vine, The Gigantic Claw, Double Head, Iron Jawbone and Cleopat. The Gargoyle Gang is led by Emperor Guillotine, a blue-skinned alien.

There were 26 episodes. Giant Robo was the first tokusatsu to feature a giant robot.

Some of the Gargoyle Gang’s plots sound pretty good on paper. They capture a jet and a sub from different nations to try and provoke a world war in one episode. They kidnap one of the leaders of Unicorn. They attack Unicorn branches around the world, and Tokyo is next. In one episode, the good guys have to protect a defector who escaped from the bad guys. Other plans are a bit odd. They kidnap the spectators at a soccer game. A vampire transforms people into vampire slaves.

In 1970, footage from the TV series was made into a TV movie, Voyage into Space.

In Japan, Giant Robo was produced by TOEI Company. TOEI’s best-known live-action TV shows would include Kamen Rider and Super Sentai (i.e. Power Rangers). TOEI is also the parent company of TOEI Animation, whose products range from Sailor Moon to One Piece. 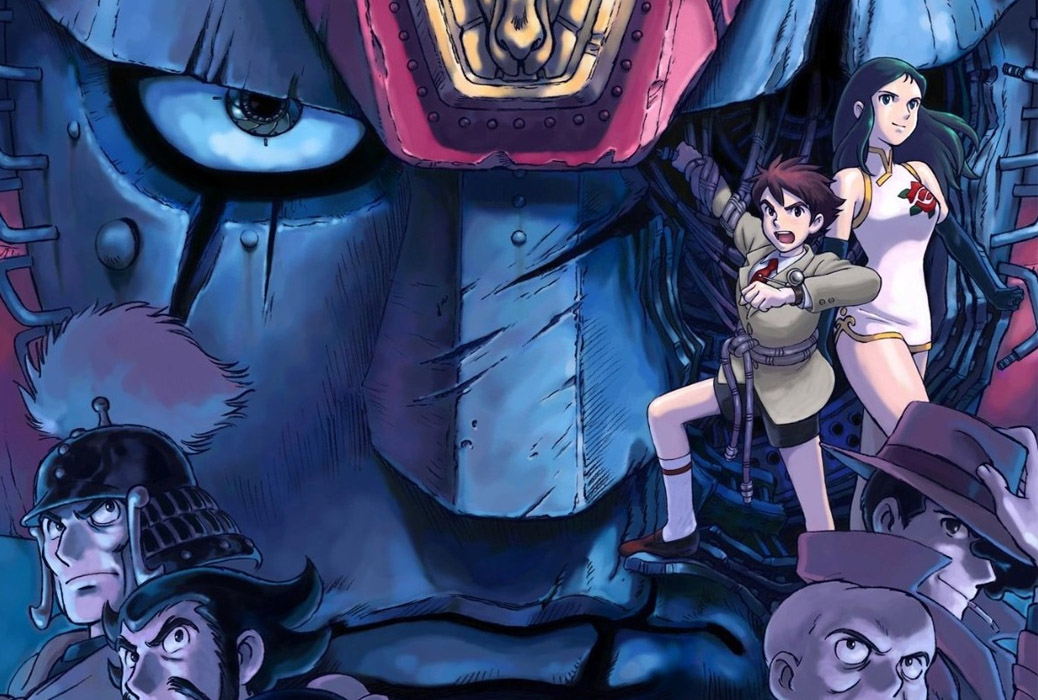 Despite the title, this anime was not related to the classic American 1951 science-fiction movie of the same name. Really, the only thing that the two have in common is the presence of a giant robot.

The series takes place in the future, although it is a retro-styled future. It seems that there will be an energy revolution in the future. Everything in this prosperous future will be powered by this new clean energy, which unfortunately, makes the world an easy target for the BF Group.

The BF Group is led by Big Fire. The BF Group includes both mechanical monsters and superhumans. They want to bring down this futuristic civilization so they can dominate it.

They are opposed by the International Police Organization. The IPO is more of a spy organization than an army. However, they also have Daisaku Kusuma on their side and Kusuma’s giant robot.

In this version of the story, Giant Robo was built by Kusuma’s father. It seems that there were issues preventing the new Giant Robo director, Yasuhino Imagawa, from using many of the characters from the original Giant Robo. So instead, he borrowed characters from other Mitsuteru Yokoyama manga series. The result is what TV Tropes describes as ‘an (unholy) amalgamation of Wuxia, Superheroes, Richard Wagner, Mecha Anime, and pure insanity …’

There are seven episodes, put out between 1992 and 1998. These are ‘The Black Attache Case,’ ‘The Tragedy of Bashtarlle,’ ‘The Magnetic Web Strategy,’ ‘The Twilight of the Super Heroes,’ ‘The Truth of Bashtarlle,’ ‘Crime and Punishment’ and ‘The Grand Finale.’

The series is a lot more complex than the original. A lot of the good guys die. There are some major spoilers and hidden secrets about the new clean energy.

In 2006, Yasuhino Imagawa created a spin-off manga called Giant Robo: The Day the Earth Burned. This is not a continuation of the story, but an alternate universe version.

A new anime series, GR: Giant Robo, aired in 2007, the 40th anniversary of the original series. Masahiko Murata directed it.

This time around, Daisaku Kusuma is a diver in Okinawa who discovers Giant Robo 1 (or GR1). The robot is apparently ancient.

As it turns out, GR1 is just one of many giant robots left over from a lost civilization. The giant robots were created by gods, and placed inside giant pyramids.

Once again, Daisaku and Giant Robo must battle the bad guys. But the good guys aren’t that good, either. And the bad guys may have good reasons for their actions, which will be revealed as the series goes on. The bad guys are trying to gather up all the robots. There are also ancient evil alien horrors lurking about. Of course, that is why the robots were created in the first place. Incidentally, the evil organization this time around is called Gigantic Rebellion Operators (GRO). All things considered, it’s a more accurate name than Big Fire, as they do operate giants.