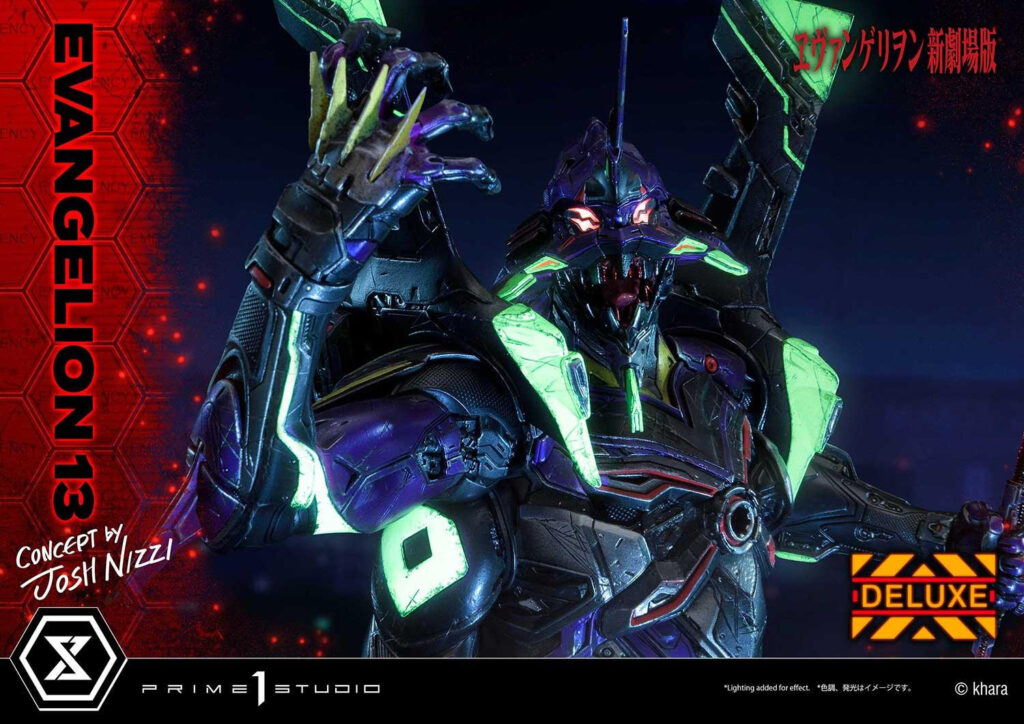 It really seems to me that Prime1Studio has a fixation with Unit-13 from Evangelion as today they announced that they will be producing another statue-style figure of the massive Evangelion unit.

The new figure, however, is much cooler looking, and much cheaper! Don’t get me wrong, it’s still super expensive, but nowhere near as expensive as the statue they announced at the beginning of this year. 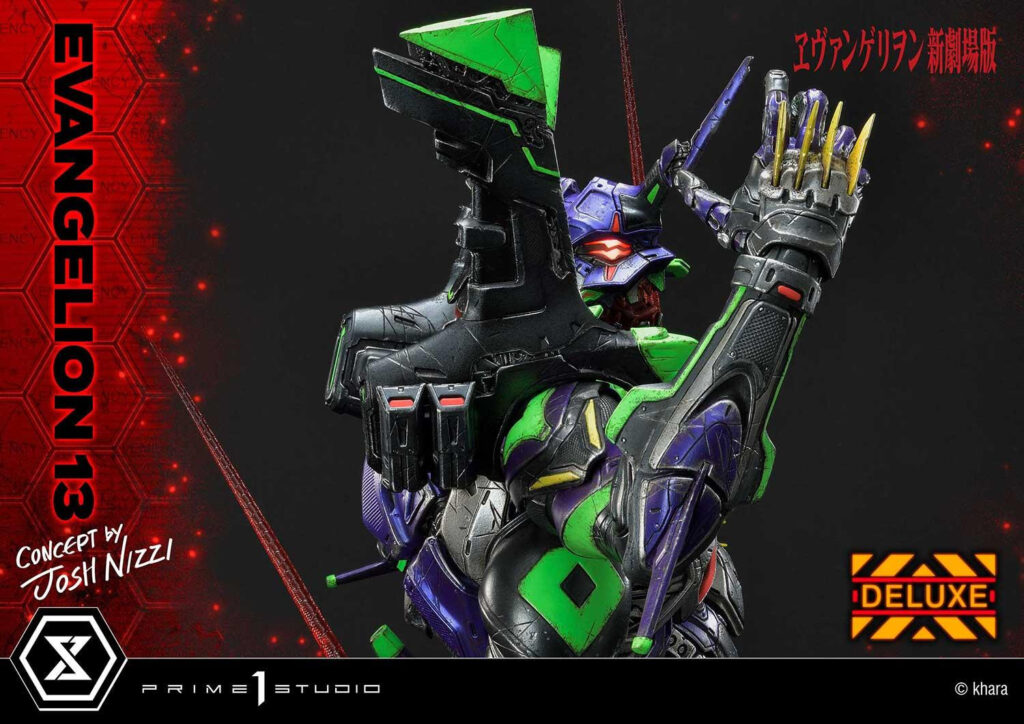 The new statue-figure stands at a whopping 79 centimeters tall (that’s just over 2.5 feet) and features Unit-13 standing on a mass of destroyed buildings. Josh Nizzi, an artist who has worked on almost every Marvel Cinematic Universe film in some capacity was the mastermind behind the design for the figure. Unit-13 is one of my favorite Evangelion because it is piloted by both Shinji and Kaworu. It has four arms and uses the Spear of Longinus, which ultimately ends up piercing the EVA in the movie. Unfortunate as it may, it does make a return in Evangelion 3.0+1.0.

The statue-figure also has swappable parts and LEDs built into various parts of the head and body to give it that really ominous look. 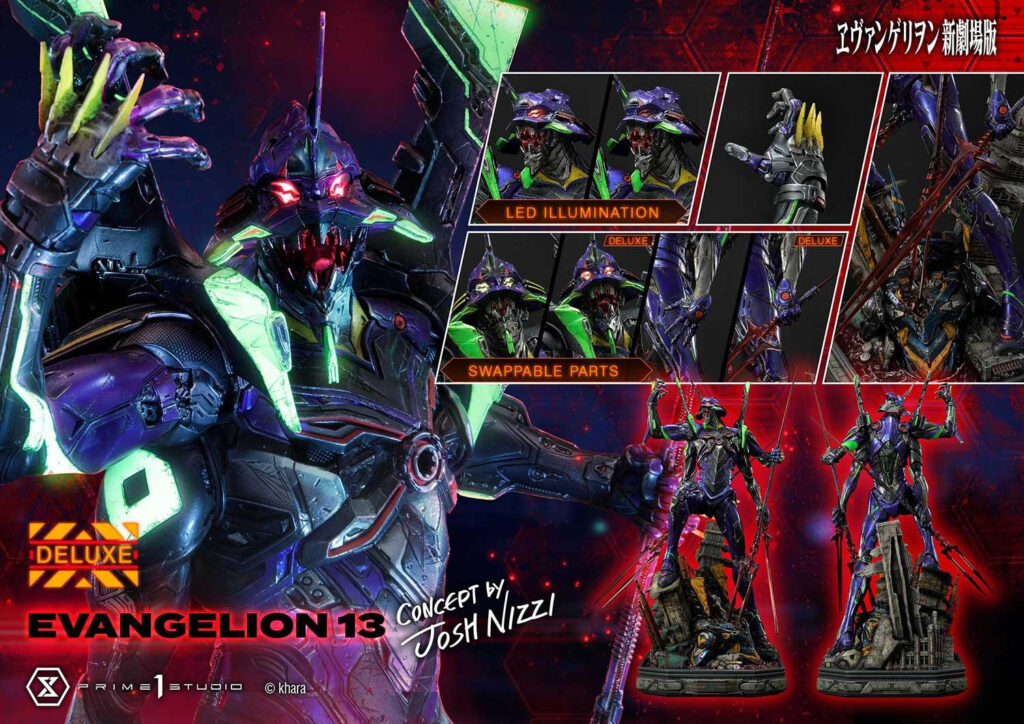 The figure is currently available to pre-order through the Prime1Studio website for a staggering ¥184,690 (Approx. $1,750 USD) and will ship to buyers sometime between September and December 2022.