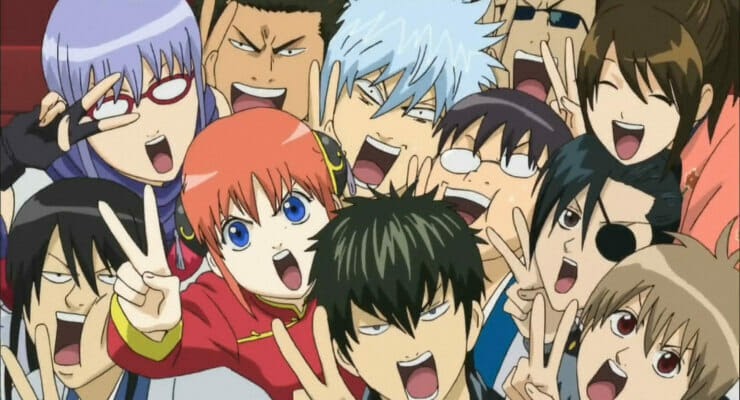 With an anime as epic as Gintama, it’s very hard to put arcs into a top 10, so we’re going to talk about some fan-favorite Gintama arcs that show people what to expect out of this legendary show.

If you haven’t heard of Gintama, here’s a quick summary.

In an alternate Edo period (1603-1868), aliens invade Earth, and the samurai of the land are ready to fight against this new threat. However, out of fear, the shogun makes an agreement with the aliens that results in the ban of samurai swords and allows the aliens to live amongst the humans.

In this world, we meet Sakata Gintoki, a samurai who runs his own freelance business. Through his odd jobs, Gintoki recruits Shinpachi Shimura and an alien girl, Kagura into his business. Together, the chaotic trio becomes known as Yorozuya. The series episodically follows the messes the trio gets into with the Shinsengumi police force, aliens, terrorists, and many more characters just as chaotic as them.

While the series is mostly episodic and full of gags, there is a dramatic storyline that gets developed throughout the series.

Gintama is one of the longer animes with 367 episodes and over 50 arcs. This makes it difficult to narrow down the best arc of the series since there are so many. So, this is a list of some of the best arcs in the series. This list includes both serious and comedic arcs and is in no particular order.

This arc is the first serious arc in the series. It sets up the bigger storyline plot with one of the main antagonists, Takasugi and his group, Kiheitai.

A dangerous sword, Benizakura, is stolen from the local blacksmith, Tetsuya. A string of murders also begins in Edo. On top of that, Gintoki’s friend Katsura has gone missing.

The search for both leads the trio to a ship filled with members of Kiheitai and is where they find Katsura. The trio, Katsura, and his pet alien Elizabeth face off against members of the Kiheitai in order to neutralize them and the parasitic sword. This leads to an intense battle on the ship which leaves the viewers on the edge of their seats.

This arc not only has a good plot and action, but it also gives the audience information about Gintoki’s past and how he is related to the Kiheitai.

It’s only two episodes long, but it’s something you have to watch if you really want to laugh.

This whole arc revolves around Kagura faking an illness to get back at Gintoki and Shinpachi for making light of her forgotten weakness to sunlight. This starts off as a prank that goes a little too far, but in true Gintama nature, it goes from 10 to 100,000 really quick.

With Kagura hospitalized, her friends begin to speak as if she’s dead and one of them knocks her out. She awakens inside a coffin at her own wake. Since Kagura is friends with the Princess, she gets an extravagant state funeral which further fuels the ridiculous plot.

The rest of the cast only fuels this by adding on their own chaotic farewells to her, making this arc a go-to for non-stop laughter.

Fans of Dragon Quest are in for a treat in this arc. This is a spoof on Dragon Quest featuring the maid robot (maidroid), Tama.

The arc begins with Otose, Tama’s boss stating that she’s been acting odd. At that moment, an 8-bit Tama pops into the snack bar with her own text box and pixelated corpses. They take her to the local mechanic, Gengai who tells them Tama has a virus.

It is up to the trio to go inside Tama and stop the virus from turning her to a doll. This leads them to meet King Leukocyte who is another Gintoki, and he joins the party. As King Leukocyte uses his magic to burst through enemies, the rest of the party relies on their physical strength to destroy the virus.

The journey is also filled with some ridiculous dialogue between Gintoki and King Leukocyte that leads them to get into some trouble. They pull through with the power of friendship and successfully finish Tama Quest. 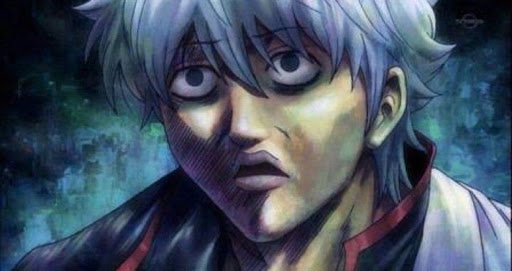 Gintama is known for breaking the 4th wall and crude humor at times. This is one of the arcs Gintoki makes constant complaints and threats against the author, Hideaki Sorachi.

Gintoki comes home one day and finds that he has been replaced by Kintoki who everyone likes a lot better than him and the series is also renamed Kintama. When it looks like it’s over for Gintoki, Tama and Kagura’s dog Sadaharu appear, and Tama tells him Kintoki hypnotized everyone into forgetting him.

This leads to an insane genre-hopping battle between the two for their right as the protagonist. The anime makes sure to make crude jokes due to Kintama meaning testicles.

Courtesan of a Nation Arc

This arc starts off as comedic, but it quickly becomes serious.

Gintoki was invited to meet a legendary courtesan, Suzuran. He is disappointed to find out that this legendary courtesan was an elder woman. He asks why she still works as a prostitute in her old age and finds out that she is waiting for the man she loves. She mistook Gintoki for him.

Suzuran asks Gintoki and Tsukuyo, an assassin,  to help her find this man. They find out the man was the previous shogun, and they have to infiltrate his palace. In the palace, they meet members of the shogun’s special police force, Nobume, and Sasaki.

In an odd turn of events, the infiltration squad engages in battle against the shogun’s forces that reveal more about Gintoki’s past and the state of Edo.

This arc puts a focus on the relationship between Gintoki and Otose.

Pirako Chin is new in town and is looking for the strongest man in the Kabuki District. After an encounter with Gintoki, she is recruited into Yoruzuya even after learning that she’s a bloodthirsty gangster.

As a gangster, Pirako begins to stir the pot in the Kabuki district to the point where it spurs a turf war between the 4 factions of the district. Otose ends up in the hospital due to the war. Upon seeing Otose’s state, Gintoki and all the members of Otose’s faction defend their district and are out for blood.

This arc breaks the 4th wall and gives a look at how knowing one’s ranking can affect the people around them.

The arc starts with Shinpachi commenting on this 8th place ranking in the recent character poll. Shinpachi walks around and notices all the ranked characters fighting about their placements. Shinpachi’s sister, Tae decides to kill the author, and Shinpachi runs to Gintoki for help since he believes he’s number one.

The characters continue to bicker with each other, and they begin to do things that would drop their numbers in the ranking. This arc ends with Gintoki and Shinpachi dead last in the rankings.

This arc shows off the pettiness of the characters, and it’s a great watch if you want a laugh.

This begins Gintama’s string of serious arcs until the end of the anime.

Shogun Shige Shige finds himself the target of an assassination. As a result, the Shinsengumi, Yorozuya, and the ninjas all take part in a plan to help smuggle Shige Shige out. However, this proves to be a lot harder than they anticipated since allies of the Kiheitai and the Kiheitai are after Shige Shige’s head.

This arc is filled with so many fights between different groups such as Kagura vs her older brother, Kamui, and Shinsengumi members Kondo and Hijikata with puppet master Momochi vs Yato forces.

This arc keeps viewers in a nail-biting state and wondering if Shige Shige’s going to make it out alive. To top it all off, Gintoki and Takasugi finally have their long-awaited showdown at the climax of the arc which ends Takasugi’s reign as the main antagonist and hands it over to Utsuro.

Fights between the Naraku make the jailbreak difficult, but they make it through. In this arc, Nobume and Sasaki get their turn in the spotlight, and their story is explained. The arc ends with Gintoki and Hijikata exchanging their gratitude.

This arc follows a similar edge of your seat excitement that the previous arc had with a solemn conclusion.

Throughout the series, snippets of Gintoki’s past and his link to Utsuro were shown. This season brings it all together and focuses on Utsuro’s threat to the world.

Utsuro’s threat to the world is so strong that Gintoki has to look for help in space. Sakamoto, a space merchant, is one of Gintoki’s friends from his youth and is recruited in his quest to quell Utsuro. Katsura and Takasugi are also recruited to this fight.

This fight takes them to Kagura’s home planet, Rakuyou where all forces combine to fend off Utsuro from obtaining what he wants. The season ends with a look into Utsuro’s life and answers why he ended up the way he did.