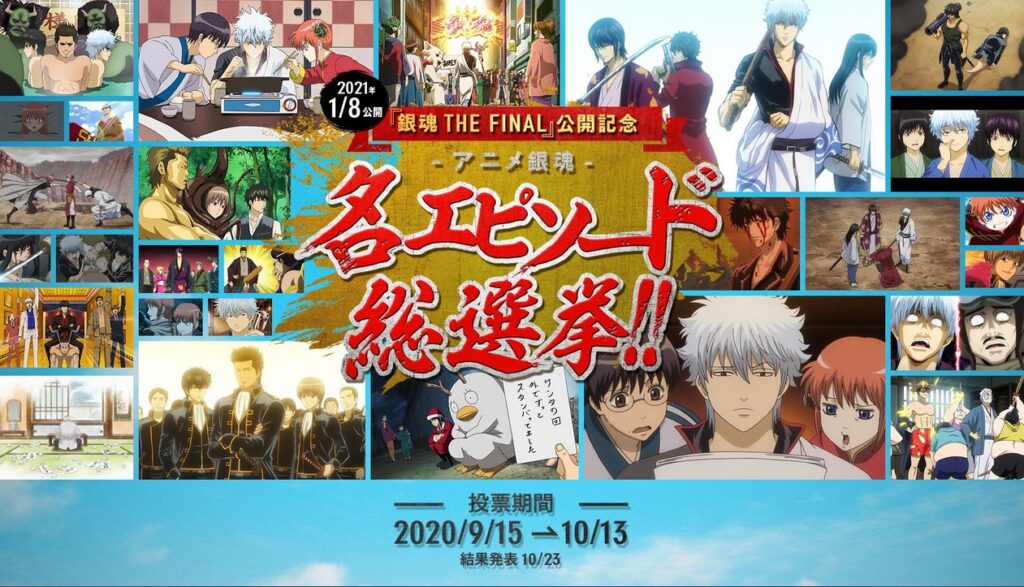 Hideaki Sorachi’s Gintama is holding a ‘general election’ to decide the best episode of the TV anime, as well as the two theatrical movies. Fans get to choose from 77 ‘carefully curated’ episodes from across 367 episodes of the anime, with the movies enjoying their own section. This fan election also comes with some new information regarding the upcoming Gintama The Final film, which might actually be the last one. 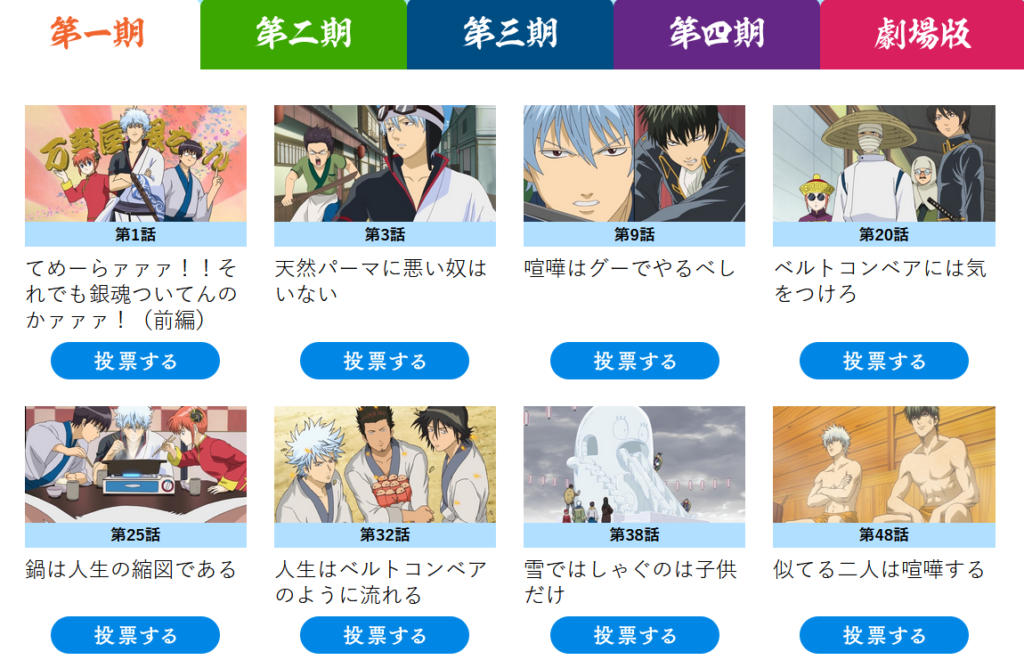 If you vote for your favorite episode in the Gintama general election, then you could be in with the chance of winning one or more of four prizes. These include: a set of 10 movie ticket cards themed after THE FINAL movie (available to 20 entrants); a copy of the movie’s teaser poster (3 entrants); a copy of the same poster but with the cast wearing masks (3 people), and Blu-ray copies of the series’ two previous movies (for one lucky entrant). The top 25 episodes will also be transformed into film strip-style stickers, being handed out to theatregoers when THE FINAL opens next year. 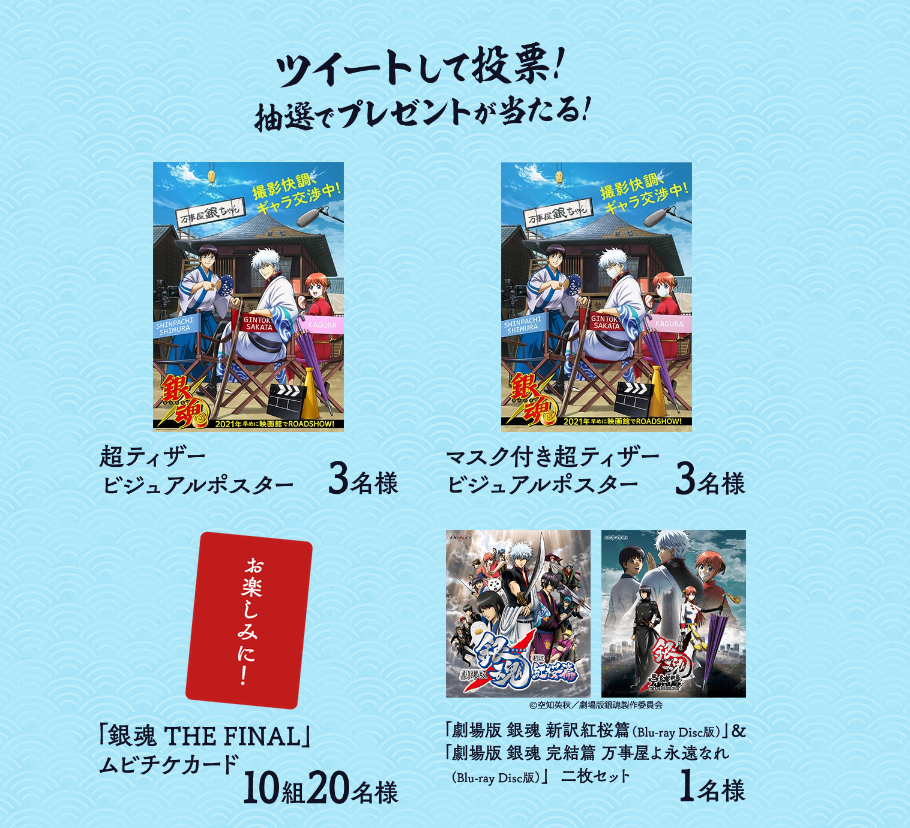 To be honest, I’m not sure why this Gintama general election is limiting our selection to just 77 episodes, but all of the most iconic ones are accounted for. Even now, I’m not sure which one I’d vote for – probably the Owee episode in the first season, but it has been a long time since I last saw it. Perhaps a rewatch is in order ahead of THE FINAL.

Speaking of THE FINAL, some new character designs got revealed for the movie along with the announcement this general election. They show off how Gintoki, Kagura, and Shinpachi will look – the same as always, but it’s good to see them nevertheless.