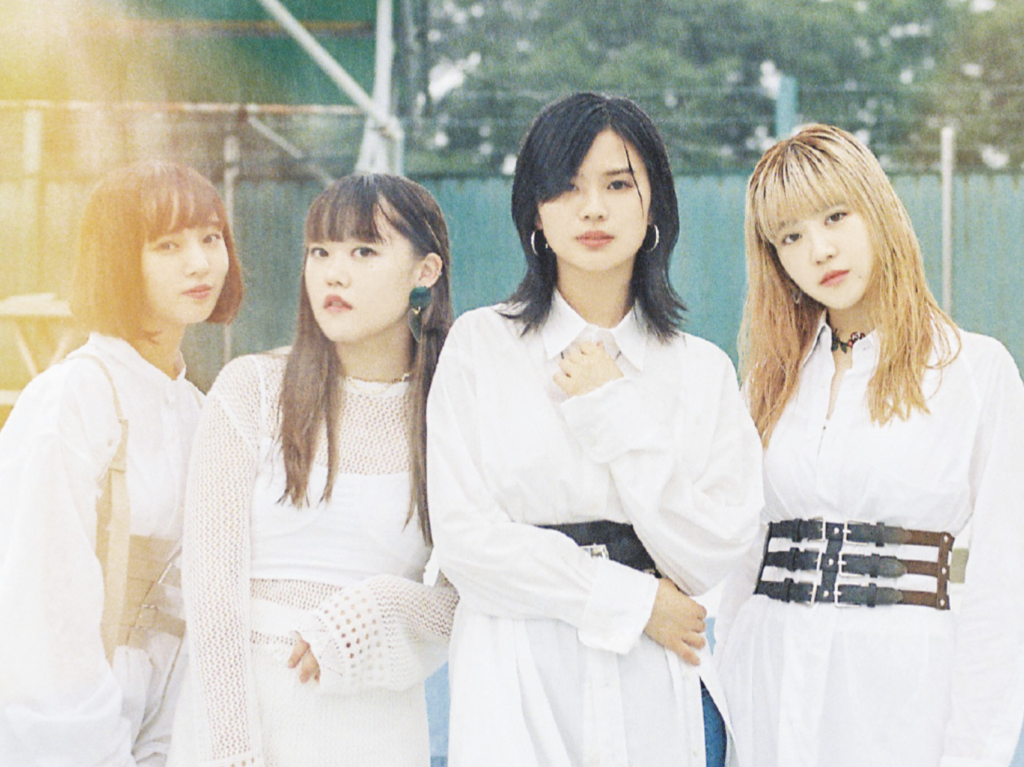 The popular fantasy action battle manga, “Black Clover” has been serialized in “Weekly Shonen Jump” since 2012. The TV anime has been on the air since 2017, and it’s still growing popularity. Speaking of the anime “Black Clover”, it’s attracting a lot of attention for its opening music which synchronizes with the animation.

The opening theme song for the first quarter, “Harukamirai” by Kankaku Piero, was a production which we can recognize “This is the opening for battle-themed animation”, that the fantasy world with a dark essence by the anime studio Pierrot perfectly matches with solid band sounds.

Impressive artists have provided their music to the anime, such as “PAiNT it BLACK” by BiSH, “Black Rover” by Vickeblanka, “Guess Who Is Black” by Kumi Koda, and “JUSTadICE” by Seiko Oomori. When you listen to these songs, you may notice that each of them has an aggressive band sound that follows the world of “Black Clover”. It perfectly matches the opening in which the main character Asta and other characters fight with magic.

Meanwhile, “sky & blue” by the all-female band, GIRLFRIEND, whose average age is 19, was used for the 8th opening theme song from the summer of 2019. The band was formed in Osaka 2015, and their youthful pop and straightforward rock sounds are attractive, as demonstrated in this song. In “sky & blue”, they tried something new in that they used an electronic-music rhythm, and it brought a breath of fresh air to the opening sequence of the anime for “Black Clover”.

GIRLFRIEND had their major debut 3 years ago and has released their 5th single “sky & blue”. We interviewed the 4 members, MINA (b), MIREI (dr), SAKIKA (vo&g), and NAGISA (g), about their own background in otaku culture and the current situation of the band.

OTAQUEST: The average age of the band is 19 years old, so you all were born between 1999 to 2001. What anime did you grow up watching?

MINA: The reason why I got started with anime was watching “HUNTERxHUNTER” on Animax. It was showing reruns of the previous season at that time, and my routine was to watch it when I got home from school. I read Shojo manga too, but I often read shonen manga such as “Weekly Shonen Jump”, so I like “HUNTERxHUNTER”, “NARUTO”, “Haikyu!!”, “Demon Slayer: Kimetsu no Yaiba”, and of course “Black Clover”. I was also into “Dr. STONE” and “Assassination Classroom”.

MIREI: My first favorite anime was “Devils’ Line”. After that was “Tokyo Ghoul”. I like something dark. I also watch “Ajin: Demi-Human”. I didn’t have many friends around me who were also into that kind of anime.

SAKIKA: People might think we don’t have friends (laughs). For me, in terms of anime, I used to watch “Doraemon” and “Crayon Shin-chan” with my family. My father wanted me to watch and I think I’ve seen every episode of “Doraemon” from the early series. It’s also my family’s tradition to watch DVDs in the car when we go driving.

NAGISA: I used to watch “PreCure” a lot. I often lied to my friends when I was in elementary school that I used to say “I have a hundred of PreCure dresses.” (laughs). I got yelled at by my mom when she found out (laughs).

OTAQUEST: The name of Cure Black from the first Precure is also Nagisa.

NAGISA: Yes yes. I was cocky just because I had the same name as Cure Black (laughs). Also for that reason, I love the first Precure.

SAKIKA: We participated in a music event with many other bands, and we performed “sky & blue” at the rehearsal. After that, a lot of audiences who saw us for the first time talked to us at the goods booth and said “The song is the opening theme for “Black Clover”!” I was very happy to talk to those new fans.

OTAQUEST: What was your first impression of the song “sky & blue”?

SAKIKA: My first impression was that the song is the best for summer and has a sense of speed. The lyrics relate to youth and it can apply to anyone. I was touched by the lyrics “Wait Wait Wait Wait” in the chorus that everyone has this feeling when someone close to you, such as your loved one or friends, might go ahead of you.

MIREI: It was last winter when I first listened to this song, and I was thinking it would be great if we could release it in summer and tie-up with something.

MINA: The something was “Black Clover”.

SAKIKA: The previous opening songs of “Black Clover” used to have an impression of rock, so I thought our song would bring a different impression.

OTAQUEST: You have already performed the song at live shows, but how do you feel about performing the song at a show including the sing-along part in the intro?

SAKIKA: We were concentrating on our musical performance when we first played, but after performing it many times at live shows, I think that the song brings all of us together with fans by singing with them. Also, the drums during the verse are great.

MIREI: The EDM-ish part in the verse. Real drums would sound too rock, so I use drum pads instead. We tried new things in terms of playing instruments.

OTAQUEST: From late November to December,  you held anniversary live performances in Tokyo and Osaka. Looking back on the last 3 years, how has it been?

SAKIKA: 3 years ago, our average age was 15. We were working while going to school. We knew nothing but we major debuted, and we were just doing what we had in front of us. After 3 years, now we see the direction of the band like “We want to make this kind of music”, so I feel we are moving forward. Also, we want to try many more different styles of music in the future.

MINA: Performing at a show and doing something relating to the band are the most fun things to do. We really want to make it more fulfilling. We had an opportunity to think about what to do at our solo performance at LIQUIDROOM. It was a little too big for us at that time, but we got the offer of the tie-up with “Black Clover” around that time, so we want to get opportunities one by one and want to continue getting bigger next year and the year after.

NAGISA: 3 years ago, I was in 8th grade and moved to Tokyo in 9th grade. I think I was too young and I was crying every day because I missed my mom, but after 3 years of living together with the band members, I think all of us have mentally grown up.

MIREI: In the last 3 years, we were going through adolescence, so there was a time when relationships between us were not going smoothly. There was also a time when we didn’t know how to face a song as a band, but now we can bounce ideas off each other and we all feel the growth. I think the band is facing a good direction, so I hope we can ride a good wave for the 4th year.