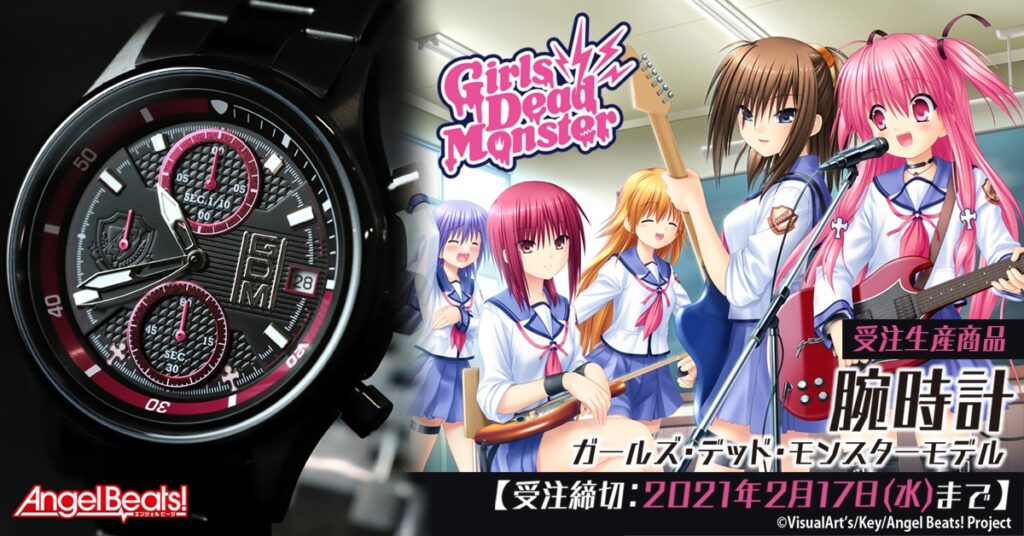 The anime series Angel Beats! turned ten years old in 2020, and Movic has put out a nice watch to commemorate the occasion. The watch specifically celebrates Girls Dead Monster, the K-On!-ish rock band which featured in a few of the anime’s episodes.

If you need a refresher on this fun, interesting, and ultimately extremely philosophical series, it features teens trapped in a high school version of purgatory. At times, Angel Beats! could be clever, cute, funny, or deep, and it played around with the typical anime high school tropes.

The high school girl rock band Girls Dead Monster was definitely one of those tropes. They weren’t the main characters of the series, so it is interesting that they would serve as the main inspiration for this watch. The watch also includes the logo for the SSS (short for Shinda Sekai Sensen in Japanese; it often gets translated out as Afterlife Battlefront).  If Girls Dead Monster was the Angel Beats! version of K-On!, then the SSS would be the SOS Brigade; except that the SOS Brigade had ‘God’ as its leader, and the SSS fought against God. (Their leader was very Haruhi-like in some ways.) Girls Dead Monster would often serve as a diversionary tactic for the SSS. 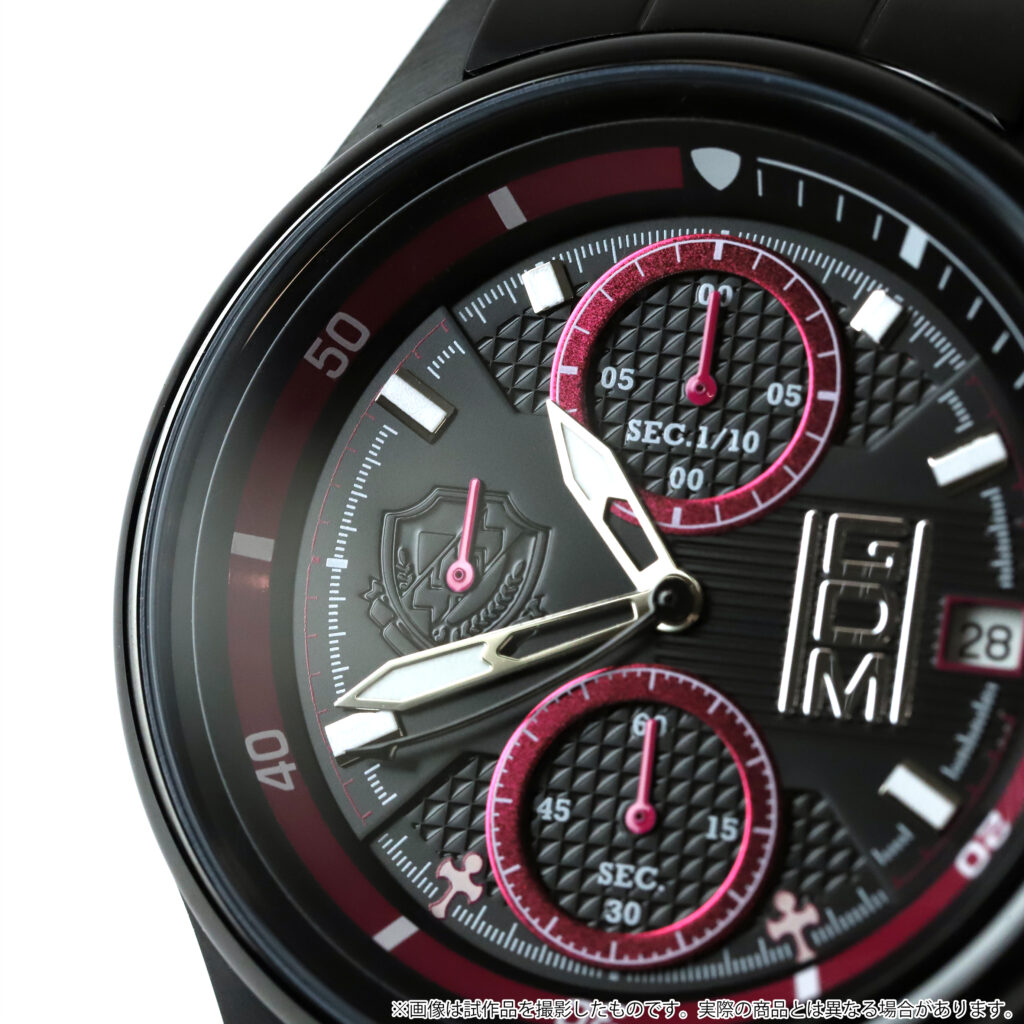 In any case, this is a nice-looking watch, with a stainless steel wristband. It appears to have typical sports watch design and functions. It is also ten-bar waterproof, which is good enough for swimming. The watch’s second hand is based on the devil’s tail that pink-haired Yui wore. Yui (regular voice Eri Kitamura; singing voice LiSA) started out as a fan of the band, and ended up as the lead singer.

Movic will accept reservations for the watch from now through 17 February 2021, and it will cost 22,000 yen. Animate will also have the watch, which will be released in July.

If you want to watch (no pun intended) the series, you can do so at Crunchyroll.