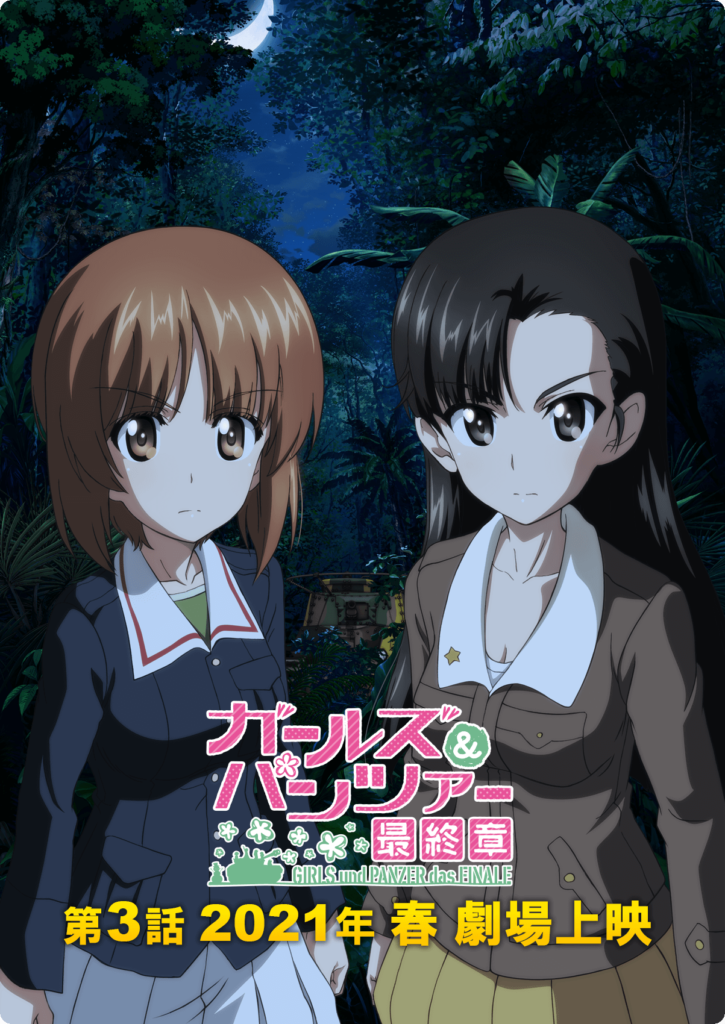 The end to the Girls und Panzer story has been rolling out slowly. On Sunday, it was announced that the third part of Girls und Panzer das Finale will be released in Japanese movie theaters in March 2021. (The six-part story arc is also known as Girls und Panzer: The Final Chapter.)

Check out the new video and the teaser visual featuring Miho Nishizumi of Ooarai Girls Academy and Kinuyo Nishi of Chi-Ha-Tan Academy.

It’s been almost two years since the last part of the story arc, so here is a brief recap:

Das Finale takes place during the national Winter Cup.  In the first film of the series, Momo was named the commander of Ooarai Girls Academy’s team before the start of the big event. In the first round of the cup, Ooarai faced BC Freedom Academy. In Part Two, Ooarai won its match against BC Freedom.  After a break, the girls returned to battle against Chi-Ha-Tan Academy in Chiba Prefecture.

The franchise will also release a symphonic concert Blu-ray on March 26, 2021. The Blu-ray will include the concert and special bonus videos. Here is the jacket illustration: 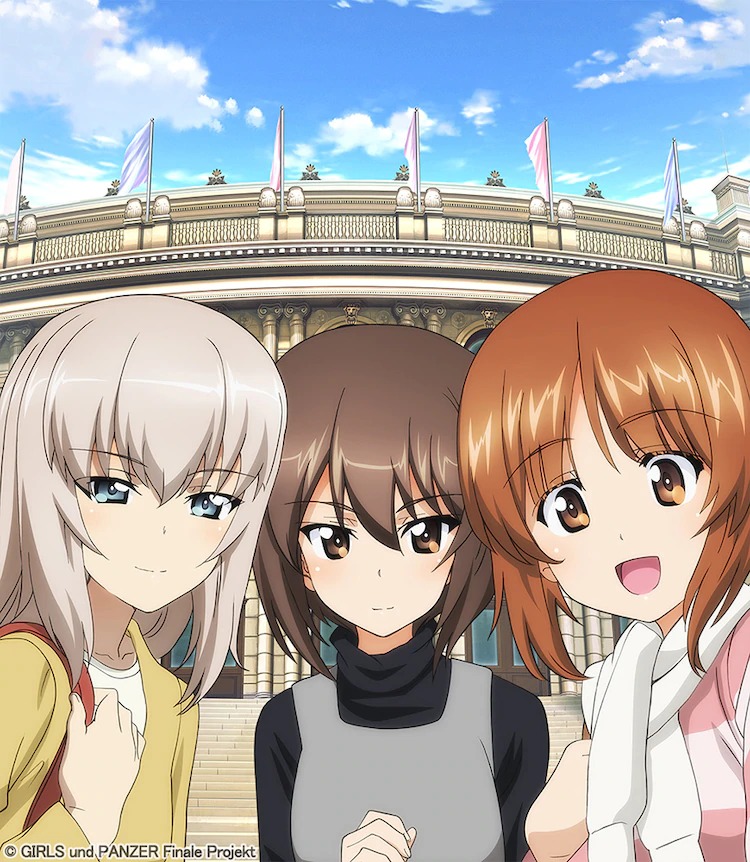 The story is about high school girls, who instead of competing in sports or playing in a band, they pilot tanks; real, actual, military-grade tanks.

This weird combination of cute characters, high school anime tropes, and tanks proved surprisingly popular. The first series was followed by a lot of sequels in OVAs, movies, and video games. 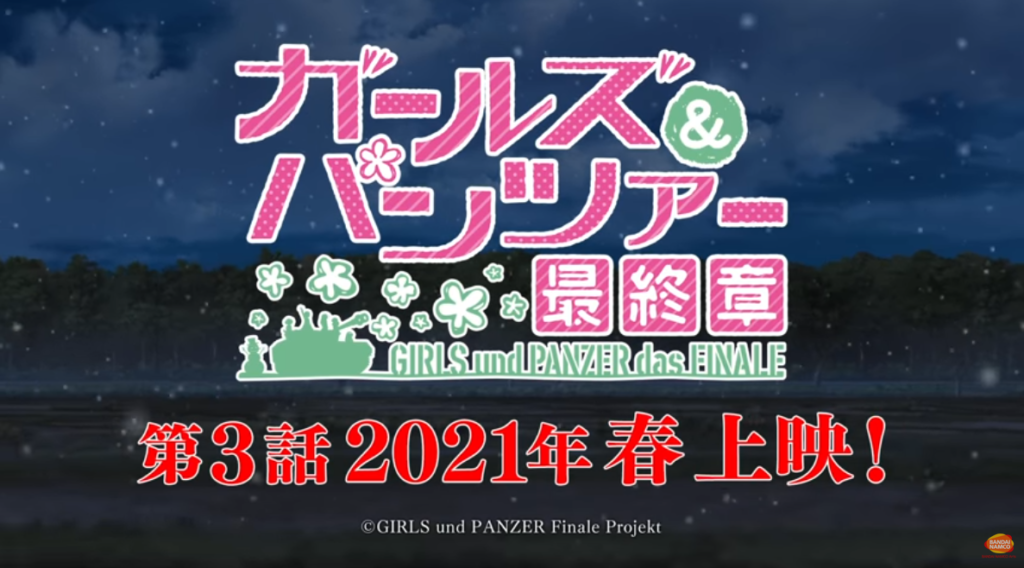 The first part of Girls und Panzer das Finale was released in December 2017 and the second part in June 2019. The third part is expected to feature the conclusion to the tank battle between Ooarai and Chi-Ha-Tan.

You can find the anime on Crunchyroll and Netflix.