The character announcements for the versus mode of Demon Slayer -Kimetsu no Yaiba- The Hinokami Chronicles keep coming at a breakneck pace. Today we learned that Giyu Tomioka joining the fray.

Giyu is a member of the Demon Slayer Corps and is the current Water Hashira. He fights using the Water Breathing technique that many of the other characters use in the series. As you can see in the above trailer, Giyu looks to be quite the formidable foe with both powerful and quick attacks.

Currently, SEGA has been appointed to be the publisher for the English version of the game in Asia markets, but as of the time of this writing, there has been no North American or European release announced. However, with it being E3 week, that can easily change. 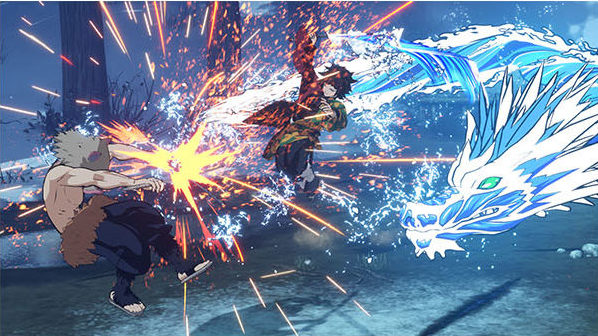 With the constant addition of new characters, the game is looking to be shaping up into quite the title for Demon Slayer fans. Demon Slayer: Kimetsu no Yaiba – Hinokami Keppuutan is due out in Japan and Asia in 2021 for PlayStation 5, Xbox Series X and S, PlayStation 4, Xbox One, and PC, with no solid release date yet announced.