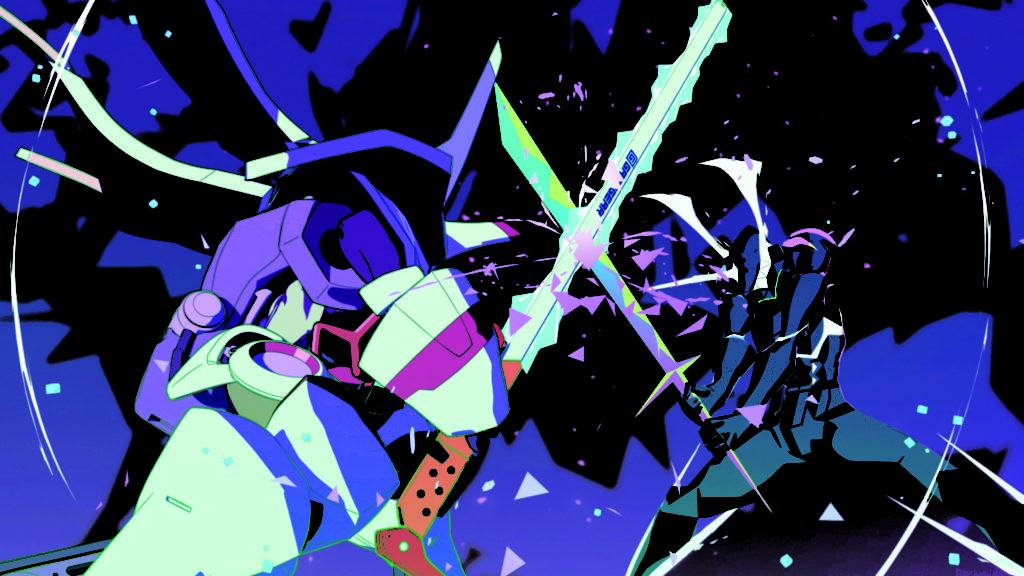 It was kind of a surefire bet that PROMARE would find its way to America at some point. The film was first announced alongside Darling in the FRANXX and SSSS.GRIDMAN at Trigger’s panel at AnimeExpo 2017, so they must have had some idea of how much US audiences would be looking forward to it. So with that being the case, I’m sure TRIGGER fans in North America will appreciate this bit of news.

GKIDS recently announced that they had acquired the rights to show PROMARE in North America and would be debuting it at Anime Expo alongside core members of the staff, including its director, character designer Shigeto Koyama, and creative producer Hiromi Wakabayashi.

PROMARE is a film directed by Kill la Kill and Gurren Lagann‘s Hiroyuki Imaishi and the production is a collaboration between TRIGGER, XFlag, and 3D studio Sanzigen. The result is something with the same sort of fiery passion as Imaishi’s other works with inventive animation and a surreal color scheme. In fact, here at OTAQUEST, we gave the film a near-perfect score in our review.

But for those that won’t be attending Anime Expo this year, PROMARE will be releasing both subbed and dubbed in cinemas all across North America. This will start with a dubbed special theatrical event on September 17 and 19, and then will make its regular release in select cinemas from September 20. You can find more information in the coming months on GKIDS’ website.

There’s still no news about English releases of PROMARE in the UK or Australia yet, but it’s likely that they’ll follow soon after. Until then, Toho Animation has made a full three-minute fight scene available to watch online. It may not be the whole film, but it’s the next best thing, and you definitely can’t complain when you see just what’s being offered.