Bleach: Remembering its Days of Glory 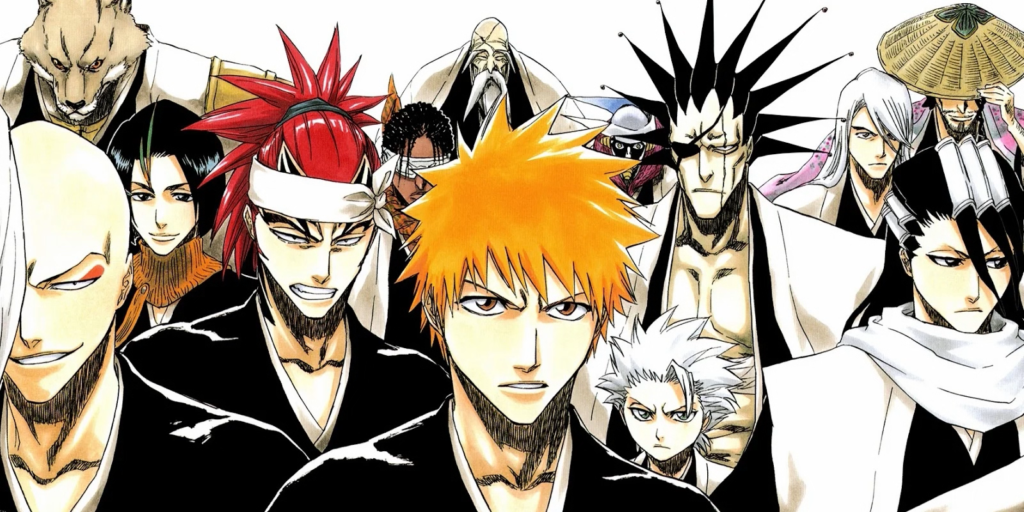 Assuming the Coronavirus hasn’t reached his doorstep yet, iconic manga author Tite Kubo is set to have a pretty bang-up year. After years off the air, Bleach is finally getting an anime adaptation of its final big story that fans have been clamoring for since the show’s early cancellation. More than that, his new project Burn The Witch is getting both a Kubo-penned limited run manga series and a theatrical anime!

It’s unfortunate that superstar Naruto creator Masashi Kishimoto failed in his first attempt at making a new story, but since Weekly Shonen Jump‘s finally resurrecting his contemporary Tite Kubo, we’re more than willing to get our hopes up.

There’s a lot to say about Bleach‘s faults and letdowns in the last few years of its run, with its anime not getting to ride out to the story’s conclusion till now, but that’s an entirely different article. To hype up Kubo’s return, we want to celebrate what was so cool and groundbreaking about the Bleach anime and manga in the first place. 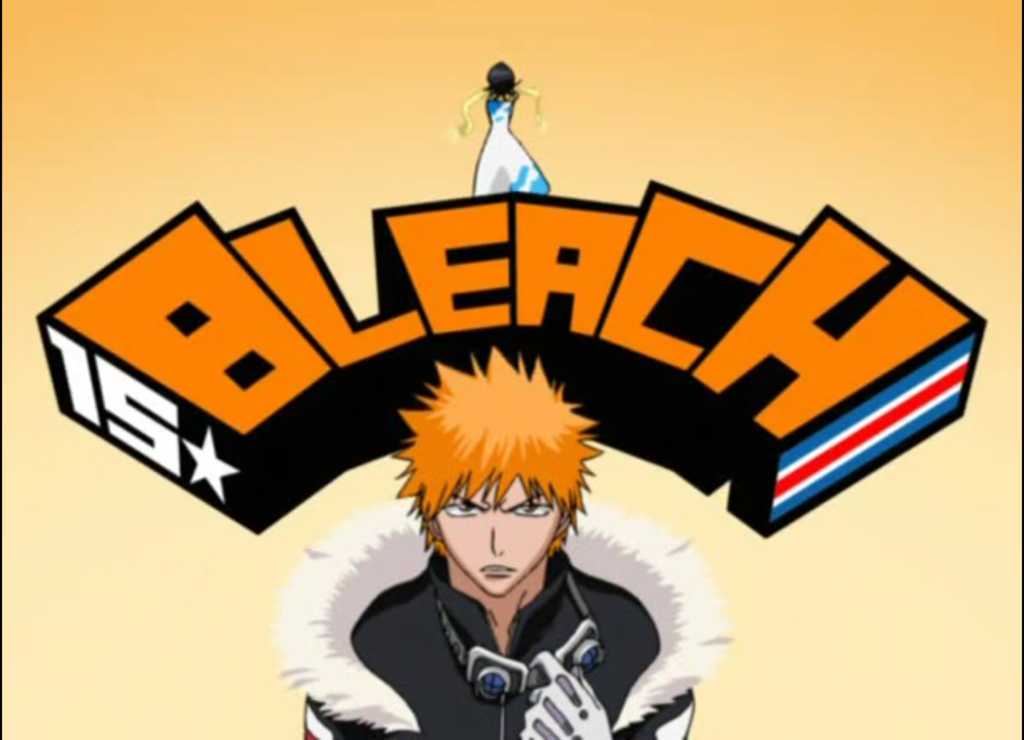 Before the days of kids training to be superheroes and demons overrunning early 20th century Japan, Weekly Shonen Jump had a trio of titles fans affectionately called ‘The Big 3’. Of course, you had One Piece leading the pack, although the title wasn’t nearly as popular overseas a decade ago as it is now, and you had Naruto, which to this day remains the signature ‘weeb’ anime. The former directly inherited Dragon Ball‘s spirit and applied it to increasingly exotic locals and powers, whereas the latter took influence from Akira Toriyama’s masterpiece and threaded it with grit and introspection.

Bleach, however, offered something remarkably different from the start.

A more mature take on the Shonen Jump, taking equals cues from Yu Yu Hakusho as it ever did from Dragon Ball, Bleach gave the teen anime fans of yesteryear something simultaneously a little darker and a little more stylish at the precise time when they needed something a little more aged up. While the vast majority of Jump heroes are teenagers, Bleach’s cast is coded as young adult instead of older adolescent. Ichigo and Rukia never feel like kids, and despite all the paranormal strings the series threads, they act and react pretty realistically.

In its earlier days at least, Bleach was pretty grounded, and it made its first stories (like when you find out how Ichigo’s Mom died) more somber and haunting than the Naruto equivalent of the 4th Hokage’s story. 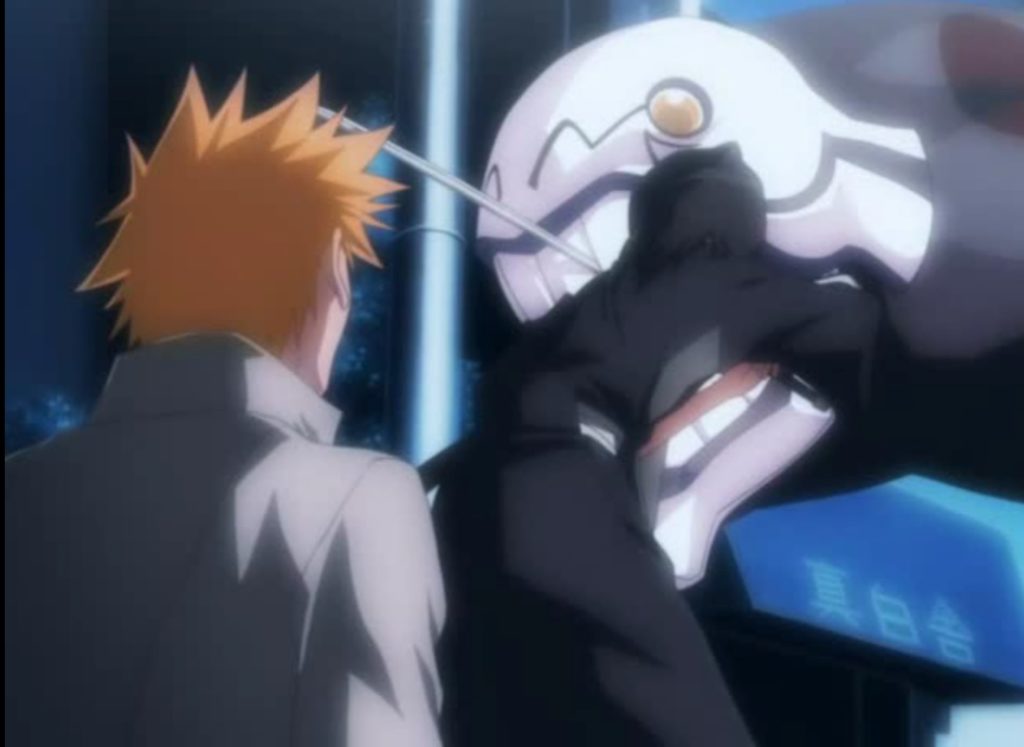 Bleach’s penchant for realism went beyond its early storytelling and its more grounded characters. Even the way fights would play out gave the comic a more visceral touch than anything else that was running in Weekly Shonen Jump.

In Dragon Ball, characters would mostly blast each other; Naruto has its share of blood and sharp edges but, for as much as I love some of that Ninja fight choreography, it was never physical to the touch the way Kubo could depict it. Just look at the screenshot above: a giant monster is straight up trying to take a chomp out of Rukia, teeth sunken into blood-soaked skin. Soon after this, the last of the Quincy’s Ishida Uryuu would shoot so many arrows that he’d rip the skin straight off his fingers and keep going. Whether or not it made sense for to Bleach get gnarly being a manga set in the modern world or that’s just Tite Kubo’s taste, it helped make Bleach a notably different alternative to what else was out there at the time.

The realistic edge wasn’t the only factor that made Bleach a significantly different experience to the other two titans in the big three. It was by far the most visually charismatic of the three, admittedly a controversial statement. Naruto and One Piece have some of the downright best fights in terms of choreography and impact ever in manga, but simply looking at a splash page of a Bleach fight was incredibly awe-inspiring. Tite Kubo knew how to indulge in what he excelled out, which was making cool sword boys and girls look even cooler in battle.

Each big fight was depicted with such flare that even without a big emotional set up, just seeing a bloodstained Ichigo somehow drive the monstrous Kenpachi into a corner or miraculously besting Byakuya whose sword turned into deadly Sakura petals fluttering around the combatants would make your jaw drop.

You can’t call this a case of substance over style, but instead one of substance in the style, something Kubo had a penchant for in more than just his battle segments. 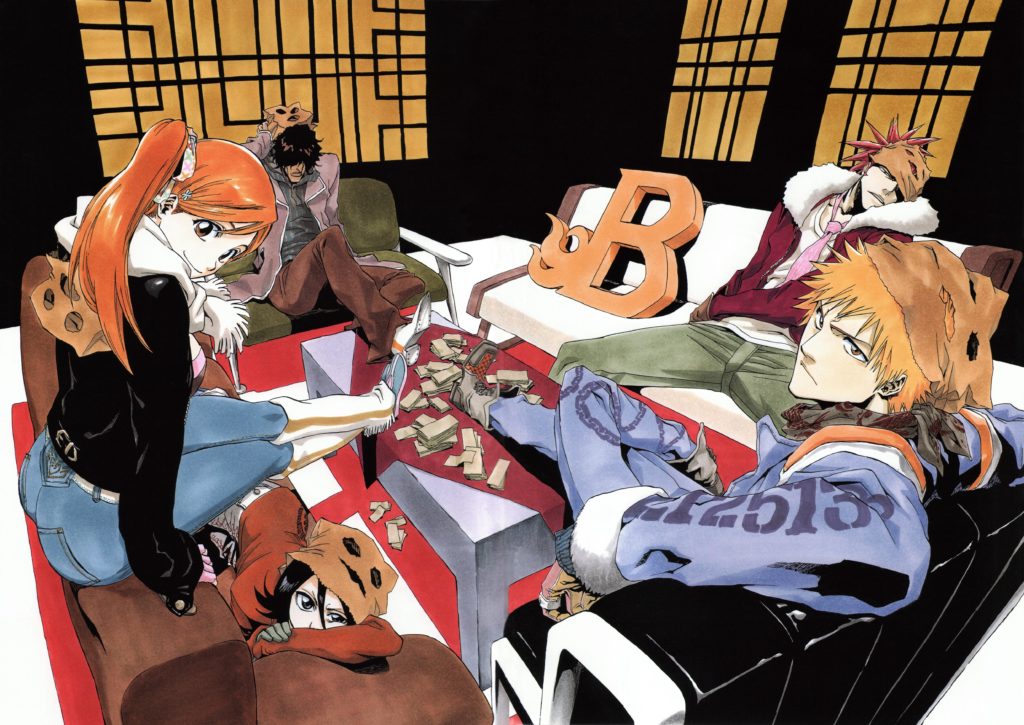 Like the eternal Hirohiko Araki of Jojo’s Bizarre Adventure fame, Tite Kubo had an eye for fashion long before Weeaboo kind ever sought to be fashionable. While it’s not uncommon for artists to draw their characters in different styles of clothing for promotional and cover images, Kubo had been taking his visual presentation to the next level in the very beginning. It’s clear he puts a ton of thought into his splash pages. The one above features both fits any Instagrammer would be jealous of and a unique usage of isometric perspective.

All the people that criticized Bleach over the years for never having backgrounds failed to take into account what Tite could and did accomplish visually by throwing all caution to the wind. Every artist has their strengths and nuances, but we’re talking beyond simple charm here. This series always had an inarguable cool factor that stayed with the series till the very end, with its stylish indulgence carrying on well past the series’ golden years.

What fans might consider the golden era of the Bleach anime and manga may differ, depending on who you’re talking to. I’m most fond of the early stories where Ichigo and Rukia were taking out oversized ghoulish creatures taken by malice, causing real harm in Karakura town. It’s here the comic was still at its most somber.

Others will vouch for the Hueco Mundo arcs, as Tite was still bringing some crazy action when Ichigo and the gang were fighting the Arrancar. A good medium point would probably be up until the end of soul society, where while the comic had already streamlined itself and lessened its creepier elements, meeting all the distinct soul reapers and discovering their individual Bankai was genuinely compelling while it lasted.

Perhaps no one else but Yu Yu Hakusho and Hunter x Hunter author Yoshihiro Tagashi was putting as eloquent a spin on Shonen battle as Kubo. Plus, you can’t deny how crazy the surprise villain twist was in the story the first time around. 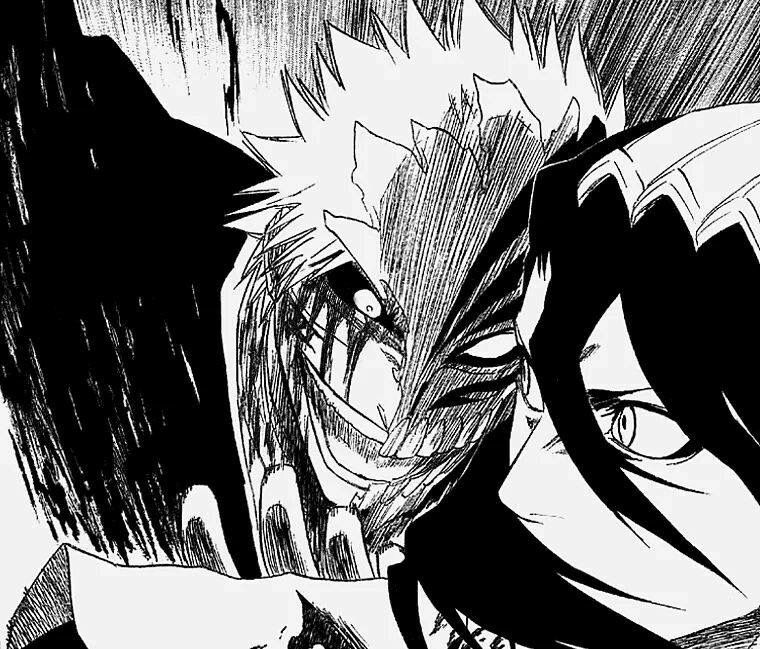 Since we’ve used a couple of visual examples from the anime, it’s worth touching on a little of what Studio Pierrot‘s television adaptation added to the equation. While a long-running shonen anime will never have the budget to look as good as its manga original, the golden era of Bleach anime made up the difference in a couple of notable ways. First off, it sure had more backgrounds than the manga, and with that, it could play up its color palette and direction for its own distinct visual identity.

The Bleach manga started out having some tangible horror elements (just look at Grand Fischer for example), before delving into hot boys playing with swords. In addition to all the genuinely creepy hollows running around, the anime made use of lighting contrast and washed-out color to give the cartoon a haunting, hazy look. To further highlight the real creepy-crawly elements of the shonen classic, Neon Genesis Evangelion composer Shiro Sagisu was called in to create an eerie soundtrack full of dissonant dark synth and distorted vocals. With a unique visual and sonic palette, the early seasons of the show are well worth watching in their own right.

Whether you remember watching the anime on Adult Swim week to week or thumbing through chapters in the now-defunct United States Monthly Shonen Jump Magazine, you have to admit those Bleach’s early days were something special. Marrying a distinct fashionable visual style with a more realistic ethos that touched every part of the series from its relatively level-headed characters to its grittier takes on combat, Tite Kubo delivers a Shonen Jump experience that was as haunting as it was cool.

Bleach lacked the over-enthusiasm of One Piece and it didn’t as often hit emotional catharsis like Naruto, but it squared up those circles by giving a maturing fan-base something more contemporary and thought-provoking. You might not call it an intellectual series, and there’s no Death Note like mental gymnastics to swim through, but its honest and not always pretty outlook depiction of the world always left something lingering on the tip of the tongue.

Regardless of where the series eventually ended up, Bleach’s glory days still hold up.

You can read all of Bleach on the incredible Weekly Shonen Jump app.