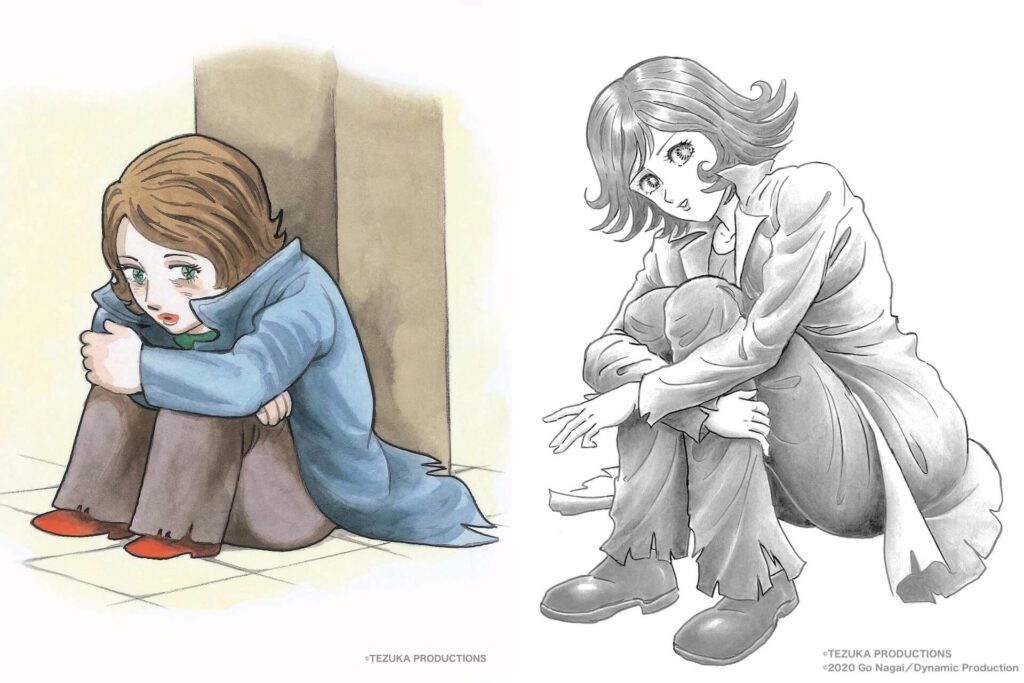 The legendary Go Nagai will publish a new oneshot based on Barbara – a series penned by the equally legendary Osamu Tezuka – in the upcoming issue no. 22 of Shogakukan’s Big Comic. Nagai’s Barbara oneshot will include his own “interpretation” of Tezuka’s original story, as well as tell a new one featuring the main characters – you truly do love to see it.

Go Nagai’s interpretation of Barbara comes as part of a bumper issue of Big Comic to celebrate the release of the live-action movie, directed by Tezuka’s son, Makoto Tezuka. Nagai’s Barbara oneshot will be published alongside an interview with Tezuka’s son, Goro Inagaki (who plays Mikura), and Fumi Nikaido, who plays the titular character.

As it turns out, Nagai was a big fan of the movie and the original work, so it makes sense that he would want to cover Tezuka’s original series. According to Comic Natalie, he said: “That was the real Barbara! A masterpiece movie that throws away the glory of the past and captures brilliantly Tezuka’s own troubles to find a new kind of manga has been born!” High praise indeed.

Nagai and Tezuka’s careers have also mirrored each other more than a few times in the past. Much like Tezuka, Nagai got his start writing such kid-friendly series as Mazinger Z before pivoting sharply into darker territory in the 1970s, starting with Devilman and continuing up until the present day.

In fact, alongside his Barbara oneshot, the author’s new serialization ‘Go Nagai’s Images of Horror (Go Nagai Gensou Kaiga)’ will be published, debuting last week and depicting various “images of horror” from around the world.

To have Go Nagai and Osamu Tezuka cross over in such a way, then, is like a dream come true. It will also be interesting to see what exactly Nagai’s “interpretation” of Barbara shapes up to be, considering that he was one of Tezuka’s contemporaries. Interested readers can pick up the relevant issue of Big Comic when it goes on sale November 10.