First Trailer for the Upcoming Animated Godzilla Is Here 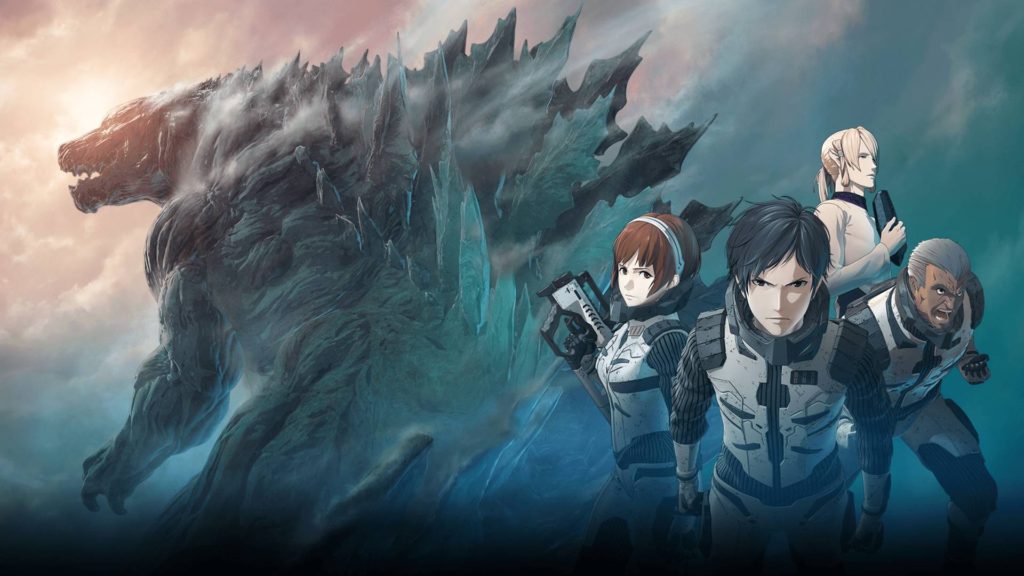 We’re just over 3 months away from one of this years biggest animated films, and I think my personal hype may be about at its peak. In a wave of information released today for the upcoming “Godzilla: Planet of Monsters” animated film, we got a look at a new trailer and teaser for the upcoming film, as well as an all new visual. Running for a little over a minute, the trailer introduces us to our main cast, as well as fading out with a shot of the king of monsters itself. The teaser is pretty much just a shorter version of the trailer, and the visual gives us a real look at Godzilla.

Set to open in theaters across Japan on November 17, fans worldwide will be able to check it out on Netflix at a later date. Animated by Polygon Pictures, and distributed by Toho Animation alongside Netflix, the film is being helmed by both Kobun Shizuno (Detective Conan films, Elfen Lied, Evangelion: 1.0) and Hiroyuki Seshita (Knights of Sidonia, Ajin) as directors and Gen Urobuchi (Madoka Magica, Fate/Zero, Psycho-Pass, Aldnoah.Zero) handling the story concept and screenplay. Essentially just take some of the most prominent names in modern anime and pit them together strategically appears to be the game played by this film, and I’m all for it.

If you’ve got a moment to read the official synopsis for the story, it can be found below:

The last summer of the 20th Century. That day, the human beings learn that they are not the only ruler of the planet Earth.

The appearance of the giant living creatures “Kaiju’s” and the ultimate existence that destroys all monsters: Godzilla. Through the battle against kaiju’s that lasted for half a century, human beings has experienced continuous defeat, and finally plans to escape from the Earth. And in 2048, only those who were selected by the A.I. managed under the central government boarded the inter-sidereal emigrant spaceship “Aratrum” to head for “Tau Cetus e”, the planet beyond the distance of 11.9 light-year. However, the environmental condition differences between that of the Earth and Tau e, which they finally arrived after 20 years were far beyond the predicted numbers, and was not an environment considered to be habitable by human beings.

The young man on the emigrant ship: Haruo, who saw his parents killed by Godzilla in front of his eyes when he was 4 years old, had only one thing in his mind for 20 years: to return to the Earth and defeat Godzilla. Shut out from the possibility of emigration, as the living environment in the ship deteriorates, the group of “Earth Returnists” led by Haruo became the majority, and determines to head back to Earth through a dangerous long-distance hyperspace navigation. However, the Earth they have returned has already passed the time of 20,000 years, and has become an unknown world with the ecosystem reigned by Godzilla.

At the end, will human beings win back the Earth? And what will Haruo see beyond his fate?

Can’t wait for the upcoming Godzilla film? Don’t worry, neither can we. If you’re interested in spending the next three or so months researching the film, you can make your way over to the official website where you’ll find even more details, here.

FilmGodzillaPlanet of MonstersPolygon
Join Our Discussions on Discord
Join Now