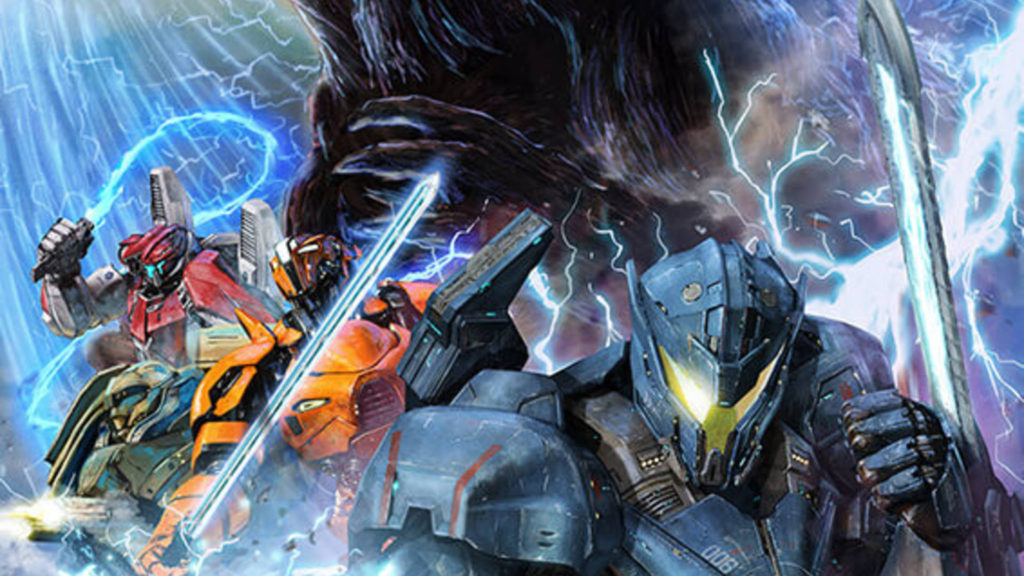 Tenjin Hidetaka, known for his mechanical design work on the Macross series, revealed today his special collaboration visual between the Godzilla and Pacific Rim kaiju franchise. Check it out below: Hidetaka has had a long history in art design – not only working on Macross but also designing the artwork for Gunpla model kits and the Evangelion units in the new Rebuild of Evangelion movies. He’s brought this experience to the table with this new visual, which will surely excite fans of either franchise, as well as make for some great cross-franchise marketing.

When asked about the new visual, Hidetaka commented that he wanted to help celebrate both live-action Hollywood kaiju movies, as well as animated Japanese kaiju movies. Both franchises have upcoming releases, with the second entry in Polygon Picture’s anime film trilogy Godzilla: City on the Edge of Battle and the Pacific Rim sequel Pacific Rim: Uprising releasing on May 18 and April 13 respectively.

He viewed it as a great honor to be asked to author such a collaboration, as kaiju films have almost become “national treasures” in Japan. You just have to go to Shinjuku and see the giant Godzilla head towering over the ward to confirm that. In turn, he recognizes the similarities between western and Japanese kaiju films in being not just about monsters, but also about “human drama.”

Whether or not Godzilla and the Jaegers will ever appear on screen together one day is another issue entirely, but in the meantime, we can enjoy the possibilities of such a crossover as embodied by this image. And if Legendary is looking for more crossovers after 2020’s Godzilla vs. King Kong, then Godzilla vs. Pacific Rim might not be a bad idea.