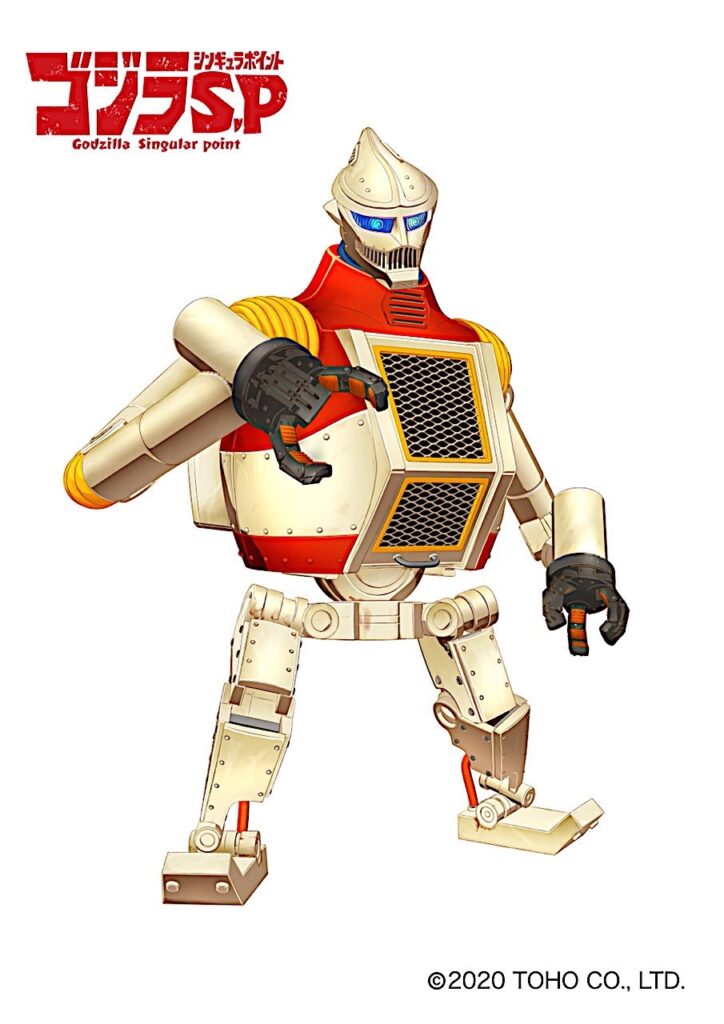 With the premiere of the Netflix anime series Godzilla Singular Point fast approaching, we got a new visual of the robotic hero Jet Jaguar on Wednesday (Japan Time). The new series starts on 1 April.

For some reason, the robot looks a little chunkier or stubbier in these newer images than I remember him looking in previous promo videos. It might have been an optical illusion, or maybe I expected someone taller. If you think about it, a shorter robot actually makes sense.

In the new story, Jet Jaguar was created by Otaki Factory, led by Goro Otaki (Wataru Takagi). Main character Yun Arikawa (Shoya Ishige) is an engineer for Otaki Factory, and a couple of the other characters seem to work there as well. 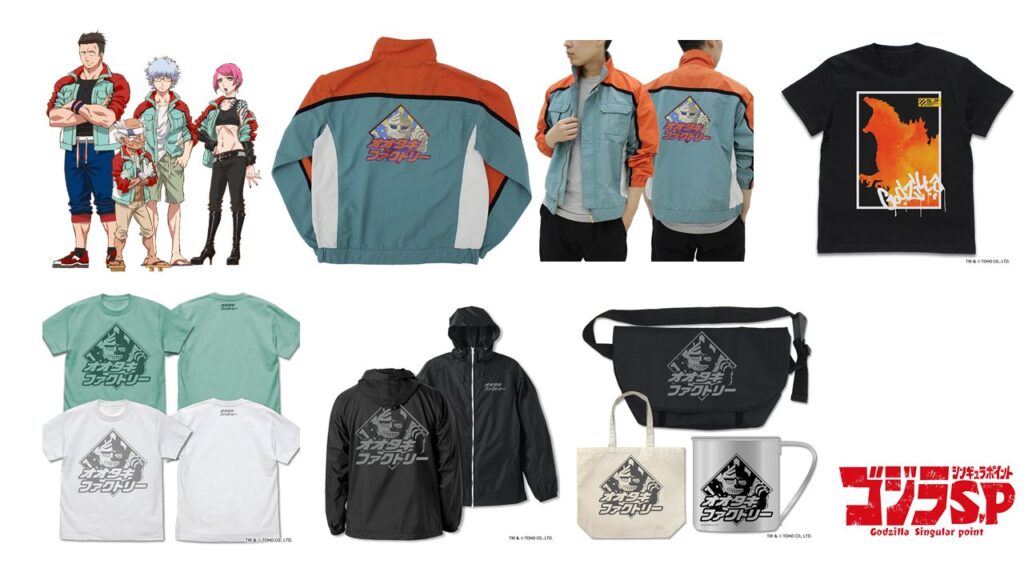 If you also want to join the Otaki Factory team, Godzilla SP announced on Twitter on Tuesday a lot of Otaki Factory (and Godzilla) goods. If you want some show-accurate cosplay, you can get a jacket like the ones the characters wear. Cospa (website here) also has a couple of official T-shirts with Jet Jaguar, a mug, tote bag, messenger bag, and a hooded windbreaker.