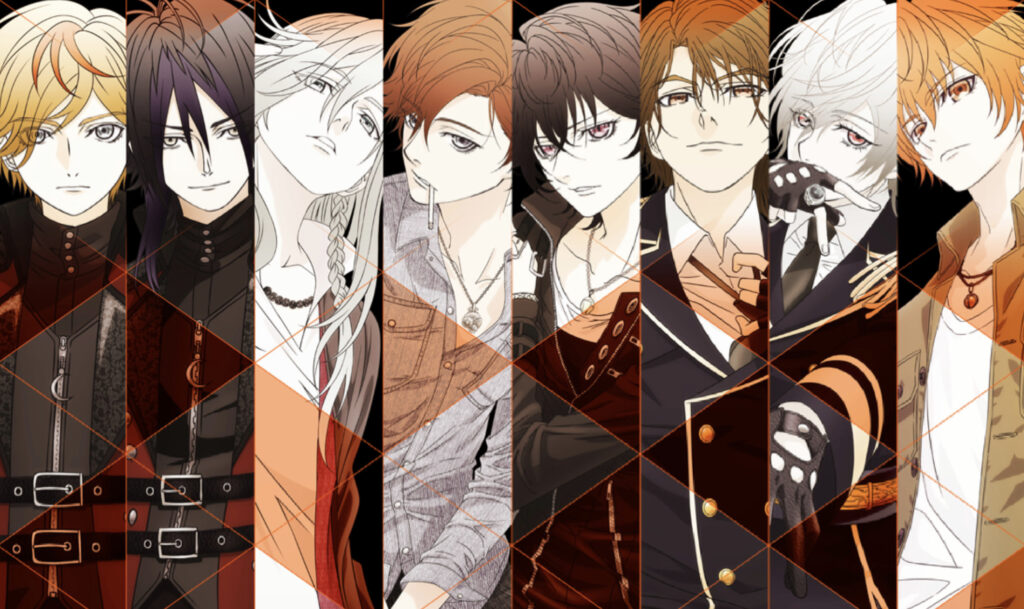 GoHands productions continue to baffle and confuse. The ambitious animation studio have a style that’s distinctly their own and immediately identifiable, but ever since K their style has veered from the unique and into the disorientating, with strange coloring and animation choices. In the promotional video confirming the existence of their latest production, an anime based on the all-male drama CD, character song and seiyuu series Project SCARD from Frontier Works, the animation stands out in more ways than one.

The Project SCARD franchise is set in the fictional independent, lawless Tokyo district of Akatsuki, set around the three groups charged with maintaining order, Helios, Artemis, and the Public Safety Bureau. These each employ SCARD in order to do so.

This latest project, fully titled Project SCARD: Scar on the Praeter, leans heavily into the use of CG-generated backgrounds and settings, such as the city we spend much of the promotional video set inside, in order to facilitate a free-moving camera. In theory, this isn’t a bad choice and can work well. Promare relied heavily on CG settings to facilitate its action. While those backgrounds were styled in line with the characters, here the backgrounds employ realistic CG that clash with the character designs of our main cast. Our characters look removed and floating on air above the scene as a result.

The advantage of animating in a CG environment is that it’s far easier to move the camera around to facilitate a 3D space than it would be if the entire background was being animated in 2D alongside the characters. This also feels disorientating, however, as neither camera or character movements feel natural or smooth when spinning around the characters in this PV.

This is not to say that the series can’t be good, but the result of these strange animation decisions from GoHands is that Project SCARD looks rough and difficult to look at. It’s off-putting. We’ll have to wait and see for the finished product to cast final judgement. Project SCARD is set to premiere in January 2021 and you can find out more over on the project’s official website.