A Reminder That May 9th Is Goku Day 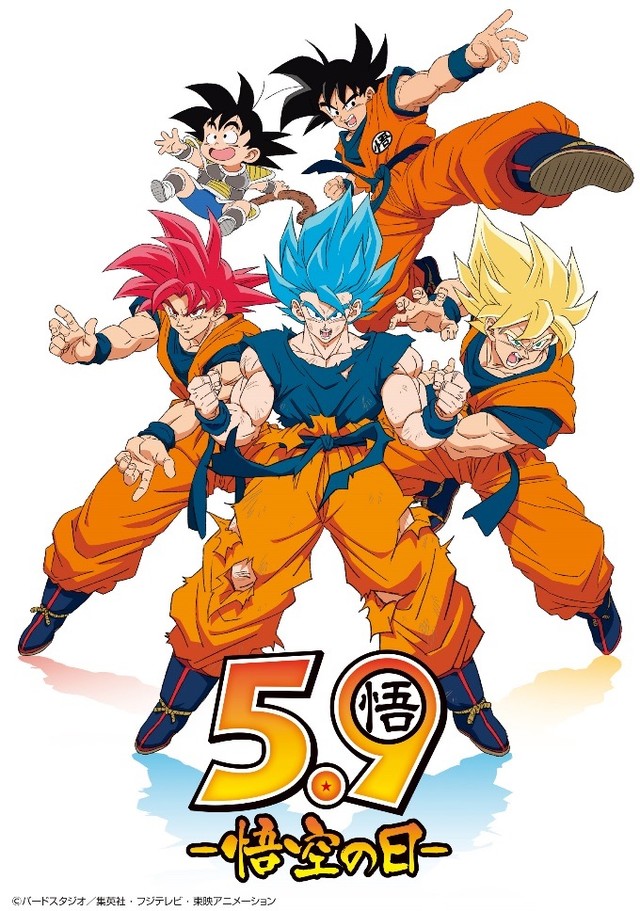 It’s almost Goku Day! You know, the most important holiday of the year. Starting in 2015, May 9 has been recognized officially as Goku Day, or Goku No Hi, by the Japan Anniversary Association. That doesn’t make it an official public holiday where everybody gets the day off the celebrate the accomplishments of Son Goku, unfortunately. However, we can all take the time to look back on how many times Goku has saved the Earth from imminent destruction. Check out this special illustration Dragon Ball Super: Broly animation director Naohiro Shitani illustrated specifically for 2019’s Goku Day! Which era or form is your favorite?

Earlier this year, the incredibly successful Dragon Ball Super: Broly made over 100 million dollars worldwide which is great for an anime film. Not that there was any doubt, but people still have a lot of love for the 35 year old Dragon Ball franchise all across the world. Even Dragon Ball GT has received love recently with GT’s Kid Goku getting added to Dragon Ball FighterZ as a playable DLC character. While Dragon Ball Super ended last year, rumor has it we’ll hear something soon about what Goku will get up to next.

Even though Dragon Ball Super has come and gone, for now, there’s always something happening with Dragon Ball. Later this year Dragon Ball Game – Project Z ,the first current generation action-rpg for the franchise, should be coming out. The west just got Super Dragon Ball Heroes, a virtual card game, released on the Switch. New content is still being released for FighterZ and Xenoverse 2. There’s always new figures, clothes, and toys coming out for the series as well. For Goku Day 2019, new character goods fans in Japan voted on will be unveiled on the 9th.

You can celebrate Goku Day on May 9 however you’d like. I know I’ll be firing up my copy of the classic Dragon Ball: Evolution 😉