What is Gokushufudou and Why Should You Read It? 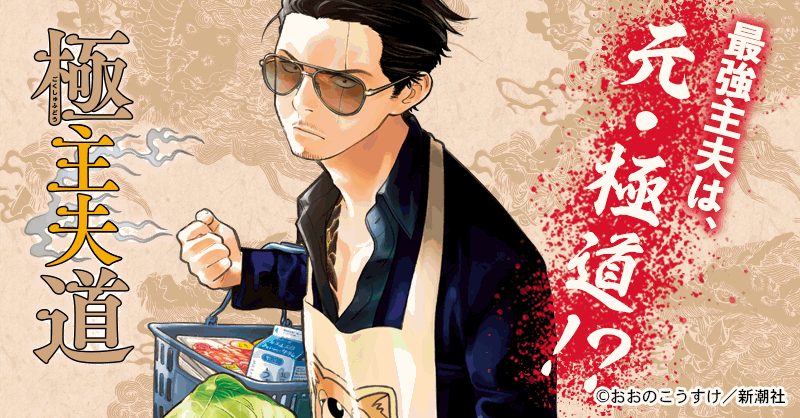 Gokushufudou is a comedy manga series that depicts the ordinary daily life of a former notorious yakuza member known as The Immortal Tatsu. After a sudden disappearance, Tatsu reemerges as a househusband, tending to household chores and errands while his wife goes to work.

Created by Kosuke Ono, the manga launched 2018 via manga website Kurage Bunch. In 2019, North American company Viz Media began translating the series for English readers under the name Gokushufudou: The Way of the Househusband.

What is it about?

Who appears in the series?

Protagonist Tatsu is a former yakuza member known for his stern, hardened demeanor. With tattoos across his shoulders and a scar along his face, Tatsu’s legendary status makes him recognizable on the street, and his hardened demeanor tends to frighten passersby. As a house husband, he approaches daily tasks with a seriousness and dedication fitting for a crime boss.

Tatsu’s wife Miku is the breadwinner of the household. She works as a designer during the day and enjoys niche pop culture.

Masa is one of Tatsu’s former yakuza associates. Without Tatsu in the gang, Masa struggles to take care of the rival Kunimi Clan. He has a tendency to get in over his head and is always bruised up from quarrels with rivals.

Tatsu’s former boss ultimately respects Tatsu’s decision to leave the yakuza and become a house husband. Despite having facial scars and maintaining a gruff demeanor, the boss has a soft side as well.

Torii Hibari is a kimono-clad former gang boss who now works at a grocery store. After her gang fell apart, she made the transition to store clerk. She maintains a dignified, graceful demeanor despite the change in rank. With the dissolution of the gang, several of the former gang members now work at the store as well.

Miku’s father is a strict, serious man who wants to ensure the best for his daughter. He is stout, with short-cropped hair and bushy eyebrows. After overcoming his initial worry, he tries to bond with Tatsu through various father-son activities.

Miku’s mother is a light-hearted, talkative counterpart to her husband. She has a good sense of humor and shares many similar features with her daughter.

Torajirou is a former yakuza who now runs a food truck. He takes his newfound career-making crepes very seriously. Despite a turbulent past with Tatsu, Tojirou ultimately forgives Tatsu and respects his decision to become a house husband.

Bob is Tatsu’s neighbor. A westerner who is new to Japan, Bob is known for his poor cooking skills and relaxed demeanor.

Urita appears in the second chapter of the series. This con man works as a door-to-door salesman, always pushing the latest scheme.

What tropes and motifs are found in the series?

Gokushufudou entertains common tropes found in manga and anime series. These most prominently include gags on cooking and gangster life.

The prominence of cooking throughout the series is a common theme across the medium. This includes intricate illustrations of immaculately prepared meals, elaborate cooking competitions, stylized imagery of slicing and dicing ingredients, and other images to induce hunger.

The series also employs typical yakuza tropes. It comically plays with the idea of gangsters being excessively serious and cold. For example, Tatsu considers cutting off his pinky finger—a typical yakuza practice—to apologize for mistakes.

Where can I read Gokushufudou?

Since launching via web magazine Kurage Bunch in 2018, author Kosuke Ono has gone on to publish four volumes through Shinchosha in Japan. An English-language translation of the manga, entitled The Way of the Househusband was released by Viz Media in February 2019. The English series has received positive reviews from Western media outlets such as Polygon and Anime New Network. As of December 2019, over one million copies of the series are in print.

Is there an anime?

While the series is grounded within the manga, numerous motion comic videos have been released online, along with a short live-action video starring Kenjiro Tsuda, Kenichi Suzumura, and Yoshimasa Hosoya. There is currently also a live-action television drama airing in Japan that calls on a star-studded cast and is definitely worth checking out if you enjoyed the manga series.

What are some other comedic yakuza manga I can read?

There is numerous other manga depicting comedic situations related to the yakuza and gangster lifestyle. One such series is Hinamatsuri, about a hardened yakuza tasked with protecting a girl with telekinetic powers. Another series, Angel Densetsu, tells the story of Seichiro Kitano, whose sweet personality is compromised by his terrifying appearance. Other series comically portraying yakuza and delinquency include Sun-Ken Rock and GTO.

Cats of the Louvre, The Way of the House Husband Win Eisner 2020 Awards