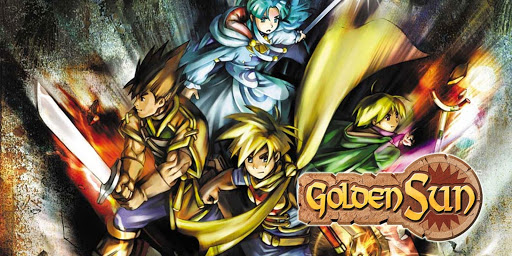 The turn of the century gave audiences a new game system, the Game Boy Advance. To accompany the system, Nintendo and Camelot Software Planning developed the JRPG Golden Sun. The game was a smash success and had excellent reviews upon its release, but the game has fallen into obscurity in recent years.

The Golden Sun trilogy began in 2001 with the release of Golden Sun, and its most recent entry, Golden Sun: Dark Dawn came out in 2010. In the 10 years between the entries, the series that started strongly ended on a rather weak note compared to the first game, but it was still a solid series. While Golden Sun doesn’t have the popularity of Final Fantasy, Tales, or Shin Megami Tensei, it gives players a memorable gaming experience.

The Golden Sun series is a JRPG that is set in the mythical world of Weyard where alchemy is locked away, but plays a key role in the game as a force with unlimited potential. The characters use Psynergy, magical spells, to fight enemies and get past roadblocks along the way.

As a JRPG, the story falls into the save the world from destruction troupe, but the game itself is still fun and was at the forefront of gaming in terms of graphics and excellent plot during the early 2000’s.

The first and strongest entry to the franchise is Golden Sun.

This game gives an introduction to the Weyard and how it was created through alchemy; however, the use of alchemy grew to be a worldwide issue, and it was locked away. The only way it could be unlocked is if all four Elemental Stars, the source of the elemental magic in the world, are collected and used to light up the elemental lighthouses.

The game focuses on the silent protagonist, Isaac; Garet and Jenna, Isaac’s closest friends; Kraden, their teacher; Ivan, the student of a famous merchant; and Mia, a healer as they try to stop two mages, Saturos and Menardi and their henchmen from collecting all the stars, unlocking alchemy, and plunging the world into darkness.

This game is different from a lot of games because it actually ends at the midway point of the tale instead of giving players a completed story. This was done so that the players get to play the game from the hero’s side and the antagonist’s side in the next game. While having multiple storylines isn’t completely unheard of in gaming, Camelot took a risk by splitting the game into two pieces which ultimately paid off.

This installment is the continuation of the first game and it focuses more on Saturos and Menardi’s henchmen, Felix. Felix manages to convince his younger sister, Jenna and the teacher, Kraden, to leave Isaac’s party to join him on his quest to light up the lighthouses.

They are also joined by Sheba, a girl Saturos and Menardi kidnapped. Unlike Isacc, Felix is convinced that releasing alchemy will better the world.

Throughout the game, Issac’s party is chasing down Felix in order to stop him. The addition of Menardi’s sister Karst and her allies makes matters more difficult for Felix. By the end of the game, the truth about what would happen to Weyard if alchemy was restored is revealed which leads all parties to a final showdown to secure the fate of the world.

The third and most recent game in the franchise was released in 2010 for the Nintendo DS. This game is a true sequel, as it’s set 30 years after the events of the first two games and follows the children of the heroes from the last game. Taking the lead protagonist role is Matthew, Jenna and Isaac’s son. He is joined by Tyrell, Garett’s son; Karis, Ivan’s daughter; and Rief and Nowell, Kraden and Mia’s children.

With alchemy taking a back seat for this game, Psynergy Vortexes become the main focus of this tale. These vortexes are popping up and sucking up the elemental synergy from the world and its wielders. The group goes on a journey to figure out what’s causing these vortexes and fixes the problems the vortexes cause as well.

This leads the cast to find out about the Grave Eclipse which will unleash a series of dangerous creatures that will rip the world apart.The only way to prevent the end of the world is by using the Apollo Lens, so the team heads out to find the pieces needed to activate them and save the world. 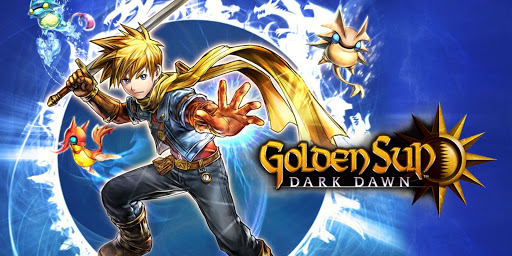 What Made It Stand Out?

As a game that was at the forefront of gaming at the turn of the century, Golden Sun didn’t really contribute much to the JRPG genre in terms of groundbreaking mechanics, but it did have great graphics for the Game Boy Advance. Of course, graphics aren’t everything in video games. While Golden Sun fell into a lot of troupe territory with the characters and even the plot, the gameplay and the overall story were engaging and it made it easy to get lost in it.

One of the things that weren’t really seen in JRPGs were the characters using their skills to get past dungeons. While games like Persona 5 Royal began utilizing tools like the grappling hook to get across dungeons to fit the phantom thief aesthetic, Golden Sun’s characters used their magic to advance in the dungeon, which is pretty cool since it’s perfectly understandable.

If you’re a magic user, why not use your magic to get through a dungeon? It makes perfect sense, but you can’t burn the dungeons to the ground if you get tired of them.

The story does fall into the JRPG troupe of preventing the apocalypse, but it takes an interesting direction as we see the shift in perspective from the hero to the anti-hero.

This shift in perspective allowed players to see all sides of the story and sympathize with the characters on both sides, but it also allowed players to think about the issues with having a black and white world. In this case, the morally gray area was explored and worked wonders for the story’s narrative since it let the players know all the details.

Sadly, the game fell into obscurity after its initial release in 2001 and currently has a cultish status. While fans of the first game eagerly awaited the sequel for almost 10 years, the game didn’t achieve the levels of success the first game had due to its lack of improvements from the first game.

As a much later title, players expected the game to improve upon the issues the first game had, but had a copy paste story with a few tweaks, and it wasn’t as engaging as the first game. This hasn’t stopped fans from clamoring for a fourth installment for the Switch, and time will only tell if Nintendo will give the people what they want.