Good Smile Company: A Corporation Truly Worthy of Its Name 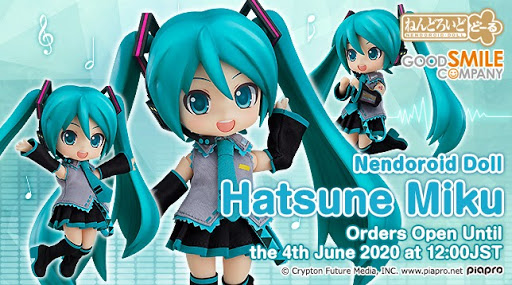 When you think about a company coming from a place of service, Good Smile Company should be it. The company profile page of their website has a statement from the CEO, Takanori Aki, which says that they strive to ‘bring the hard work of creators to as many people as possible for as long as possible.’

Having started off as an event management and talent company, and now having subsidiaries in areas as diverse as motorsports and anime production, Good Smile has truly worked all across entertainment. So let’s take a clear look now at who Good Smile Company is, where they come from, what they do, and how many fields they do it in.

Primarily known as a manufacturer and distributor of figures, toys, accessories, and other hobby products, Good Smile is definitely good at getting the word out about ‘the hard work of creators.’ They’re most well known for the Nendoroid figure series, the fully articulated figma figure series, and scale figures.

Other work for which they are less known, however, includes being part of the production committee for a lot of anime, including CANAAN, Black Rock Shooter, and One Punch Man. More recently, they’ve helped to bring together four smaller animation companies (Sanzigen, Trigger, Ordet, and LIDEN FILMS) to create ULTRA SUPER PICTURES.

ULTRA SUPER PICTURES produces and develops animated projects and also focuses on licensing other works along with training and managing new staff to create content aimed at the global community.

Also, they have a subsidiary called Good Smile Racing (GSR) which owns a car racing team and produces model cars and related goods. The racing team isn’t bad – they took the driver’s championship in the GT300 class in 2011, 2014, and 2017, making them among the most successful teams in Super GT series history. 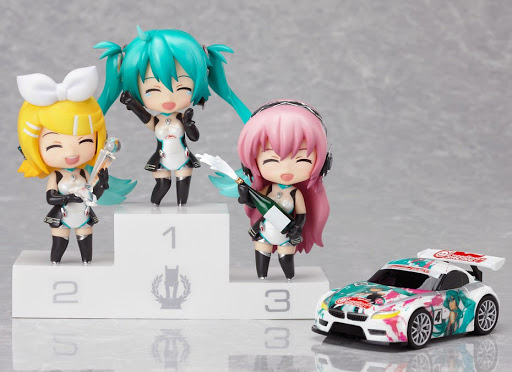 Good Smile Company was founded in May 2001 in Shinmatsudo, Matsudo City as an event management and talent company.

Good Smile didn’t even start planning and producing toys and dolls until 2002, and their first branded figure (a ⅛ scale Nemu Asakura) went on sale in 2004, even though they had a cooperative agreement with Max Factory starting in 2001, a month after opening.

In 2005 they started selling hobby related products and distributing them to hobby stores. That was the year they started using ‘Wonderful hobby life for you!!’ as their slogan at several events, too.

2006 saw the creation of their famous Nendoroid series. The first Nendoroid – Nendoroid Neko Arc: Convert! Grumbling Face Edition – was sold at the Wonder Festival run by Kaiyodo, which Good Smile has attended every year since 2004.

The next year, 2007, was a big one for Good Smile Company. Not only did they start the Mikatan Blog, which would later become Kahotan Blog, for a female staff member to talk about Good Smile’s products, but they also released the Haruhi Suzumiya Nendoroid, which would eventually sell over a hundred thousand units.

The figma series began in 2008 from Max Factory with ‘Superhero Haruhi’ which was included as a bonus to a game.

Nendoroid Petite started in 2009 with Nendoroid Petite: Vocaloid #01 which wasn’t just a hit – it sold over a million units. Also in 2009, Good Smile Racing was established, focusing on racing in the SUPER GT series.

In 2010, Good Smile Company began developing Black Rock Shooter, which would become one of their most popular original series. Additionally, Good Smile created the ‘Sculptors Tryout’ to find and develop new talent in figure sculpting, and they opened the Good Smile Cafe in Matsudo City.

The ten year anniversary of Good Smile Company saw a ton of major events. ULTRA SUPER PICTURES was established, Good Smile Shanghai opened in China, a partnership is formed with Tetsujin and the Good Smile & Karaoke no Tetsujin Cafe is opened in Akihabara and a branch of it is later opened in Taiwan.

Also in 2011, in response to the Tohoku earthquake and tsunami, Good Smile Company released Nendoroid Hatsune Miku: Cheerful Version and started the Cheerful JAPAN! Project to raise money for the victims.

Nendoroids – An extremely popular line of anime, manga, and video game merchandise (although they occasionally also draw from Western franchises as well) that portrays characters as deformed ‘chibis’ with giant heads and tiny bodies. They’re poseable and come with accessories and switchable face plates so you can re-enact your favorite scenes with them.

Nendoroids Petites – Almost exactly the same thing as regular Nendoroids, but at half the size.

figma – a line of hand sized figurines that are articulated but also well sculpted. The figma line motto translates to ‘moves well, looks good,’ which is exactly what these do.

Good Smile Company in the US

In addition to the original Good Smile Company in Japan, there is also Good Smile Shanghai, and Ultra Tokyo Connection (UTC) in the US. Good Smile also has an American website for US sales of its products, separate from UTC.

UTC’s mission is to bring Japanese ‘otaku culture’ to the North American market through distribution of collectibles and hobby goods from Japan and excellent customer service.

Good Smile Company truly has a thumb in many pies. How many companies can say that they work both in pop culture models and also racing? But so far, Good Smile has managed to excel at it all. And as it heads into its twentieth anniversary next year, we can only look forward to the future and what they have coming up next.