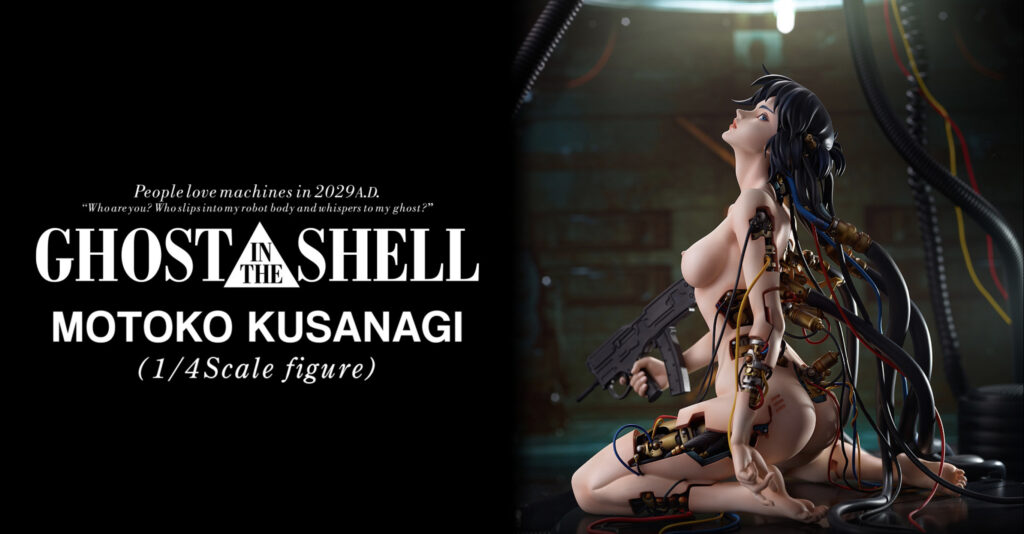 Provided that you’re willing to eat cold noodles for a few weeks, this impressive (if slightly NSFW) figure of 1/4-scale Makoto Kusanagi from Ghost in the Shell by Good Smile Company could be yours.

We’ve discussed some pretty impressive figures on the site of late, including some life-size Evangelion figures, although in terms of actually being (relatively) more affordable than those, the latest figure in Good Smile Company’s ‘With Fans’ series, may be a more accessible item for many fans. This series of figures is produced in conjunction with Bandai Namco Arts in order to ‘produce the figures that fans want’, which just coincidentally appear to all be from Bandai-involved franchises.

The latest With Fans figure takes the main visual illustration from the original Ghost in the Shell movie featuring Makoto Kusanagi and turns it into a highly detailed new 1/4-scale figure.

Admittedly, the figure is a little explicit for some, with the artificial body of Makoto being portrayed completely negative with wires protruding from the inside and her back, each individually sculptured to high levels of detail. Differing materials have been used for the internal wiring and skin of the figure, with the whole thing being produced at an impressive 1/4 scale. The sculpture by Nyaba with paintwork from monolith’s yasushi isawa has also been overseen by the film’s animation supervisor Hiroyuki Okiura and color designer Kumiko Yusa.

Being such a large, detailed figure means that the figure isn’t cheap. Pre-orders are open now ahead of a planned March 2022 release for an eye-watering price of 107,800 yen (almost $1000). In recognition of the small production number and high cost of the item, orders will also include an A5 certificate of authenticity that officially registers the figure to yourself.

While perhaps more accurate to call this an art piece than a mere figure, providing you can afford it and are interested, you can order this Makoto Kusanagi figure directly from Good Smile Company now.