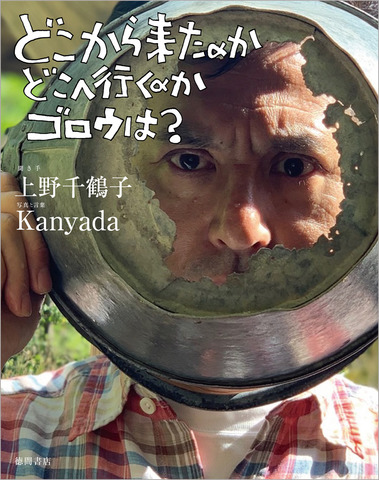 It’s got to be tough being Goro Miyazaki. Making sure the family legacy lives on will always be a daunting task, especially when your father is Japan’s most adored filmmaker since Akira Kurosawa. Ever since day one, Goro has faced enormous pressure to live up to the expectations. It’s a tension that has eaten Goro alive, and is well-documented during the production of his first film Tales From Earthsea, where he and Hayao bickered to the point where they stopped talking to each other for a long while. And now this infamous family affair is getting its own book.

At one hundred and twenty-eight pages, Where Did You Come From, And Where Are You Going, Goro? is a behind-the-scenes look at Goro’s relationship with his famous father, his own start at Studio Ghibli, and the praise and criticism his work received from critics and fans. Written by the renowned sociologist Ueno Chizuko and dotted with photographs by the Thai-born photographer Kanyada (who did some cool photos for the Studio Ghibli Museum back in February), this tell-all book promises to reveal the ‘unknown face of Goro’ to the masses.

The news of this biography comes congruently with Goro’s fourth movie Earwig & The Witch (Aya to Majo), whose two-minute trailer dropped earlier today, in preparation for its release later this month. This movie has Goro doing what he can to both emulate and distance himself from his father. On one hand, like Howl’s Moving Castle before it, Earwig and the Witch is adapted from the Diana Wynne Jones novel of the same name. On the other, it is rendered entirely in CG, something that the traditional pen-and-paper Hayao never found much use for. The news reveals a side of both Miyazakis that was kept from the public eye and should capture the intrigue of die-hard Ghibli fans everywhere.