Grab Some Buds for Bishi Bashi 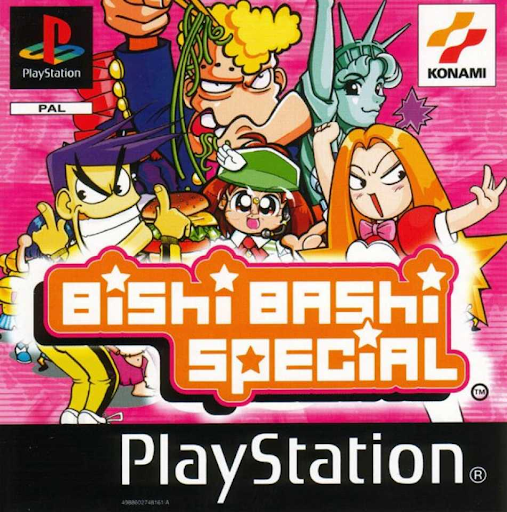 Bishi Bashi Was a Hit in the Arcades

From the late 80s to around the early 2000s, video game arcades were the place to be for gamers interested in what the latest releases were. Many countries had pretty sizable arcade scenes, especially America and Japan, which gave rise to equally sizable gaming communities in each country, especially for fighting games like Street Fighter, Tekken, King of Fighters, et al. But there were a few genres of arcade game that didn’t offer deep mechanics or character-specific play styles, or even any attempt at a story mode. These games offered frantic, quick minigames that required split-second coordination and an unflappable ability to quickly understand and execute instructions. One of these games was Konami’s Bishi Bashi series.

Bishi Bashi Will Do Its Best to Throw You Off

The Bishi Bashi series offered a wide variety of different minigames that required players to perform very specific tasks with three buttons and often a joystick. Usually the arcade games could support up to six players at once, making the games even more frenetic. The first in the Bishi Bashi series was Bishi Bashi Champ, released in 1996. Players select how many they want to play with, and how they want what games will be played to be decided. Then the games commence.

Each game lasts about 20 seconds, no longer than a minute, and is played with minimal mechanics. Games can range from activities like hitting the button that matches the color on-screen, hitting buttons to control the direction of a horse in a horse race, hitting buttons rapidly to arouse the attention of a cat, or even using the joystick in combination with the buttons in order to properly strum a guitar. This is more than likely the root of the name ‘Bishi Bashi’, as a sort of onomatopoeia for the sound the buttons make when frantically hit, or ‘bashed’. Whoever completes the action the most at the end of the game or completes enough actions first is the winner of that particular game. Whoever has won the most games by the end of the round is the winner.

Bishi Bashi makes use of colorful on-screen characters and nonsensical situations and images to create a sort of frenetic and jarring atmosphere. Things are loud, attention-grabbing, and generally very silly, so it’s sometimes difficult to focus on the task at hand when the player is constantly trying to look at the screen and see what’s going on there. 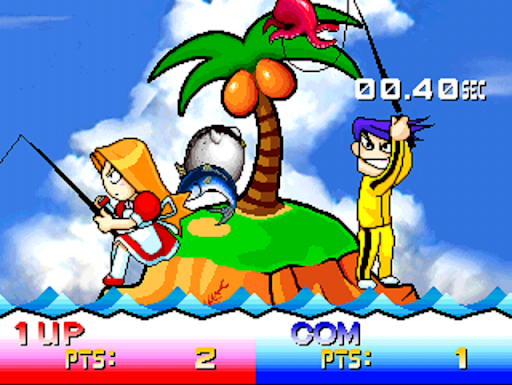 Bring Bishi Bashi to Your Base

The Playstation ports play similarly to the arcade cabinet versions, only making use of three of the controller’s face buttons (Square, X, and Circle) as well as the Dualshock analog sticks or the Directional pad buttons, depending on the controller. However, there are certain minigames that specifically require ‘button bashing’ and make use of every button on the controller. When setting up the game on Playstation, players have more control over the amount of games to be played per round, and how the games are selected, as well as the difficulty. While the most recent Bishi Bashi game, Bishi Bashi Channel, was released in 2018, ports of Bishi Bashi have been less frequent. One of the most recent ports was in 2014 for mobile phones in Thailand, but during the PS3 era Bishi Bashi Special was available to download from the Playstation Store.

Bishi Bashi is similar to games like Wario Ware and even Mario Party that engage players in quick rule-specific minigames. These games are more contemporary versions of Bishi Bashi, and a more closely-related comparison would be Namco’s Point Blank. Point Blank has the same frantic, minigame-based spirit of games like Bishi Bashi but also uses lightgun mechanics. Games were usually only played with two players (That’s how many lightguns usually shipped with arcade cabinets) and consisted of short minigames requiring players to shoot the appropriate targets. The first Point Blank actually predates Bishi Bashi, being first released in 1994.

Bishi Bashi is one of those party games that everyone can quickly figure out. In fact, many fighting games now employ this sort of ‘easy to get into, difficult to master’ gameplay mechanic, which allows for a wider audience. But truly, if you’re looking for something to quickly amp the party up, frantically smashing buttons while an anime girl jeers at you is a pretty good way to do it.