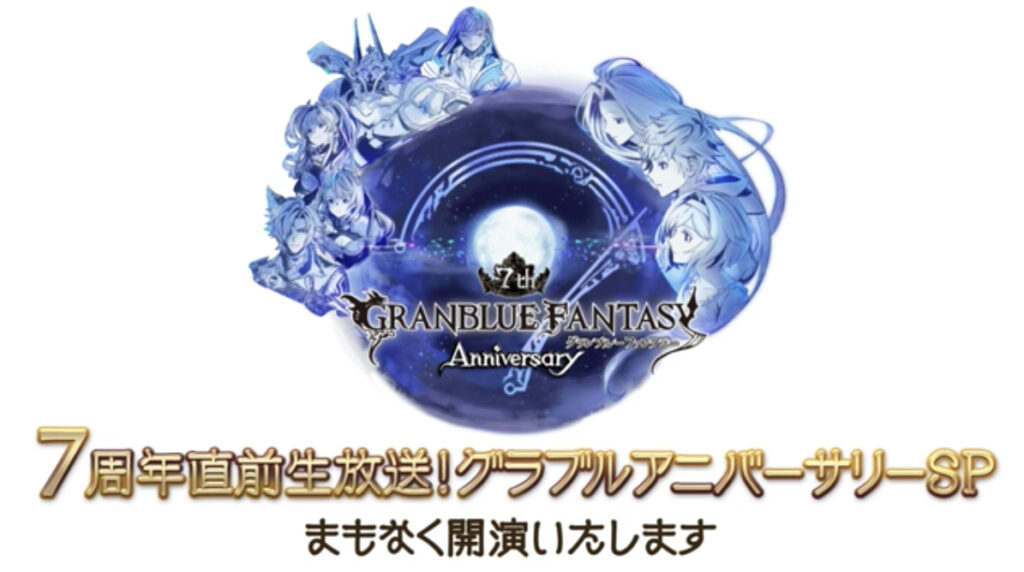 The Cygames RPG Granblue Fantasy will turn seven years old on 10 March. To celebrate this anniversary, the creators released a special seven-hour (originally planned for six hours) livestream broadcast, which was posted to YouTube on Saturday, 6 March.

During the seventh anniversary special, they announced that there will be a 2021 version of the annual Granblue FantasyFes. The event is often held in December, and last year’s event was online-only because of COVID-19.

They also revealed that Eustace will be the fifth character for the second season of the fighting game Granblue Fantasy Versus. They also made other announcements, such as new Zeta and Beatrix figurines from Bandai‘s Figuarts Zero (Tamashii Nations).

The special was divided into three parts: the main anniversary special was in the middle, and it was bookended by two segments of Yurutto! Granblue TV Channel.

The special program featured many of the voice actors from the video game and/ or the associated anime series.

Yuichi Nakamura (Romeo and Tsubasa), Inuko Inuyama (Beth), and Miyu Takagi (Mirin) were scheduled to only appear in the Yurutto! section of the program.

Granblue Fantasy has used the Yurutto! (easy-going, loose, or laid-back) name for special programs before, and this one seemed similar to previous episodes. In addition to the updates and announcements, they also had various panels and games/ challenges with the cast.

Granblue Fantasy and the road to addiction.

Granblue Fantasy Project Re:Link to Release on PS4 in English

Platinum and Cygames’ ‘Granblue Fantasy’ Gets a Lengthy PV