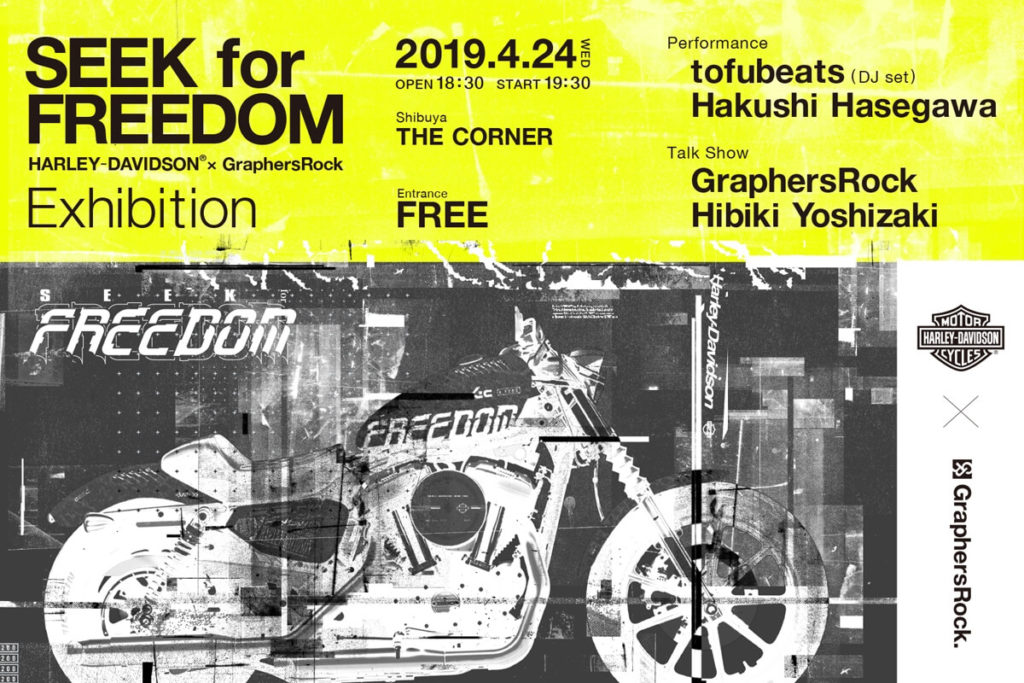 It’s still totally unbelievable. GraphersRock, one of the most cutting-edge designers of the last decade, is teaming up with Harley-Davidson. I originally wrote about this a couple of months ago when it was first announced, and I still can’t believe it. But hey, it’s happening, and it turns out Harley-Davidson is going all-in on this collaboration. On April 24 at The Corner in Shibuya, Tokyo, Harley-Davidson and GrapherRock are set to unveil their collaborative custom Iron 1200 motorbike. But this isn’t just going to be a walk-in-walk-out experience; Harley-Davidson has something much bigger than that planned. During this event, Harley-Davidson will be calling on both Tofubeats and Hakushi Hasegawa to perform, while both Hibiki Yoshizaki and Naoko Noguchi give stage discussions alongside GraphersRock. 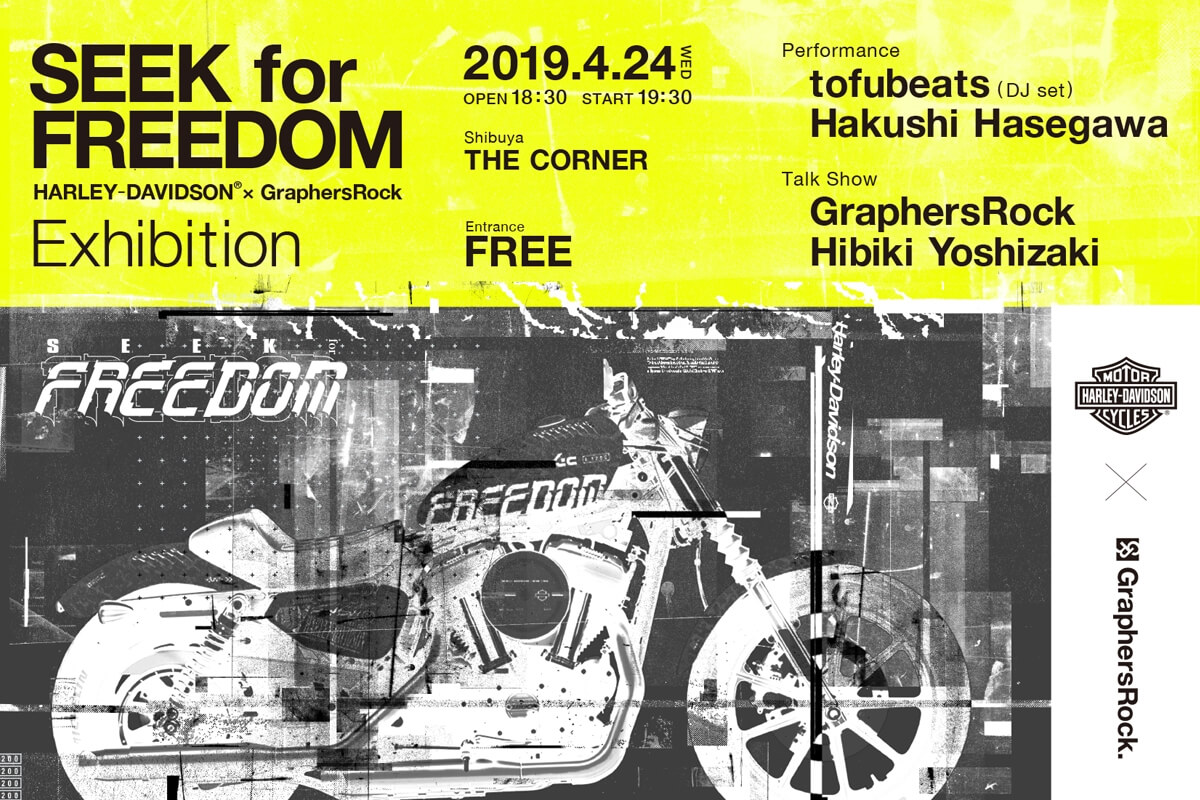 Entry to the exhibition will be free, and outside of the incredible talent they’ve brought onboard for the event, this will also be your first chance to see the custom Iron 1200 in person. The inclusion of Tofubeats as a performer at this exhibition should be an obvious one. One of GraphersRock’s longest collaborators, pretty much every Tofubeats release has featured GraphersRock’s touch in some form. Hakushi Hasegawa comes as a slightly more surprising guest, but one that I’m completely stoked for nonetheless. Of course, Hibiki Yoshizaki, Naoko Noguchi, and GraphersRock’s talk show will be one of the central points of the event, and one that will definitely prove interesting. I mean, Yoshizaki, a Studio Khara animation director, discussing Harley-Davidson motorbike designs and concepts? Count me in.

Taking place at The Corner in Shibuya, Tokyo, on April 24, Harley-Davidson and GraphersRock’s “SEEK for FREEDOM” exhibition is definitely not to be missed. Those interested in further information, as well as details on the location, be sure to visit Harley-Davidson’s official website.