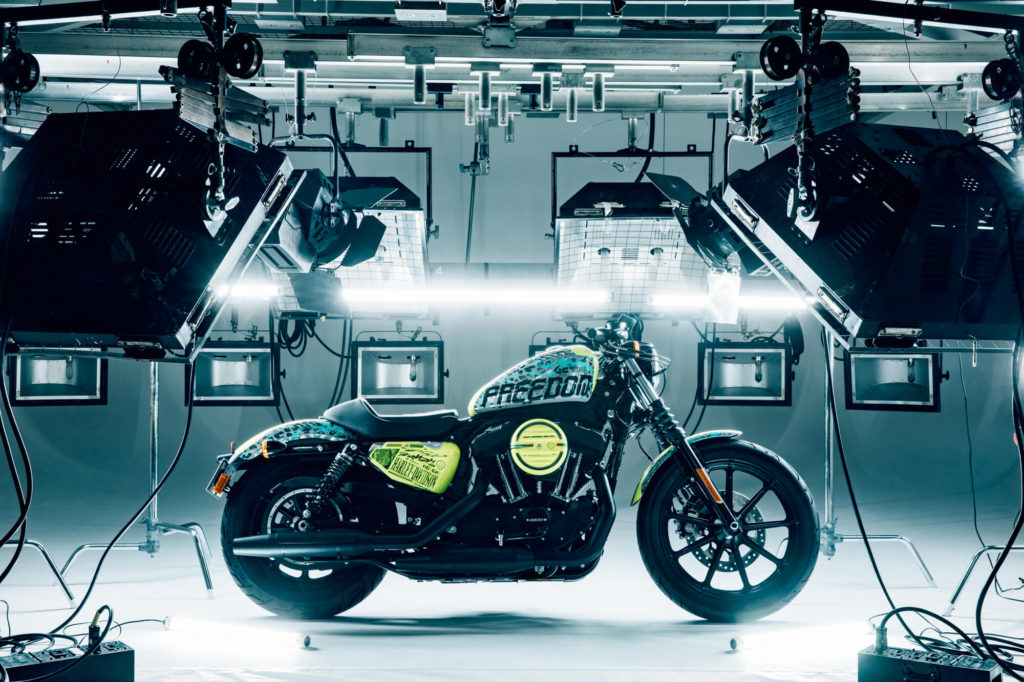 There are few projects I’ve been following as closely as the somewhat mysterious GraphersRock collaboration with Harley-Davidson. I’ve written about it twice in the last few months already, but there’s still a total level of surrealism to it. Again, the concept of one of Tokyo’s most innovative designers of the last decade collaborating with a now 116-year-old motorcycle company is insane. It’s an honest truth that, up until now, this has all felt like this wild fever-dream that I find myself writing about here and there — until today. Set to be officially unveiled in-person on April 24, 2019, Harley-Davidson’s collaborative Iron 1200 motorcycle with GraphersRock has finally got its first preview.

I’m actually a little surprised these images dropped before the actual event, but nonetheless, I’m still blown away. There’s a whole lot going on with this bike, and it goes so far beyond traditional design for something like this. With a tagline like “SEEK for FREEDOM”, I think it’s pretty safe to say that GraphersRock found it, especially with his left-field design approach. This bike screams GraphersRock, just as I’m sure it screams as it speeds down the highway. This is definitely unlike anything we’ve seen from Harley-Davidson in the past, and although this may only apply for the Japan-branch, it does leave me excited for more creative endorsement in a wide-array of surprising new fields.

Taking place on April 24, Harley-Davidson will be bringing GraphersRock, Hibiki Yoshizaki and Naoko Noguchi on-stage to discuss various aspects of this project as the motorbike is publicly showcased for the first time. During this event, we’ll also see both Tofubeats and Hakushi Hasegawa give special performances that are sure to bring the whole event together.

This whole collaboration is absolutely insane, and if you happen to walk that thin line between being interested in nice design and motorcycles, this one probably appeals to you a whole lot. For those interested in checking out further details on both the motorcycle and event, be sure to head over to Harley-Davidson’s official website.