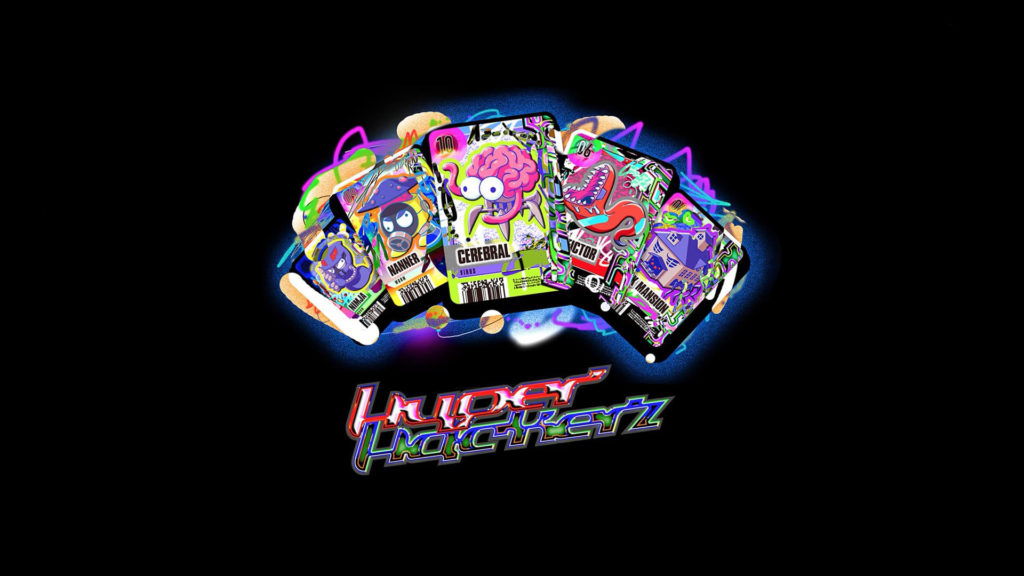 There’s always an aura of excitement whenever one of our favorite creatives releases something new. Whether it be a new piece of art, a collaboration, or anything of the likes, there’s always room for excitement; but when two of your favorite creatives come together to do something entirely new? Well, that’s the sort of thing that’ll leave you feeling ecstatic. In this case, I’m talking, in particular, about the upcoming “Hyper Hackerz” collectible card series that’s set to be launched by both GraphersRock and NC Empire which is coming to Nakano, Tokyo for a limited-time pop-up event.

Paying homage to the CCG and TCG culture that most of us grew up on, both GraphersRock and NC Empire have come up with something weird, wonderful, and emblematic of what we love in Japanese pop culture.

At the Nakano meee Gallery on August 17 and 18,  just steps away from the infamous otaku haven Nakano Broadway, you’ll be able to obtain packs of these ‘Hyper Hackerz’ cards. There’s 20 in all and 5 cards a pack, so you’ll have to fork money over if you want the complete collection. Just like the old days where you’d spend all your allowance money trying to get a single Charizard. Except for this time around, instead of a fire breathing lizard, you’ll be collecting all sorts of weird little guys.

While there’s no concrete information on just who did what within the collaboration, an educated estimation would suggest that NC Empire likely handled the illustrations while GraphersRock handled the backgrounds, although we imagine both parties had input on every aspect of the card series. Honestly, this is the neatest collaborative effort I’ve seen in a while. Collecting creature cards harkens back to why we all became embedded in pop culture in the first place; but giving them a modern, tasteful design makes them extremely appealing in their own right. I hope other artists and designers look towards ‘Hyper Hackerz’ and are inspired to think out of the box because I definitely want more.

‘Hyper Hackerz’ is coming to Nakano next weekend.