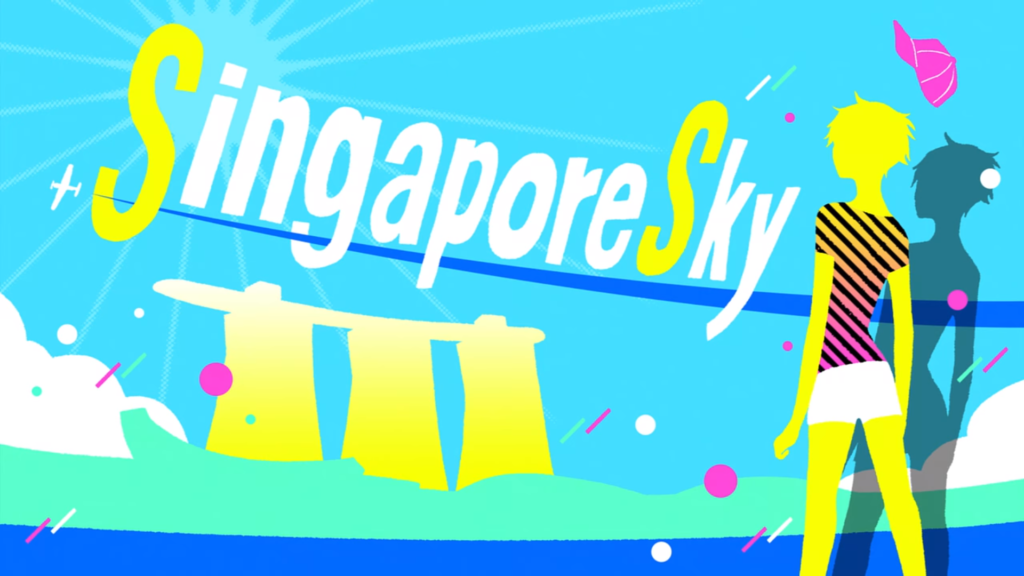 By the time you’re reading this, the first half of GREAT PRETENDER will be available on Netflix worldwide. Well done for waiting it out. So whether you’ve already binged the whole thing or are taking it slow, welcome to our review of Case 2: Singapore Sky.

In many ways, Case 1 of GREAT PRETENDER was all about introducing us to our main characters. That much is clear. But now that all of the main characters have been introduced – including Cynthia – Case 2 makes clear their true dynamic: none of them trust each other, and every one of them is trying to screw each other over.

Singapore Sky opens with Edamura seemingly living a normal life, having walked away from Laurent et. al at the end of The Los Angeles Connection. For a while, we almost believe it – especially as he grows closer and closer to the father figure mechanic who takes him under his wing – but the carpet is yanked out from underneath us around halfway through episode 6. Once again, Laurent appears as the all-powerful puppeteer, as it is revealed that all of Edamura’s training as a mechanic was set up by the enigmatic Frenchman to help him with his next mission. 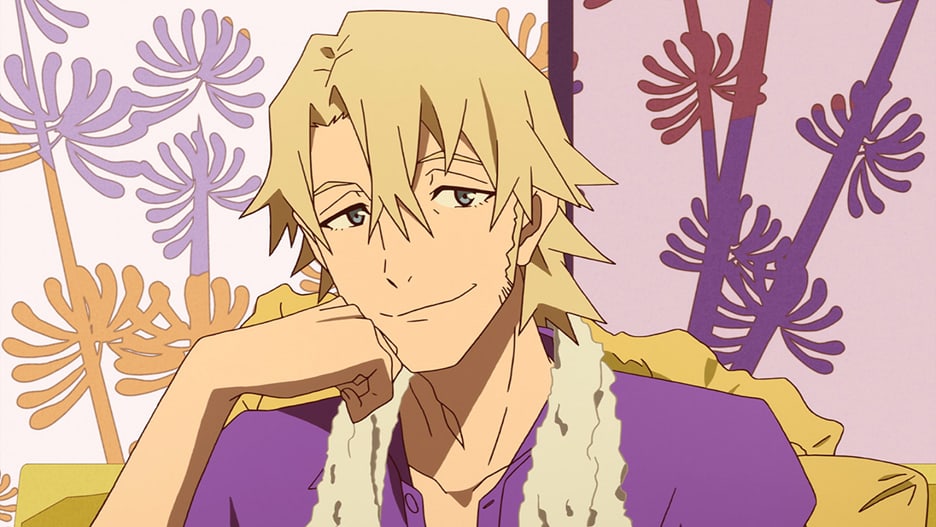 Going into Case 2, the one thing that worried me about GREAT PRETENDER was the future utilization of the international organization. Revealed at the end of The Los Angeles Connection, it had the potential to take out much of the tension from the story if it appeared to be too powerful and too influential. Nevertheless, these opening moments of Singapore Sky make it clear that the organization is more about the group of people that surround and help Laurent, given that they don’t have much agency beyond his orders. With that, you can breathe a sigh of relief.

Once Singapore Sky moves into Singapore proper, the true beauty of GREAT PRETENDER Case 2 becomes clear. Although this was clear in Case 1, I didn’t talk much about the environmental design of The Los Angeles Connection as it spent most of its second half inside dark warehouses or lit by moonlight. There’s none of that in Case 2, however, as most of the action remains outside – soaked in the sun of the South China Sea, it makes for a truly exotic locale that hits home the series’ international nature. 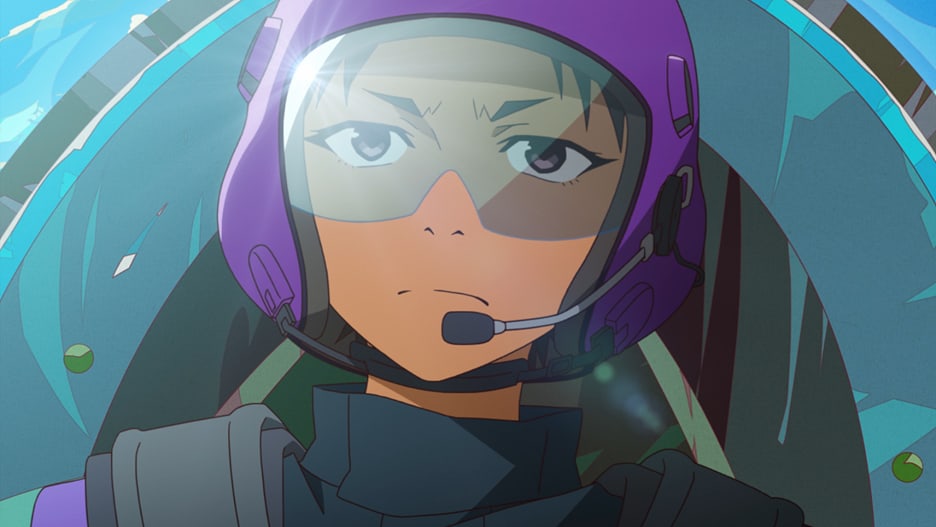 The star of the show this time around is Abby, who is (literally) in the driver’s seat for most of the plot. Her backstory also gets put under the microscope. This makes clear a certain pattern that future episodes follow: each new case focuses on one particular character, exposing their backstory and telling a story that is somehow related to the past. That’s not necessarily a bad thing, but is something that you can’t help but notice once you’ve cottoned on.

In any case, the story of GREAT PRETENDER Case 2 revolves around our character’s attempts to swindle the pilot Clark and his brother Sam, who is undoubtedly the main antagonist for this arc. If we were to compare the quality of Sam and Cassano as antagonists, I’d say that Sam is a little better: while Cassano is a little more likeable, Sam has an overwhelming presence that is hard to look away from. Perhaps it’s something to do with the sheikh outfit, but I suppose I’ll never know. 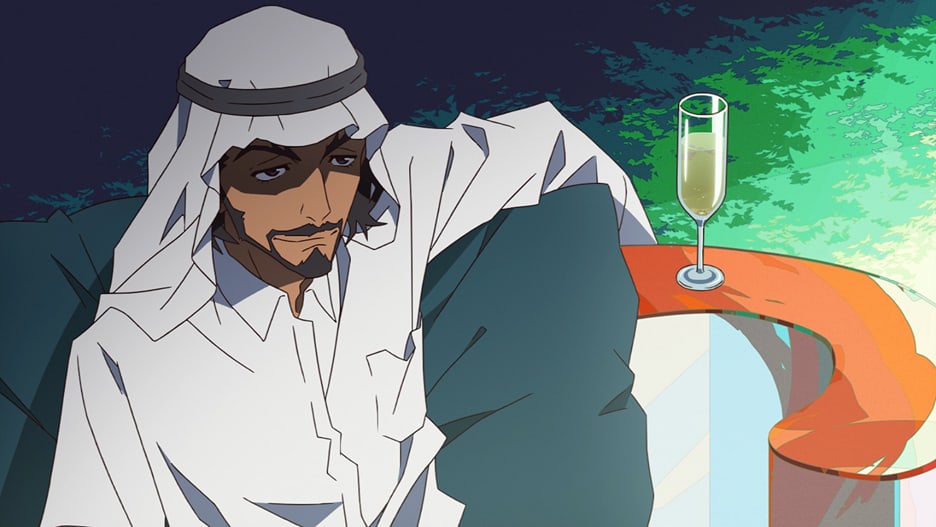 Unfortunately, it is perhaps this impenetrable presence that makes GREAT PRETENDER Case 2 a little slow to get off the ground. While Cynthia trying (and failing) to seduce him with her feminine wiles is entertaining, it takes a while before we really learn how on earth our characters plan to swindle him. At first, the plan appears to be to have Abby win the air race, but that doesn’t net them any real cash. By the time it becomes clear that they plan to entice him with a casino, we’re already several episodes in, and the pacing is a little spoiled as a result.

The same goes for Abby and her back story. While she is undoubtedly a great character, GREAT PRETENDER Case 2 plays a little too often on the same notes for my liking: every time Abby goes up in the air, she starts to remember her tragic past and nearly has a panic attack. This pattern repeats several times until Clark’s old rival, Luis, appears out of nowhere, which isn’t explained very well. Things then conclude in a satisfactory manner, but not without some bumps along the way.

These bumps in the road are what make me think Singapore Sky is perhaps GREAT PRETENDER’s weakest case yet. True, the setting and antagonists are wonderful, but the story and character work leaves a little to be desired. Case 2 is still undoubtedly a fun ride, but it is one with a fair amount of turbulence – by the time you land, you may be glad to hear that it is smooth sailing from here on out.

You can watch GREAT PRETENDER Case 2 via Netflix.