Great Teacher Onizuka Is a Great Time With Onizuka 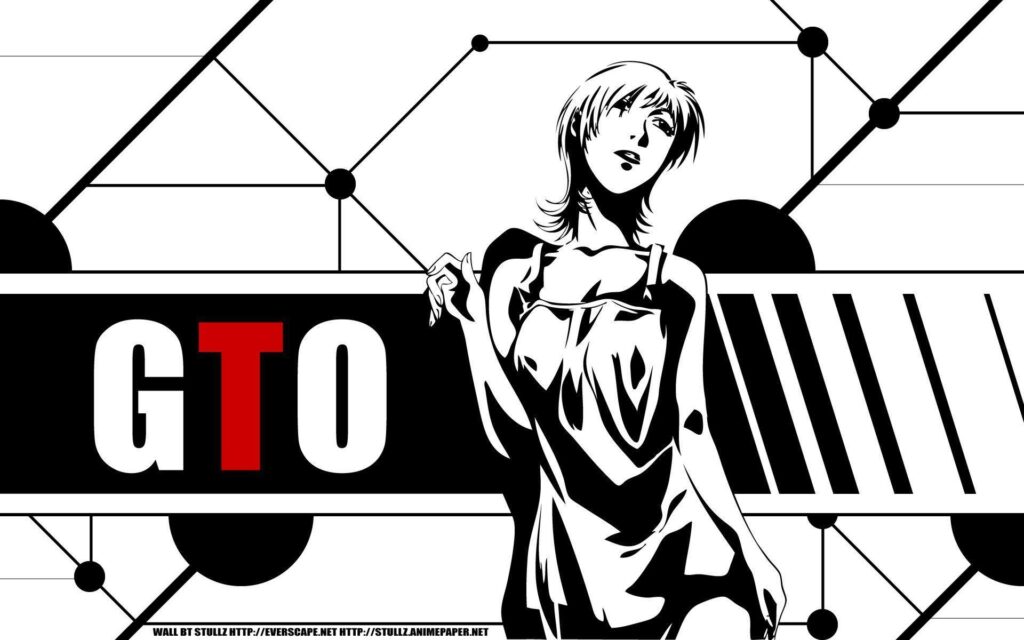 Onizuka Is a Former Gangster Just Doing His Best

The fish-out-of-water trope is a pretty common way for a narrative to deliver loads of exposition to the audience. It’s also often used to make the audience somewhat sympathetic or otherwise identify with the main character, or the fish in question.

Great Teacher Onizuka uses this trope to comedic effect, as the audience is drawn into his habit of getting in over his head while trying to reach his students.

Great Teacher Onizuka follows 22-year-old Eikichi Onizuka as he attempts to be the best high school teacher he can despite his rough-and-tumble roots. Onizuka and his friend Ryujin Danma are former biker gang members who have given up their gang lifestyle in order to go straight. Ryujin manages a motorcycle shop, but Onizuka’s dream is to become a teacher.

For most of the first episode of the anime this is mainly to enter into a relationship with a high schooler (Onizuka specifically mentions 16-year-olds, which is a legal age of marriage in Japan), but after being tricked by a group of unruly students he swears it off and vows to help them with their problems as best he can.

In the original manga Onizuka is a teacher at a middle school, and is initially interested in pursuing the students’ mothers, but eventually is more focused on his fellow teachers. He also instead does his best to teach his students valuable life lessons. In fact for a while there was a way that he would impart these lessons directly to readers.

Despite his best intentions, Onizuka is often depicted as being incredibly perverted, and this often leads him to be taken advantage of, specifically in the first episode of the anime. He’s no Spike Spiegel (Despite both being voiced by Steve Blum), but he’s notably strong and skilled in martial arts, frequently bragging that he was captain of his school’s karate team.

He’s frequently shown as being able to take down multiple opponents. He’s also often incredibly lucky, and it’s been noted by people like Ryuji. As a former yanki or bosozoku Onizuka is frequently seen riding a motorcycle around the streets of Tokyo. 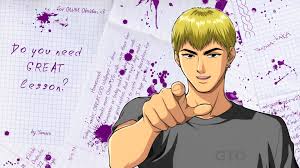 Ryuji Danma has been Onizuka’s best friend since long before the events of Great Teacher Onizuka. Ryuji’s bike shop provides him with a much greater sense of stability, as well as profit, and as a result, he often loans him money. Ryuji seems to have gone genuinely straight and genuinely wants the best for Onizuka.

After Onizuka lands at Holy Forest Academy, he falls for Azusa Fuyutsuki, another teacher at the school. She’s featured prominently in the anime and is considered by some to be the “heroine” of the series.

Her initial modest and shy demeanor belies a tough and incredibly zealous personality, which often takes Onizuka by surprise. Onizuka and Fuyutsuki have a “will-they-won’t-they” dynamic, and initially came together after Onizuka beat up someone who was ogling her, who turned out to be the vice-principal of the school he was applying to.

That vice-principal is Hiroshi Uchiyamada, who more or less functions as the villain throughout the series. Uchiyamada is a super-strict teacher who is perturbed by the way that Onizuka presents himself and behaves in front of his class.

Uchiyamada is an example of someone who’s done everything by the book his whole life to get where he is, and he often holds that over the heads of others. He has a very particular view of what teaching is, but eventually comes around to considering other perspectives after witnessing the lengths that Onizuka will go for his students.

Great Teacher Onizuka is actually the third in a series of manga written and illustrated by Tohru Fujisawa. Previously the characters of Onizuka and Ryuji were introduced in Shonan Junai Gumi, which shows the boys in their biker gang days. While they are pretty well-respected bosozoku, they have trouble wooing women.

The manga follows them as they attempt to change their ways and woo the opposite sex. This series introduced a few characters that reappear in Great Teacher Onizuka and spawned a 5-episode OVA as well as a live-action series.

Just before GTO was released, Tohru Fujisawa released Bad Company, a one-off prequel manga that explains how Ryuji and Onizuka met and their first adventures together. This actually spawned a live-action film.

One of the things the Great Teacher Onizuka manga and anime are noted for are the grotesque faces that Onizuka will pull whenever something important happens. Usually, it expresses dismay, sometimes it’s lust, but there’s a very specific kind of detailed face that Fujisawa will draw when such a moment occurs.

This face is not limited to Onizuka, and sometimes other characters like Uchiyamada will have these very specific looking grotesque faces that seem otherwise out of place in the rest of the anime and manga.

The series had a couple of spin-offs that took Onizuka out of his normal settings in Tokyo to get into misadventures elsewhere. GTO-Shonan 14 Days ran for two years and featured Onizuka helping out at a school for troubled youth in Shonan.

Canonically Onizuka had to flee from Tokyo after admitting on a TV show to some of his shenanigans with his students, which lands him working with a friend of Fuyutsuki in Shonan. The current run is GTO: Paradise Lost, which finds Onizuka working with a class of young celebrities and other affluent students.

Great Teacher Onizuka is a classic raunchy anime formula with a fish-out-of-water twist. In addition to its spin-offs and OVAs, it’s also launched more than one live-action series in Japan.

There’s even been an entire series that takes place in Taiwan. It wouldn’t be out of line to consider Great Teacher Onizuka a classic anime and manga series.