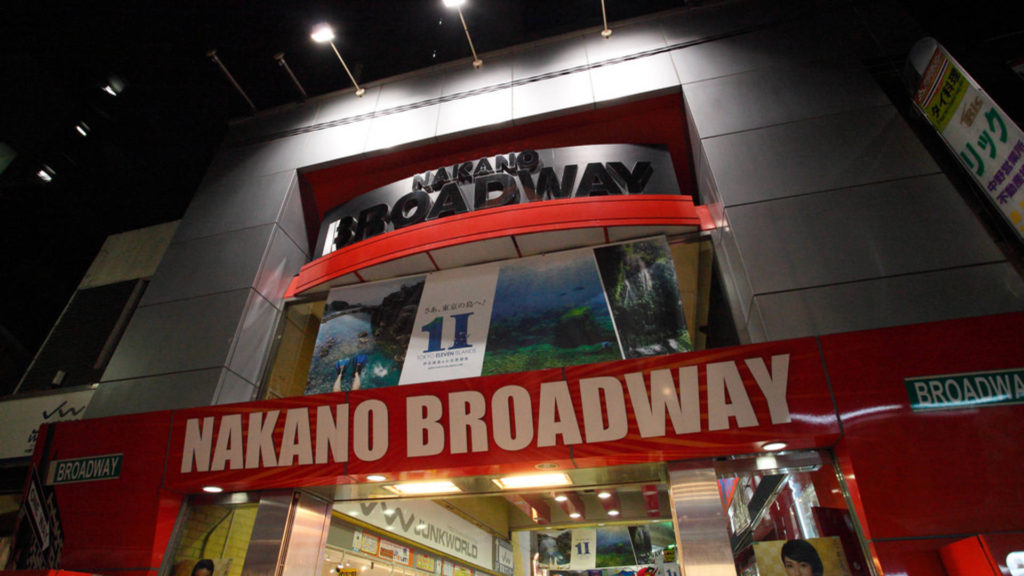 Once upon a time between an alley leading into Nakano Sun Plaza and a local-branch of Yoshinoya, where a small pharmacist now stands, there used to be a timeless café by the name of Meikyoku Kissa Classic. Its leaning walls, old 78 RPM records, and horribly sweet coffee had been a haven for people wanting a reprieve from the overcrowded streets of Nakano for seventy glorious, long years.

The café was something special for a long list of reasons. Having survived the bombings of World War II and the endless decadence of the early 90’s, however, it was finally torn down in 2005 when owner Yoshiko Mimasaka passed away. (A second generation location has since opened in Koenji carrying over all of the furniture and records. You can look for Meikyoku Kissa Renaissance to find it.)

To this day, Classic is still one of my favorite spots in Nakano — even a decade plus after its destruction. It represented many of the ward’s defining quirks. Tenacious, obsessive, obscure, mysterious, weird; it was a spot that defied time and space, almost as if it existed in a dimensional warp known only to the savviest of explorers. Nakano houses many of these worlds in its endless corridors and corners. A realm for every obsession, each more bizarre than the last. Nakano was where I was born, and Nakano is where I learned that the rest of the world is not Nakano. Walking through Sun Plaza into Broadway is like crossing the threshold of the regular human world to that of uncontrollable fantasy. The brightly lit shopping strip at the front is squarely a spot for families and hungry weekenders, unremarkable save for maybe the density of pedestrians in this age of dying shotengais. However, as you reach the end of the strip, you may begin to notice a few fast-footed geeks striding defiantly against the crowd to reach the gates of Broadway.

There is a clear distinction that Broadway doesn’t reside in the same world from the get-go. A giant wall of rare doujins to the right, a used PC parts store to the left, and a general sense of eeriness to the dim lighting. Its still populated with people, but they seem to be here for a wholly different reason than the normals outside. You’ve just entered Broadway, the Holy Land of Subculture.

From the very beginning, the Broadway building was fraught with complications. A whole book can be written on this subject alone, but the long and short of it is that it cost ¥60,000,000 to construct (in 60’s money no less) and had a laundry list of people with a finger in the same pie. One of which was the children of a former Japanese General who committed suicide after the fall of Imperial Japan. Incurring debt was like breathing air for the people attempting to maintain development, and construction had taken a large hit for it. With the grand design altered to favor both convenience and money for those involved, corridors inevitably turned into unintelligible spaghetti, with most corners leading to painful dead-ends. Storefronts are commonly hidden from pedestrians by random walls, and escalators and elevators are often placed in the most inconvenient locations for workers and customers alike. Its a far cry from what could have been.

This was the late 80’s and early 90’s, a time when money was flowing in uncontainable streams. Shinjuku and Shibuya were booming, absorbing cash flow like a parched sponge, thus sucking up revenue from most of the surrounding areas. No sane business owner would set up shop here, much less make a profit. The chaos within the walls was much too untamable, the world outside much too alluring. That was, of course, until rent prices were so low that one individual couldn’t pass up on the opportunity.

As those fortunate enough to have visited Nakano Broadway before may already know, a good 40% of the location is occupied by Mandarake, a used merchandise, and subculture haven. With a charming Kowloon-esque aesthetic and a penchant for scaring the life out of children, there’s a whole lot to be said about the now legendary location.

Founded by Furukawa Masuzo in 1980, the former comic creator-gone-psychonaut entrepreneur clearly envisioned something incredible when he modestly borrowed the initial 6.5 square meter share space that would become Mandarake. Filled to the brim with old comics, signatures of famous creators, and animation cells, the visionary was able to capture the ease of access to creators in nearby locations and bring a bit of their magic to the general public. As patronage increased, the tiny store grew steadily until he was able to incorporate in 1987, spreading like wildfire into the surrounding unoccupied spaces. Once he obtained the main space on the third floor, the entire building breathed a new life never seen before.

I remember it clearly, the first time I went up that escalator to the third floor in Broadway — it was nearly 20 years ago. The sheer amount of information being presented to me in one moment was enough to give me a fever that night. Since then, I’ve been totally obsessed with the place. It was a dark portal to every material thing that I’d ever want to be around in life. Mandarake was a catalyst for every niche hobby to find purchase in at Broadway.

Stores that exclusively sold Warhammer 30k miniatures, weapon shops selling faux blades, tacky shirt stores, a dozen different branches of Recomints (now defunct), an arcade dedicated specifically to “poverty” fighting games, fashion doll stores, a real-deal military surplus store, a bookstore filled with poetry and leftist literature, a bookstore filled with really questionable pornography and more. It was the only place you could buy a rare Otomo Hiroyuki compilation comic, cross the path to get your fortune told, go upstairs to look at animation cells, and then go downstairs to the basement to get some bleeding edge Japanese fashion.

The stores were strange because that building was the only place where they could thrive without judgment, not because they had any notion of strange subcultures being cool. Just as that sentiment was starting to turn on its head, however, Murakami Takashi began his expansion into Broadway totally changing what it means to be a nerd in the modern age.

As Meikyoku Kissa Classic was beginning to be torn down, Murakami Takashi was in the middle of his big foray into becoming the pop art legend he is today. His DOB series was a giant success, and his collaborations with figure maker and sculptor Bome regularly netted billions of dollars in the art market. He had rebranded nerddom as profitable, using Superflat aesthetics to validate the previously socially embarrassing past-time. Murakami was a household name in Japan; from Louis Vuitton to Kanye West, he had permeated the zeitgeist of the 00’s in a deep way.

One of the methods he used to retain a sense of currentness was to begin hiring prolific net illustrators and artists such as JNT, ob, and the now independent Chaos*Lounge crew to aid him in creating relevant work. In order to maximize the effectiveness of his new hires, Murakami opened Kaikai Kiki Gallery so that he could feature them and other internet-based artists in a fine art context, suddenly legitimizing an art form that was essentially no-brow. Something neither low for its subject matter or high for its commercial usability. Several new Murakami affiliated galleries and stores would pop up soon after, solidly ingraining his influence in the building. Almost overnight, Broadway becomes a hub for young artists and creators as a place to connect, research, and create.

Nakano Broadway is where I learned to be a creator as well as a consumer. Its a place where subcultures collide and new worlds are born, bringing waves of new appreciators with them. Its a place I sincerely want the best for, and god willing, a long and healthy lifespan. As it stands, the new Murakami developments are bringing in new customers from around the world, all of whom I hope grasped the magic of Broadway. Every dim corridor, every nonsensical corner of this building should be protected, and every weird soul that resides it celebrated.

Mandarake Grandchaos to move to new location in Osaka